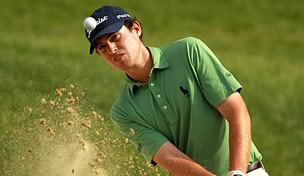 Drew Weaver has become accustomed to flying under many observers’ radar, but given his recent run it doesn’t seem his obscurity will last much longer.

Weaver earned a spot into this week’s United Leasing Championship on the Web.com Tour on Monday, scorching the qualifying course with a 10-under 61, and prior to that the 2007 British Amateur champion had been even more impressive on the eGolf Tour.

In his last six starts on the developmental circuit, Weaver has a victory, four runner-up showings and a tie for eighth. It may quietly be the best summer in golf and getting louder with each round.