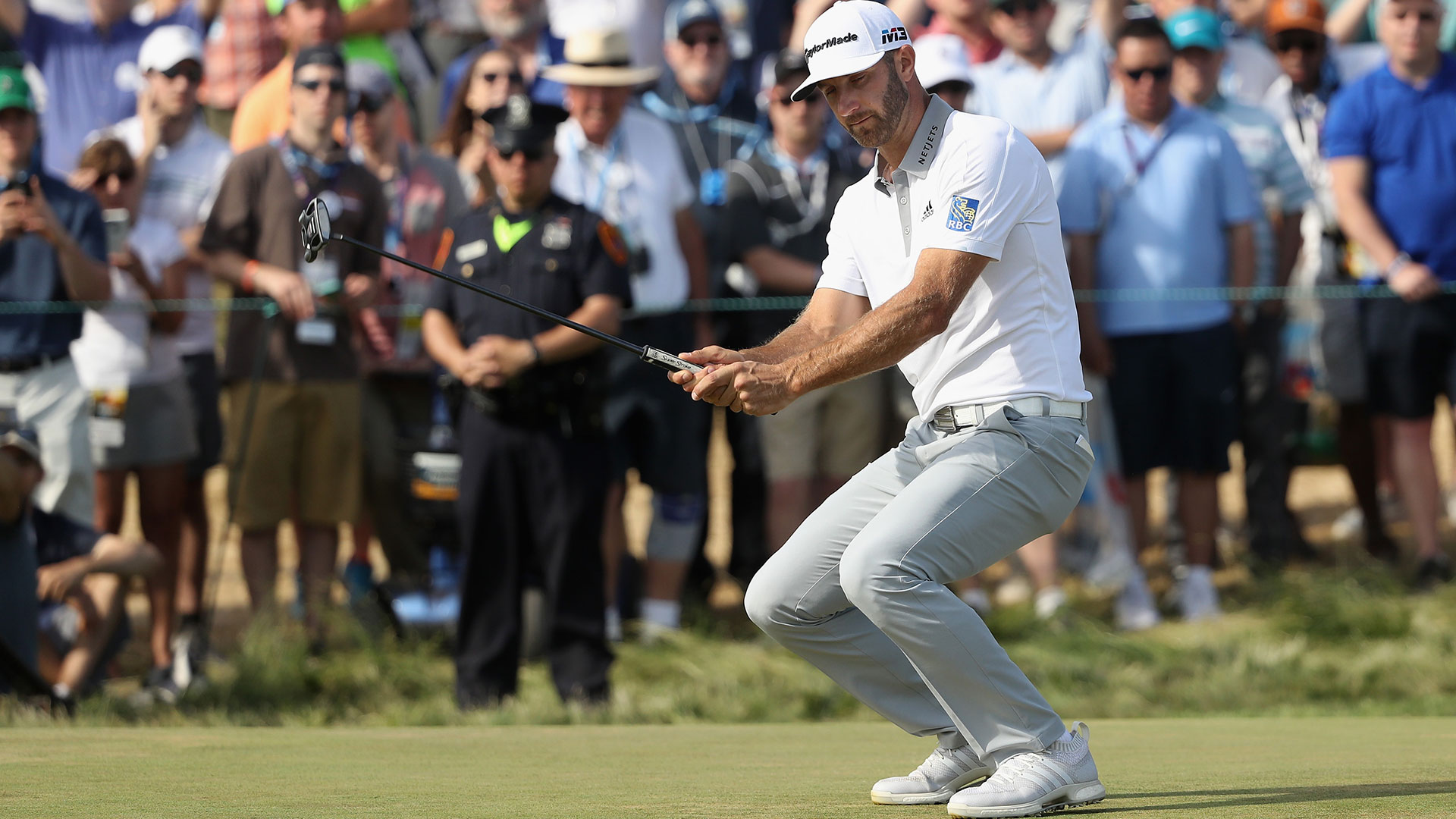 SOUTHAMPTON, N.Y. – While the course conditions during the final round of the U.S. Open were decidedly different than the day before, Dustin Johnson’s struggles on the greens remained the same.

Johnson appeared in command of the tournament at the halfway point at Shinnecock Hills, building a four-shot lead as the only player under par. But he, like many of the leaders, fell victim to borderline third-round conditions and struggled to a 7-over 77.

That still left him with a share of the lead at 3 over heading into the final round and a great chance to earn his second U.S. Open title in the last three years. Instead, he couldn’t keep pace with playing partner Brooks Koepka, shooting an even-par 70 to finish alone in third while Koepka went two shots better to successfully defend his title.

Johnson declined to speak with media following his round.

Johnson was 2 over for the week heading to the back nine on Sunday, only one shot behind Koepka. But he made three bogeys on the inward half, including dropped shots on Nos. 11 and 14 that effectively ended his title chances.

The culprit for Johnson’s regression was clear. After leading the field in strokes gained: putting through the first two rounds, he couldn’t get comfortable on the greens on the weekend.

Johnson needed 38 putts to complete his third round, T-64 among the 67 players who made the cut, and his 35 final-round putts were T-63 in the same category.

Despite the putting woes, Johnson has now finished T-4 or better at the U.S. Open four times in the last five years. In addition to his third-place showing this week and his win at Oakmont in 2016, he also tied for second at Chambers Bay in 2015 and was T-4 at Pinehurst the year prior.