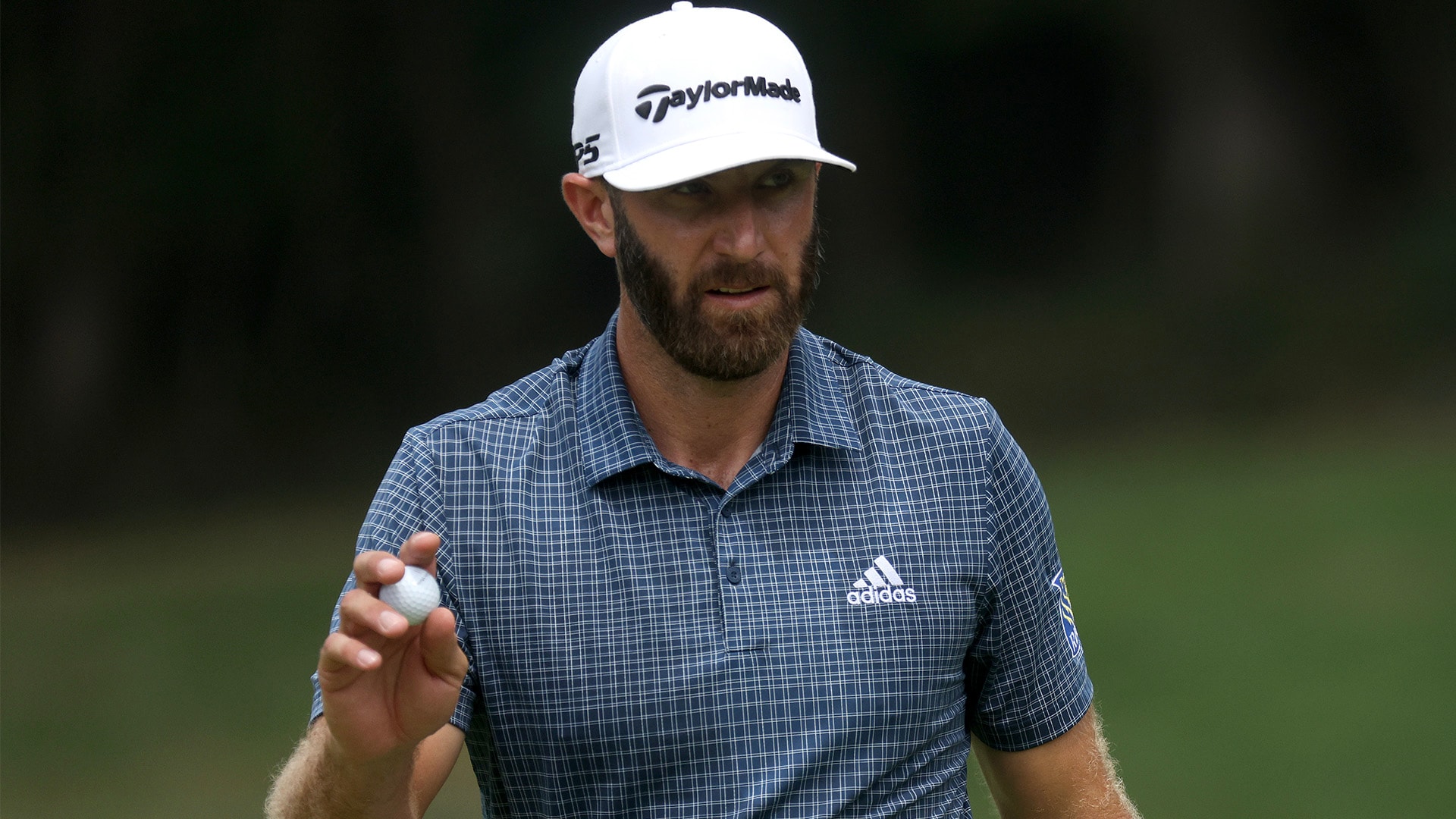 OWINGS MILLS, Md. – Earlier this week at the BMW Championship, Jon Rahm was asked after an opening 64 how he was able to bounce back so quickly from a disappointing close at last week’s Northern Trust.

Rahm, of course, referenced “Ted Lasso,” the popular Apple TV series, starring Jason Sudeikis, about a small-time football coach who is hired to coach a professional soccer team in England.

“I must say, for all those Ted Lasso fans out there, be a goldfish,” Rahm said. “If you haven't seen the show, you've just got to check it out. I feel like almost everybody knows. … Basically, the happiest animal in the world is a goldfish. You know why? He's got a 10-second memory.”

Naturally, this follow-up question was asked: Who's the best goldfish out here? Rahm didn’t hesitate.

“Oh, without a doubt Dustin Johnson,” Rahm said. “He has the ability to forget unfortunate moments better than anyone else.”

On Saturday, Johnson was quizzed on why the goldfish is the happiest animal in the world. Johnson didn’t know the answer, but after being told it’s because the goldfish has no memory, Johnson could relate.