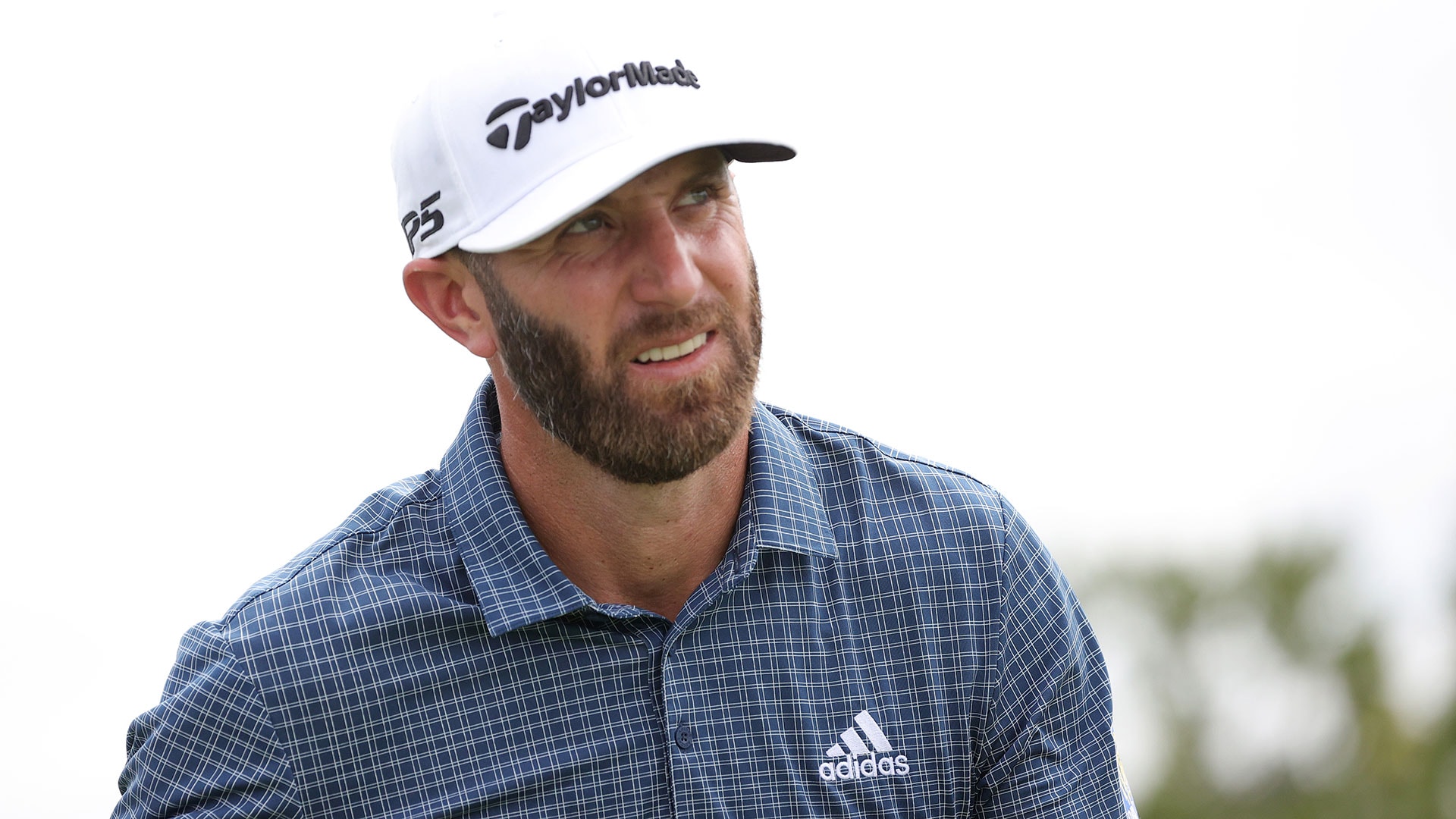 JERSEY CITY, N.J. – Dustin Johnson's 1-under 70, which has him T-34 after Round 1 of The Northern Trust, might be more impressive than it seems.

Before Johnson's round, he noticed a crack in the crown of his TaylorMade SIM2 driver – the club with which he won last year's FedExCup and Masters. Knowing he'd be without his driver for the day, Johnson had a 3-wood retrieved from his car, which he received on the second hole.

Johnson ranked T-85 in driving distance, averaging 285.6 yards across all holes.  But if Johnson couldn't get his 3-wood, he thinks he would have still salvaged his round.

But while Johnson was working out his adventure on the course, another one was taking place off it, trying to get a driver for Round 2.

Unable to have a driver shipped to Johnson in time for his Friday morning tee time, Keith Sbarbaro, TaylorMade's Tour rep, scrambled to find the two-time major champion a proper replacement.

Sbarbaro was playing at Baltusrol Golf Club in Springfield, New Jersey, about 30 minutes away from The Northern Trust's Liberty National. Sbarbaro then ran out to a PGA Tour Superstore and found a used 10.5 degree SIM2 for Johnson, which Johnson was ready to test out on the range after his round.

"I've got a couple [driver] heads that I'm going to go try to hit," he said. "Keith got me a couple heads."

In Round 1, Johnson tallied three bogeys, one of which came on the first hole shortly after he discovered he'd be driver-less while trying to defend his Northern Trust title and notch his first Tour win since November. But the 38-year-old wasn't phased by the uncertainty.

"The first few holes, it took me a minute to kind of get back into what I was doing, just because – especially a day like today with the wind blowing as hard as it is, for me, having a driver, which is kind of the club that I like to hit all the time off the tee, really," he said. "Threw me for a loop there because it was literally 10 minutes before I was teeing off when it happened. Managed to get a decent round in there."