DJ leads Harman by two at Tournament of Champions 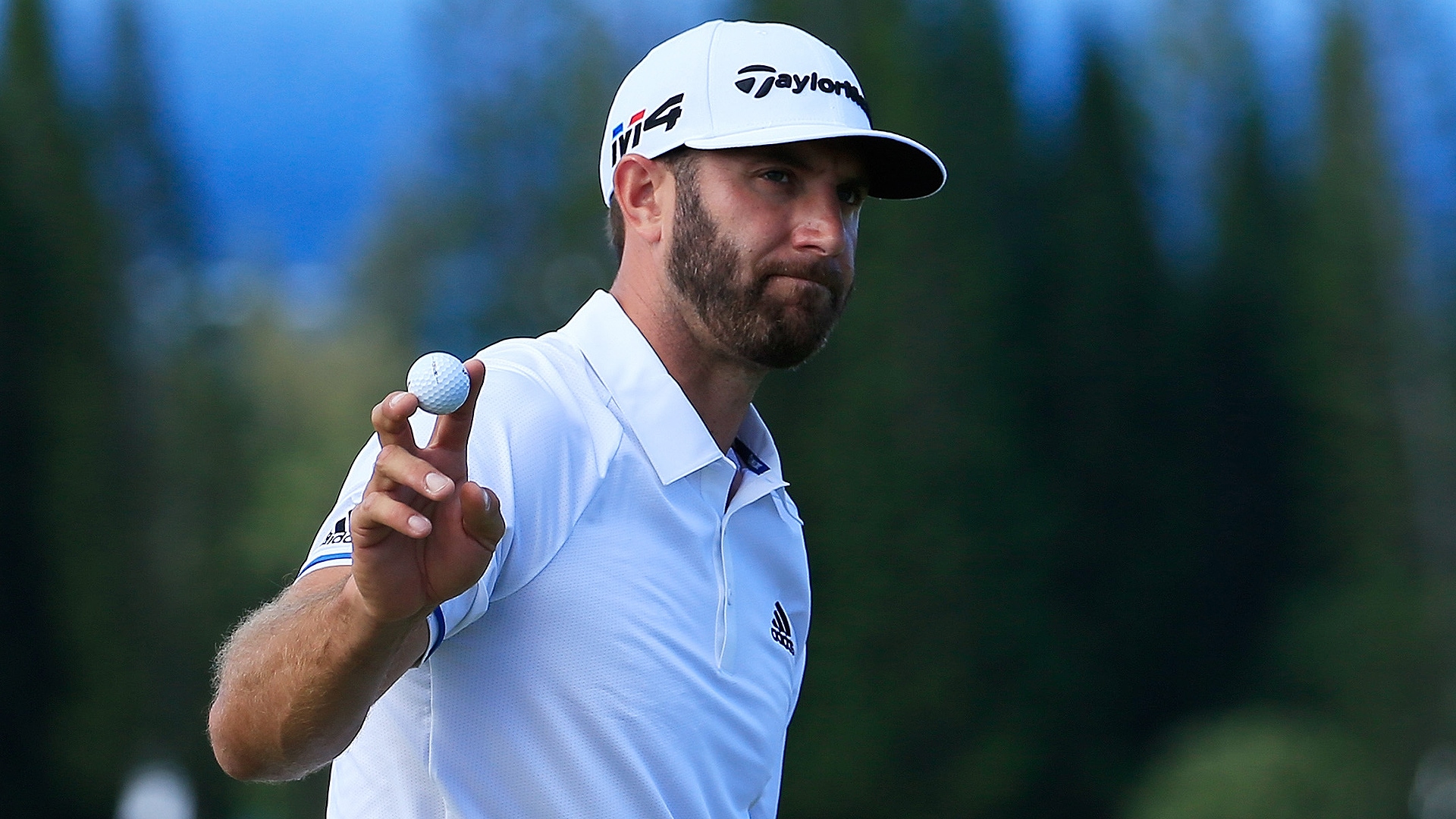 Thanks to a round of 7-under 66 and a birdie at 18, Dustin Johnson will take a two-shot lead over Brian Harman into the final round of the Sentry Tournament of Champions. Here's where things stand through 54 holes in Hawaii:

What it means: Johnson is hunting his 17th PGA Tour victory and his fifth in the last 11 months. The last time he took the lead into Sunday, he forfeited a six-shot advantage at the WGC-HSBC Champions. Should he close tomorrow, he would be the third world No. 1 to win the Tournament of Champions, joining Tiger Woods and Jordan Spieth. Johnson would also extend his streak of consecutive seasons with a PGA Tour victory to 11. The only other player with a similar steak in the last 30 years is the aforementioned Woods, who went 14 in a row. Chasing DJ on Sunday will be Harman, who edged DJ at the Wells Fargo Championship last May, Rahm, who went head to head with Johnson in the Match Play finals last year, Fowler, who fired a final-round 61 to win the Hero World Challenge in December, and Dufner, who came out on top at the Memorial last June.

Round of the day: Johnson raced out in front with three birdies on each nine and followed up his only dropped shot at the par-3 11th with a hole-out eagle at the par-4 12th (see below).

Best of the rest: Playing his first Tournament of Champions, Rahm vaulted up the leaderboard with a 66 of his own, this one bogey-free. The fiery Spaniard played his final five holes in 5 under par with three birdies and an eagle at the par-5 15th. The fourth-ranked player in the world will start the final round four back.

Biggest disappointment: Overnight leader Marc Leishman fell out of contention with a 3-over 76. The Aussie was 4 over on his round before before he made the only birdie of his round at 16.

Shot of the day: Johnson’s pseudo-bump-and-run for eagle from 65 yards at the par-4 12th.

Quote of the day: "I'm not going to play any different tomorrow. ... It was just kind of a fluke day [in China]." - Johnson