Dustin Johnson moves in sight of another win at Saudi International 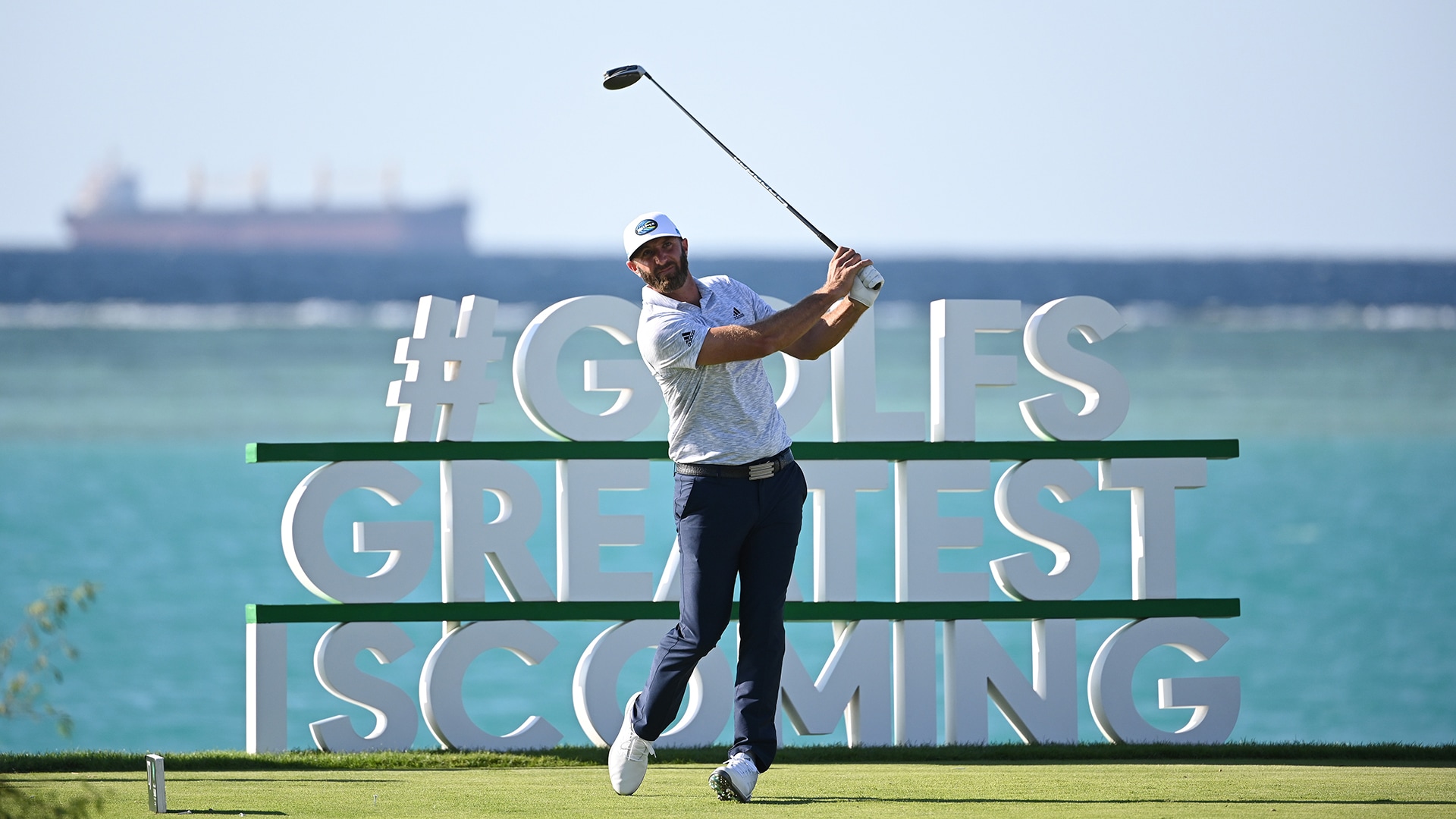 KING ABDULLAH ECONOMIC CITY, Saudi Arabia — Dustin Johnson is in sight of another victory at the Saudi International, a European Tour event the top-ranked American has virtually made his own.

Johnson birdied the last two holes of his third round to shoot 4-under 66 and take a two-stroke lead on 13 under overall on Saturday as he looks to win the tournament for the second time, after the inaugural edition in 2019.

In the defense of the title last year, he placed second behind Graeme McDowell.

“I would say the game is in better form right now than two years ago,” said Johnson, the reigning Masters champion, “but I think I holed a lot more putts two years ago than I did this year so far.

They are all chasing a player who has had six top-three finishes in his last eight events stretching back to the PGA Championship in August.

Johnson returned to Royal Greens Golf & Country Club early Saturday to complete his second round and rolled in a birdie putt from 15 feet at the last for a 6-under 64, leaving him a shot off the lead shared by Ryan Fox and Stephen Gallacher.

Johnson moved into a share of the lead by the second hole of his third round and the outright lead by the time he reached the back nine. He brought the field back into play, though, by making a double bogey at No. 13 — for his first dropped shots of the week — after a poor 8-iron approach shot from the middle of the fairway that fell 30 yards short.

He reacted by finishing birdie-birdie — his eagle putt at the last shaved the right side of the cup — to take command again.

“I was a little frustrated today. You know, I just try not to let it linger too long,” Johnson said. “I know I’m doing things right, but sometimes it just doesn’t go your way.

“But I still played a really solid round and real happy with the way I’m playing,” he continued. “A little frustrated maybe with the shot on 13. But other than that, very pleased with how I played.”

The Saudi International is the last of three events in the “Gulf Swing” that launches 2021 on the European Tour.