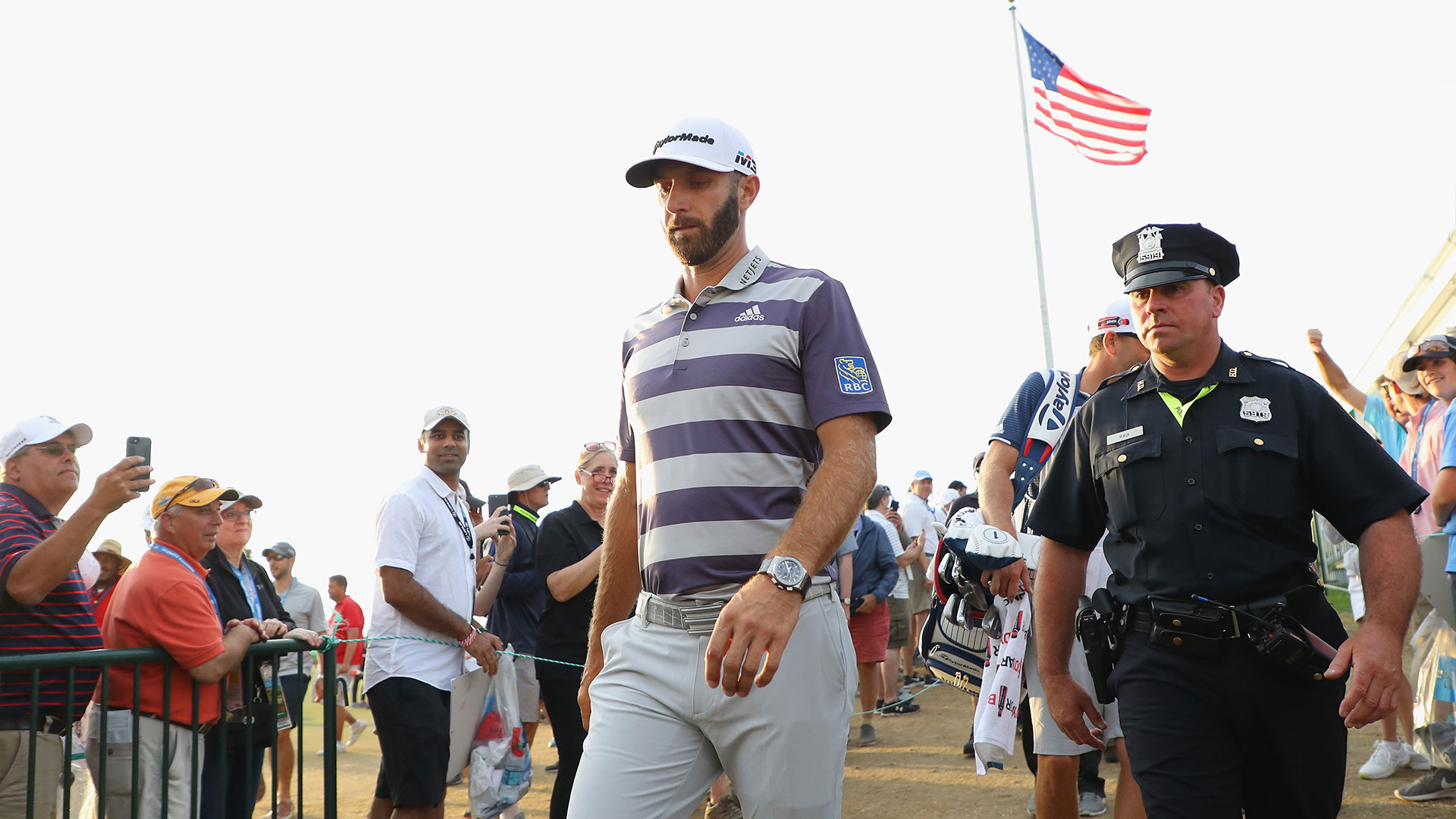 SOUTHAMPTON, N.Y. – The only thing that spared Dustin Johnson from another U.S. Open implosion is that everyone around him suffered on a Shinnecock Hills course that even the USGA conceded got out of hand Saturday afternoon.

Daniel Berger and Tony Finau were the exceptions, each posting a 4-under 66 about the time Johnson was just starting out on greens that became so slick that Phil Mickelson swatted a ball that was still moving on the 13th green and no one in the final 22 groups broke par.

Johnson, who started the third round with a four-shot lead, barely nudged his 17-foot birdie attempt on the 18th hole. It ran 8 feet by the cup and he missed the par putt for one last bogey and a 7-over 77.

''You were seeing shots that were well played and not rewarded,'' said Mike Davis, the chief executive of the USGA. ''It was a very tough test, but probably too tough this afternoon.''

Berger and Finau, who started the day 11 shots out of the lead, will play in the final group.

Johnson and defending champion Brooks Koepka will be right behind them. Koepka made only two birdies in a hard-earned round of 72, leaving him in position to become the first back-to-back winner of the U.S. Open since Curtis Strange in 1989.

Henrik Stenson made one birdie and picked up three shots on the leader.

Mickelson celebrated his 48th birthday by matching his worst score in his 27th U.S. Open with an 81, and he provided the snapshot of a day that was entertaining for reasons the USGA didn't imagine.

He went from behind the 13th green all the way off the front. His next shot was 18 feet above the hole. His bogey putt slid by, and after a few putts, Mickelson trotted after it and then stuck out his putter and hit the ball back toward the cup to keep it from running off the green. That's a two-shot penalty, giving him a 10.

''It's just a moment of madness,'' said Andrew ''Beef'' Johnston, who played with Mickelson and couldn't stifle a laugh.

Mickelson apologized if anyone was offended by his act, even after saying he knew the rules for hitting a ball in motion and was happy to take a two-shot penalty instead of playing a crude version of tennis.

Johnson didn't have anything that wild, rather more of a slow bleed that began with a shot off a sandy path and three putts on the par-3 second hole for his first double bogey of the championship. His lead was gone with a three-putt bogey on the par-3 seventh. He was back in the lead when everyone around him couldn't hang on. Justin Rose (73) and Stenson (74) also shared the lead at some point.

Rose was one shot behind, with Stenson another shot behind. Kiradech Aphibarnrat had the only other round under par. He teed off at 9:40 a.m. and had a 2-under 68 and was three shots behind.

The scoring average of 75.33 was the highest for a third round in the U.S. Open since 2000 at Pebble Beach.