DJ holes out on 18, wins by six in Memphis 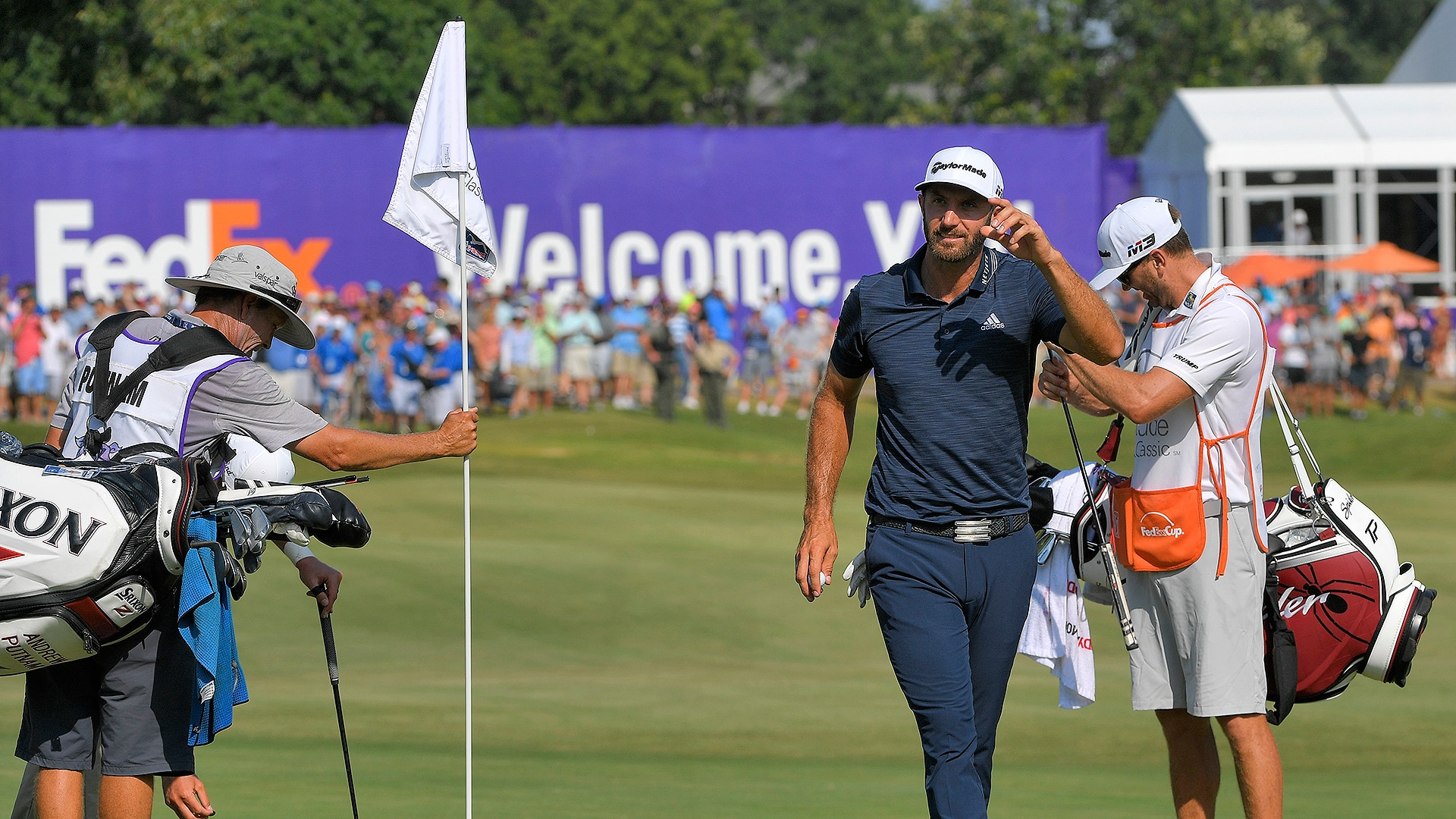 Dustin Johnson made it look easy on Sunday, winning the FedEx St. Jude Classic with an incredible eagle on 18. Here's the lowdown from the final round in Memphis.

What it means: DJ captured his 18th career PGA Tour title with ease. Starting the day tied with Putnam, DJ got the early break when Putnam doubled the first hole. Putnam never threatened DJ's lead, and Johnson essentially locked up the title with a 15-foot par putt at No. 12 and then a birdie at 13 to extend his lead to three strokes.

Just for good measure, Johnson holed out for eagle on the par-4 18th to win by six strokes.

With his second win of the season, Johnson took back the No. 1 ranking from Justin Thomas heading into the U.S. Open at Shinnecock Hills, where Johnson will try to become the first player to capture the U.S. Open after winning the previous week. Johnson tied Tiger Woods for the most wins since 2008 (18) and his second St. Jude win was his ninth since the beginning of 2016.

Round of the day: After missing two straight cuts, RSM Classic winner Austin Cook fired a 5-under 65 for a T-7 finish. It was his first top-10 finish of the year. And Phil Mickelson picked up some momentum heading into the U.S. Open with a Sunday 65 and a T-12 finish. It was his second top-15 finish in a row after a T-13 at the Memorial.

Best of the rest: Retief Goosen - who won the U.S. Open the last time it was played at Shinnecock - went 68-66 on the weekend to record his first top-10 of the year and first since the 2017 Puerto Rico Open.

Biggest disappointment: Wesley Bryan (T-12) had a chance to record his first top-10 finish of the year, but he struggled on Sunday to a 3-over 73 after three straight rounds in the 60s.

Shot of the day: DJ closed out the tournament with a bang: