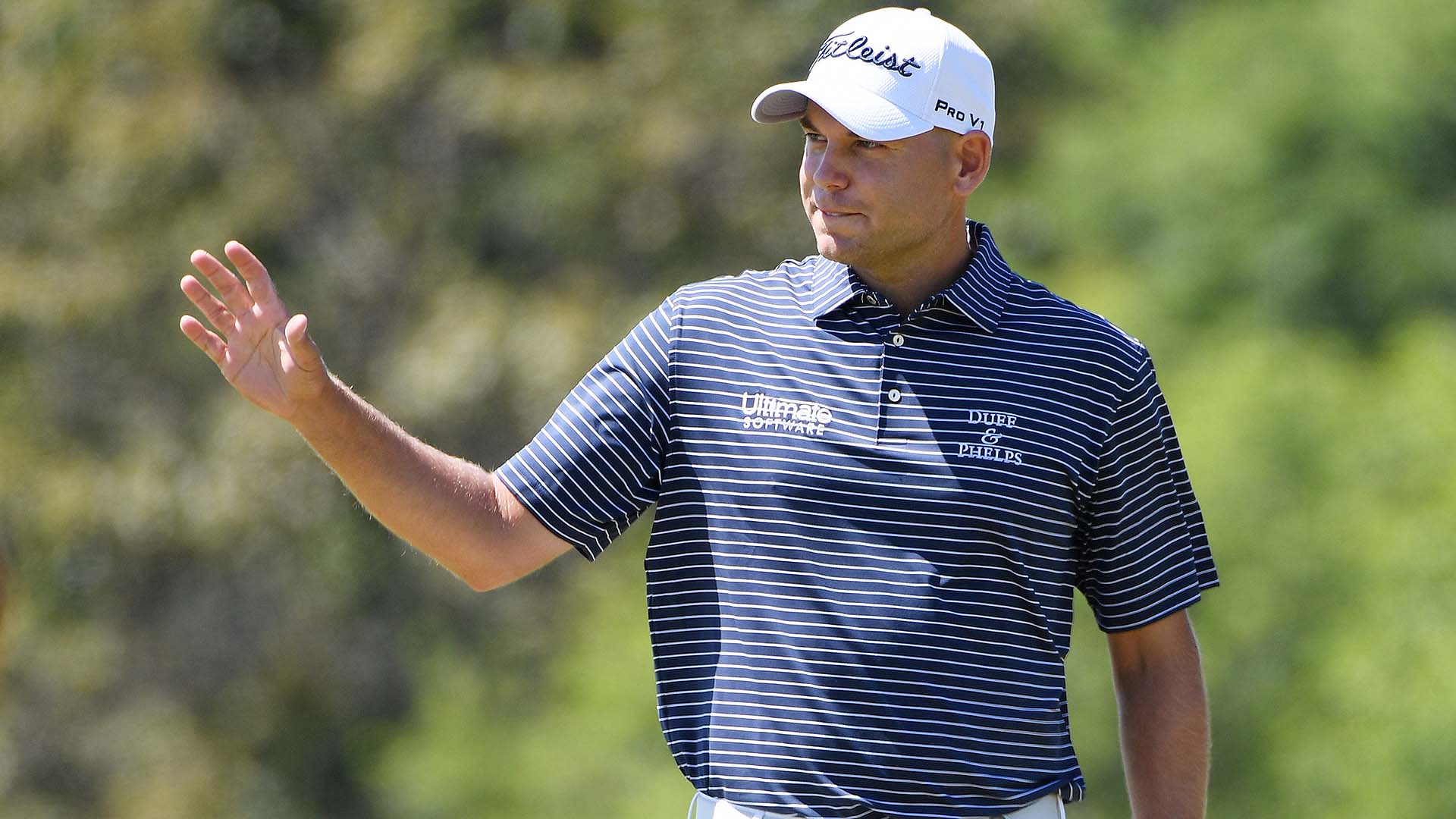 LOS ANGELES – It was a normal Tuesday on the PGA Tour for Bill Haas. He checked in with tournament officials, joked with members of the Riviera Country Club staff he knew long before he won the circuit’s annual L.A. stop in 2012 and spent some time working on his game.

It was the same routine for Haas at last year’s Genesis Open, before the predictable ebb and flow of life on Tour was shattered when his host for the week, 71-year-old Mark Gibello, offered to take him for a ride through the Pacific Palisades hills.

In the 911 tape later released by police, Haas described in a shaken voice a “horrible head-on collision” and Gibello’s Ferrari that was “caved in” on the driver’s side. When asked to describe Gibello’s condition, Haas’ voice trails off.

At 6:30 p.m. on Feb. 13, 2018, Gibello’s sports car clipped another car and caromed into a pole in the 500 block of North Chautauqua Boulevard, just a few miles from Riviera. Gibello was pronounced dead at the scene.

Haas and the driver of the other car, a 50-year-old woman (who was rescued by actor Luke Wilson who was also involved in the accident), were taken to a local hospital with minor injuries. One year later, Haas left leg - which was badly bruised in the accident - is fully recovered, but his mental scars from that horrific moment are still fresh.

Haas, understandably, withdrew from last year’s Genesis Open and he didn’t tee it up on Tour again for nearly a month. As he made the rounds on Tuesday at Riviera to prepare for this year’s event, the memories came flooding back.

“There are a lot of emotions that I keep inside that impact me in ways that I’m figuring out, whether that’s good or bad,” Haas said. “It’s given me a perspective.”

Haas is staying in Santa Monica this week with his wife, but that doesn’t mean he’s trying to forget what happened last year. In fact, he had dinner with Gibello’s wife on Monday night.

“It was nice to see her,” he said. “It’s something we are all still struggling with and thinking about. I’m learning how to deal with it and how to cope with any kind of tragedy.”

The emotional toll of last year’s accident has dovetailed with a particularly difficult stretch for Haas on the course. He has just two top-10 finishes since last year’s Genesis Open and he failed to qualify for last year’s playoffs for the first time in his career.

“I’m still figuring out what the cause of all that is, whether it’s physical, whether it’s mental. Once I’m inside the ropes at least I know that golf is something that I’ve done well before,” Haas said.

Whether the accident that took Gibello’s life is responsible for Haas’ on-course performance he can’t say, but in a cathartic way he admits that dealing with the tragedy has given him some perspective when things aren’t going his way professionally.

After getting off to a particularly poor start at the Waste Management Phoenix Open two weeks ago, for example, his aggravation was evident. But after missing the cut, his third missed weekend in his last four starts, he embraced a bigger picture.

“Let’s say I was playing equally bad golf and this hadn’t happened,” he said. “I don’t know that I’d deal with it as well as I have. It’s not the end of the world like it is for some people out here. That perspective at least helps me shoot 76, 76 in Phoenix.”

As he struggles for answers to questions that have filled his thoughts for the last 12 months he glances over his shoulder at a picture of his victory celebration in 2012 at Riviera.

“It’s a place that’s always been special to me having a win here. It’s one of my favorites. This place with the Wall of Champions is pretty cool,” he smiled.

That history, along with the type of retooled perspective that often accompanies a life-altering event, will help ease him back into a week that is anything but routine despite his outward attempts at normalcy.

“When you have a life-changing event, even though it didn’t change my life it certainly changed other people’s life, being able to handle that and know that I still have a family to go home to,” Haas said. “You never know what will happen tomorrow. Missing cuts isn’t the end of the world.”