Englishwomen on the rise for home major, Solheim Cup run 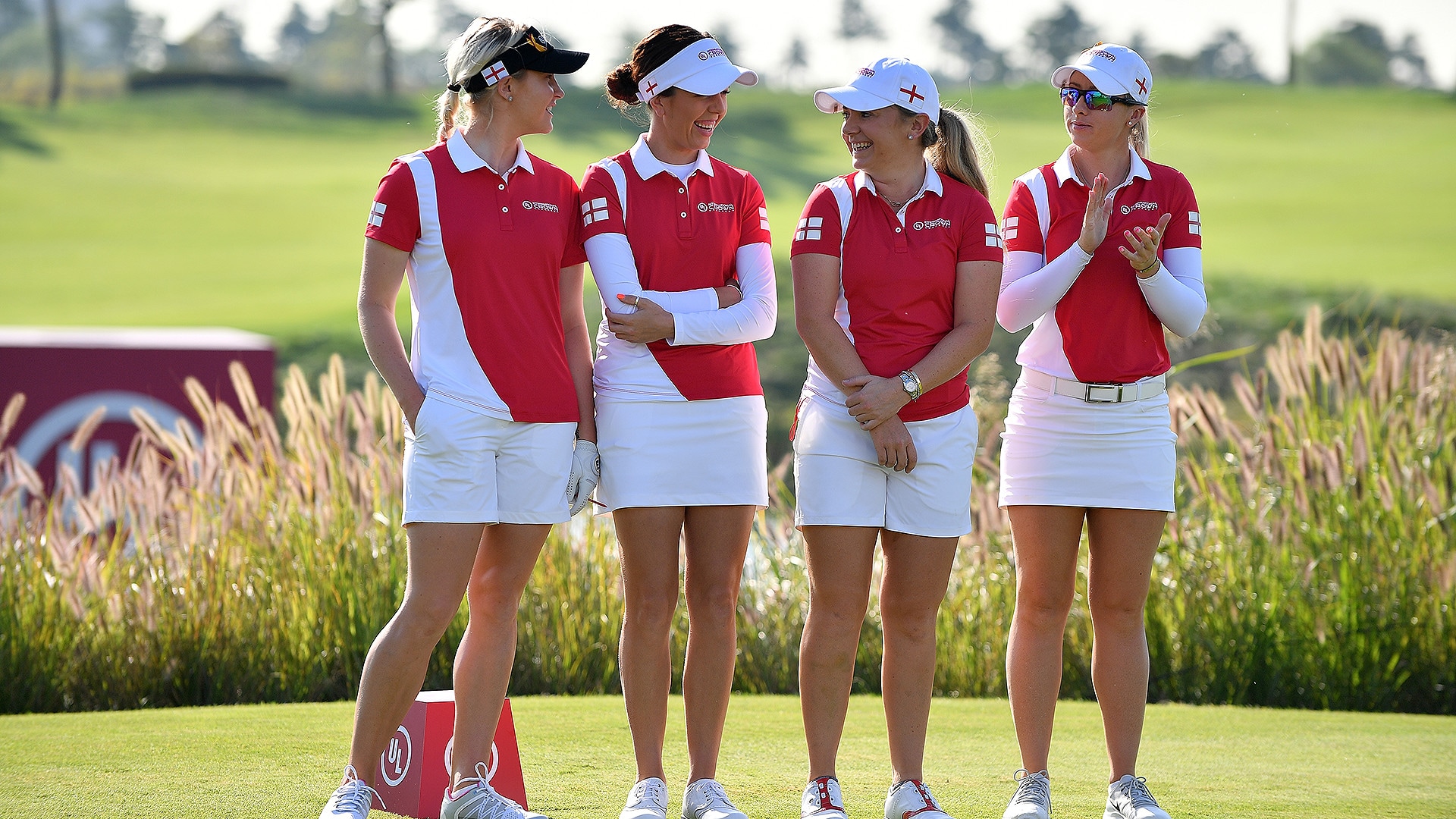 WOBURN, England – Georgia Hall was on vacation sunbathing in the Barbados late last year when a random beachgoer recognized her as the reigning Women’s British Open champion.

Of course, Hall is also getting noticed more at home. Her photo is plastered all over billboards and posters in and around Woburn this week with the AIG Women’s British Open back in England. When she won at Royal Lytham & St. Annes last year, the English came out in strength to watch the final round.

“It’s very special, for my face to be in a lot of places,” Hall said. “Very good Photoshop.”

Hall isn’t the only Englishwoman on the rise. That’s the thing this week. Hall may have opened the door to more breakthroughs among a dynamic group of her fellow countrywomen. There’s a lot for the homeland to get excited about with Woburn about 50 miles north of London.

Bronte Law won her first LPGA title at the Kingsmill Championship this spring, after losing in a playoff at the Mediheal Championship the week before. She’s now the highest ranked Englishwoman in the world at No. 22. Charley Hull, who is the real hometown favorite this week as a member at Woburn, is No. 27, with Hall at No. 30.

Mel Reid appears to be on the rise again, and Jodi Ewart Shadoff is in the mix to make another Solheim Cup team. Meghan MacLaren is an emerging talent on the Ladies European Tour.

England looks as if it will be the backbone of European captain Catriona Matthew’s Solheim Cup team, with possibly four or even five Englishwoman making the team that will be finalized after next week’s Aberdeen Standard Investments Ladies Scottish Open.

It will be reminiscent of those early European teams England’s own Mickey Walker captained. There were five Englishwomen on her ’96 European Solheim Cup team.

“The fact that there's potentially going to be four English players on the Solheim Cup shows, really, the strength of golf in England,” Law said. “All of us have been through that England setup, and it just shows the program that they have in place is one that's really working.”

Hall, Hull, Law and Shadoff were formidable in the team format.

“Shows the strength we have in match play,” Law said.

There was a chemistry that made the English one of the most entertaining teams competing in Korea.

“With us being such a small country, and to come in second to Korea, I think it was amazing,” Hall said. “We're all very, like, strong English people, and we get along very well. So, of course, we want to do the best we can for England and our country.”

Hall has enjoyed being the face of English women’s golf this past year, after making a major her first LPGA title. She joined Laura Davies, Alison Nicholas and Karen Stupples as the only English women to win majors.

Fourteen Englishwomen are in this week’s field.

“I know that there's a couple English amateurs playing this week that qualified,” Law said of Alice Hewson and Emily Toy. “I think they are part of the next group and wave of English players that are going to come through and do well on tour, as well.”