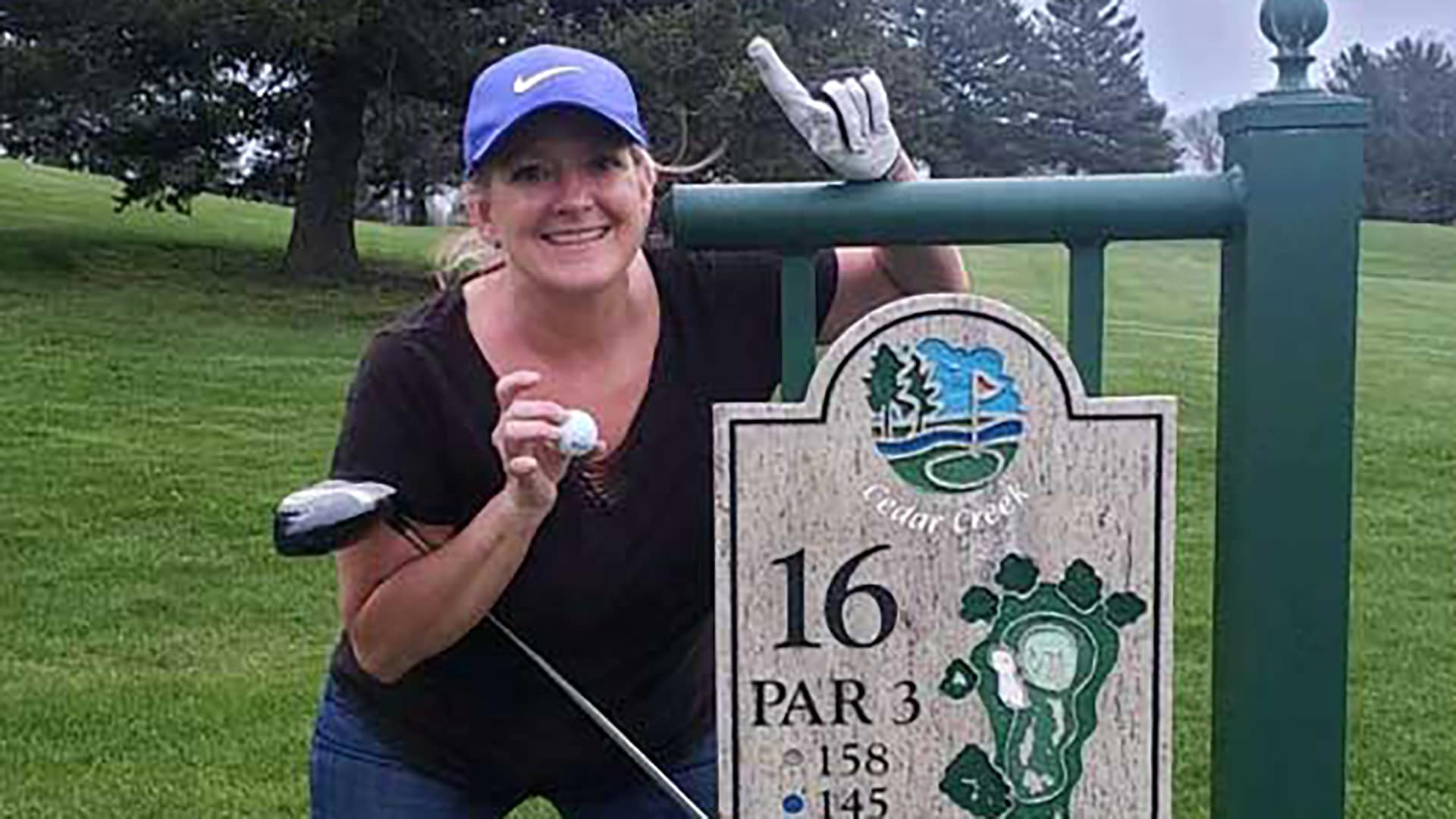 Here's further proof that the golf gods do exist.

An emergency-room nurse from Olivet, Michigan, recorded her first hole-in-one in just her third round of golf, according to a story by the Battle Creek Enquirer. The ace came at the 125-yard, par-3 16th hole at Cedar Creek Golf Club in Battle Creek, where Spitz recently became a member.

Spitz, who works at Sparrow Hospital in Lansing, hit driver on the hole and said her ball took a bounce off the cart path before dropping in the hole. It was also Spitz's first green in regulation on a par 3.

"I was just excited to hit a good shot," Spitz said. "So, when I saw it hit the green I was super excited. Then it kept rolling, and rolling and then it disappeared. Some friends we were playing with ran up and saw the ball was in the hole and started yelling that I had a hole-in-one. ... I didn't believe it at first, then I looked into the hole and there it was."