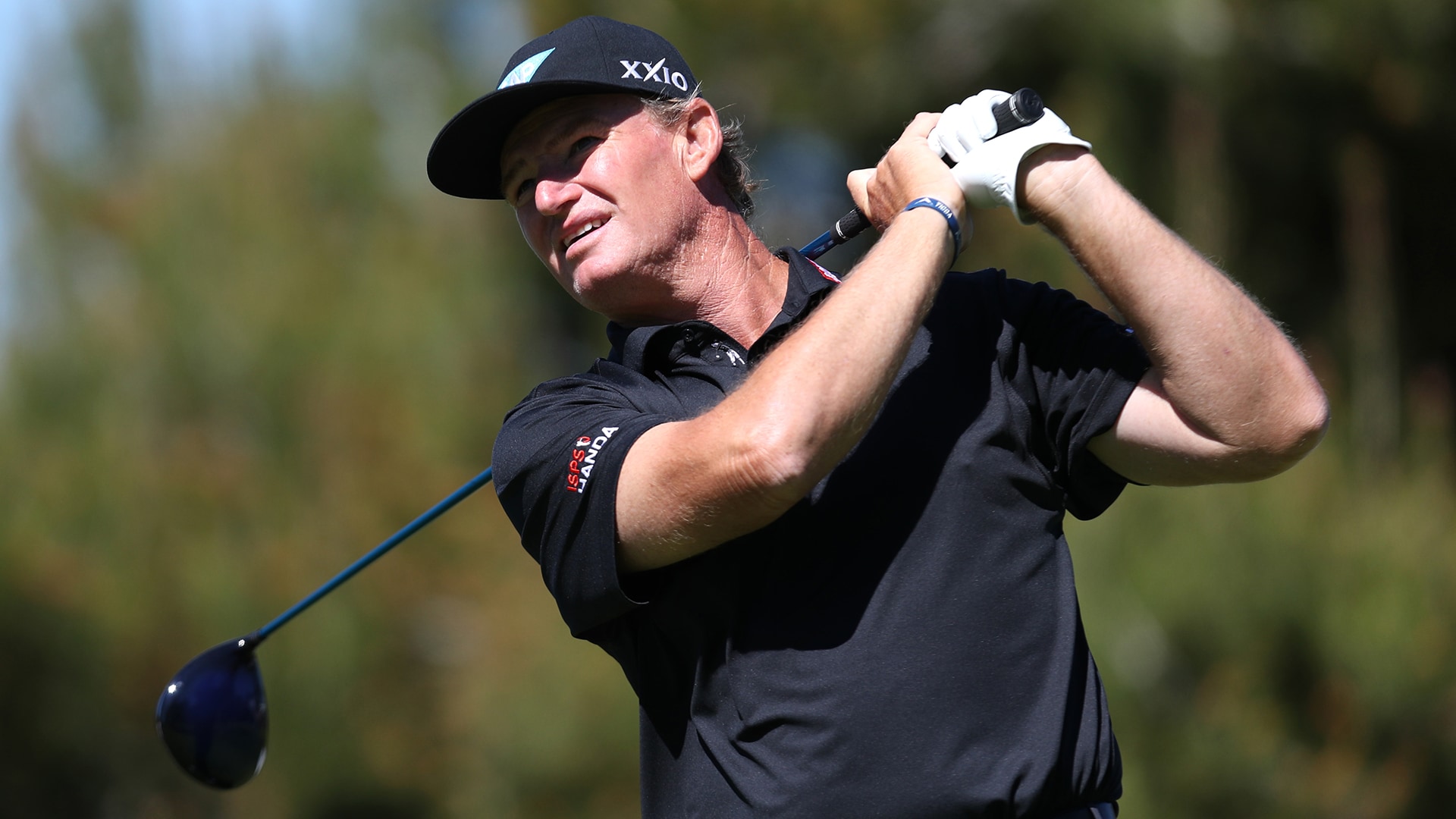 Els lost a playoff to Miguel Angel Jimenez in his debut in the season-opening Mitsubishi Electric Championship in Hawaii, then tied for 34th last week in the Cologuard Classic in Arizona.

Fellow Hall of Famer Fred Couples, trying to win the event from the third time at age 60, finished with a 66 to tie for second with Glen Day and Robert Karlsson.

Couples, also part of the playoff in Hawaii, parred the final six holes, chunking a chip on 18 to squander a good birdie try.

Karlsson bogeyed the 16th and parred the last two in a 66.

Defending Charles Schwab Cup champion Scott McCarron was fifth at 13 under after a 69.

Monday qualifier David Morland IV had a 71 to tie for seventh at 11 under. He opened with a 61.