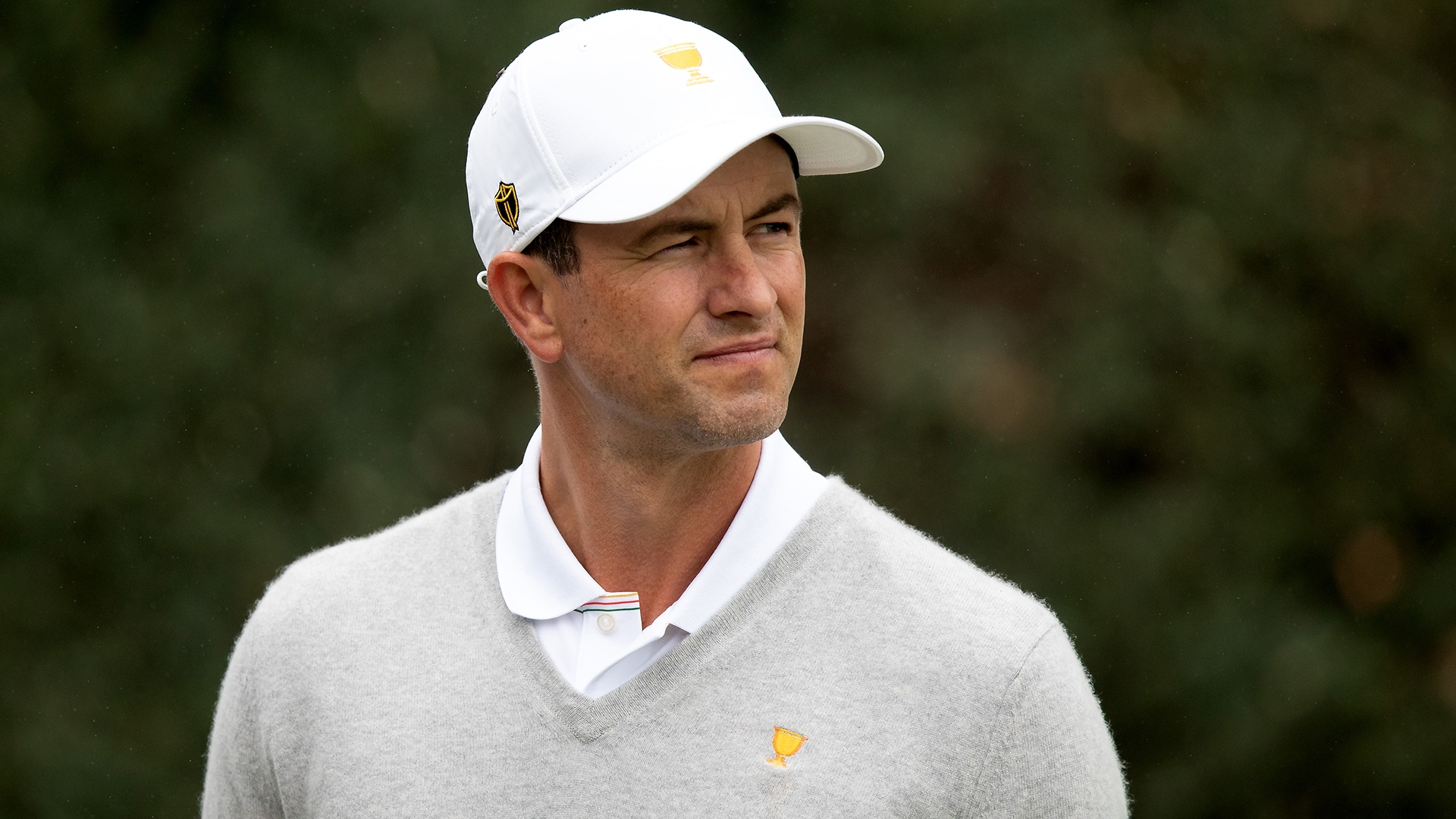 MELBOURNE, Australia – Adam Scott is the embodiment of the International Presidents Cup team’s woes in the biennial matches, having gone 0-7-1 in his career.

With that kind of history one would imagine a certain amount of uncertainty entering this week’s matches, but the Australian explained that’s not the case thanks to the vibe International captain Ernie Els is giving the team room.

“[Els] is very calm at the moment, it’s quite shocking for me, and I like that. That's giving me confidence,” Scott laughed on the eve of the matches.

Scott went on to explain that even though Els is known for his occasional meltdowns on the golf course, he learned very early that there is a method to his madness. In 2000 at Scott’s fourth professional event, he found himself paired with Els at the European Tour’s Loch Lomond Open.

“[Els] got off to a horrible start and he tore his caddie apart on the seventh green. I couldn't believe it. The Big Easy was just irate,” Scott laughed. “I thought to myself, this is no behavior that will lead to anything good. I was absolutely shocked, and I said to myself, well, he's got no chance.”

Scott went on to explain that Els played the next 27 holes nearly flawlessly and won the event. “I didn't learn much from my psychologist,” Scott laughed.