Even without Tiger and Phil, Justin Thomas and Co. set for world-class finish in Mexico 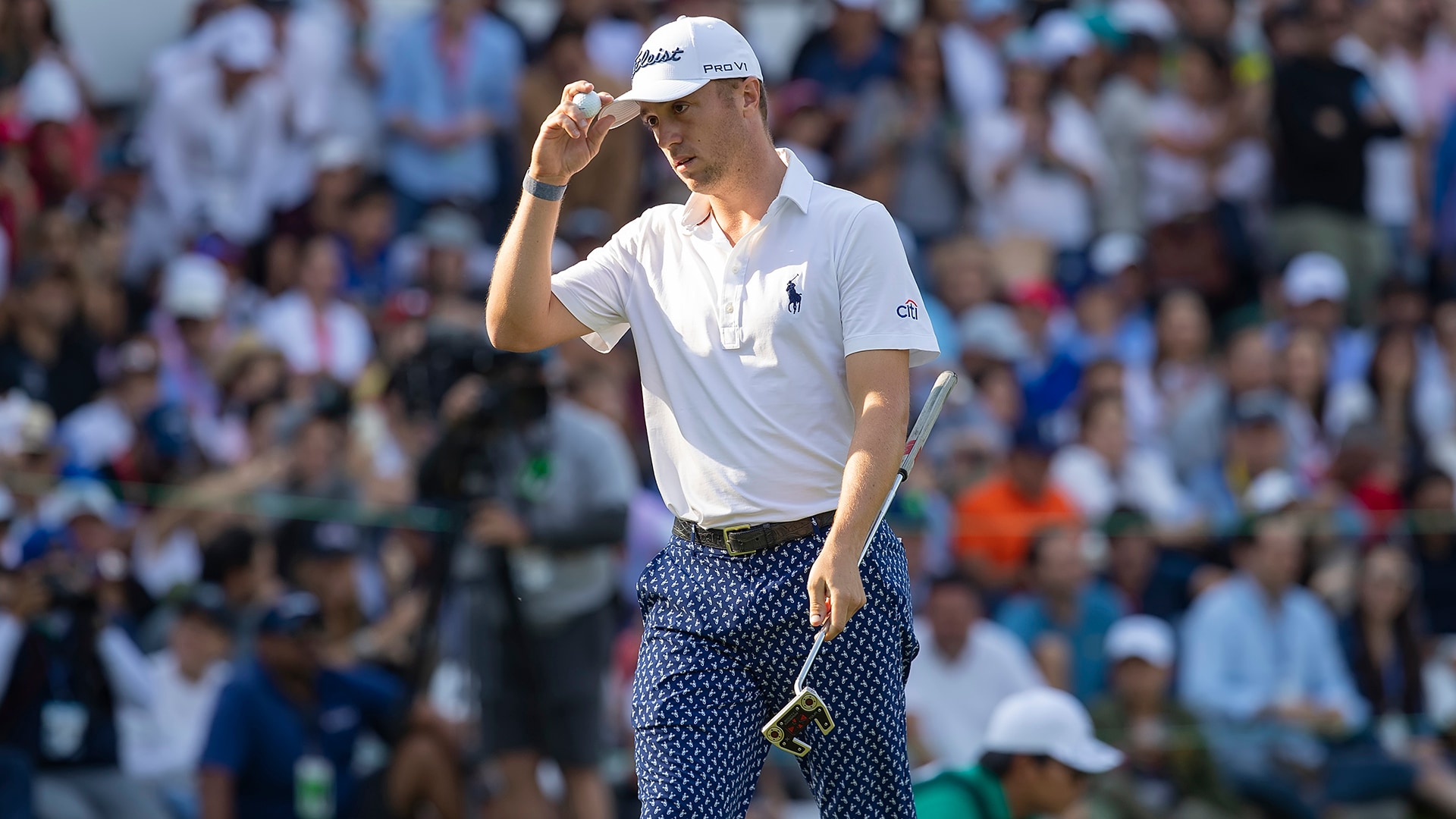 MEXICO CITY – With the exception of the WGC's November stop in China, this week’s WGC-Mexico Championship is the first World Golf Championships get-together since the 2014 WGC-Dell Technologies Match Play that didn’t include either Tiger Woods or Phil Mickelson in the field.

Golf has been trending in this direction for some time, with Lefty sneaking up on his 50thbirthday this summer and Woods opting for a less-is-more approach to his schedule. What makes the high-profile no-shows so compelling this week is who and what has filled the void at Chapultepec Golf Club.

Golf discovered long ago that there will be no replacement for Woods and Mickelson when they decide to trade their Tour cards for AARP cards, but what the game can do is provide the next best thing.

Sunday’s shootout has that feel.

It should be no surprise that Thomas finds himself back in the hunt at Chapultepec following top-10 finishes in each of his first three starts in Mexico, including his playoff loss to Mickelson in 2018, but how he arrived at another championship crossroads is a bit of a surprise.

“When I'm driving it like I feel like I am I can be very aggressive and take advantage of some holes where some people might not be able to,” said Thomas, who is a predictable fourth in the field this week in strokes gained: off-the-tee. “If I drive it like I did yesterday, I felt I drove it pretty well yesterday for the most part, not quite as well today, then I just have a lot of wedges and short irons and chips into greens, so just have to try to take advantage of it.”

If Saturday’s scoring assault is any indication, it will probably take another tee-to-green masterpiece for Thomas to finally breakthrough in Mexico.

Less than 24 hours after van Rooyen tied the course record on Friday, Rahm set a new mark with a 10-under 61 that included an ace at the par-3 17th hole and four consecutive birdies to begin his round.

“I'm just really happy that after the first two days I'm going to have a legitimate chance tomorrow without needing to shoot 59 or something like that,” said Rahm, who started the week with rounds of 72-69. “Luckily, I took care of that today and hopefully tomorrow I can just put a solid round together and have a chance.”

When the World Golf Championships concept was launched in 1999, the idea was to bring the game’s top players together more often in a limited-field event. The 20-year history of the WGCs is littered with enough high-profile champions – from Woods and Mickelson to McIlroy and Dustin Johnson – to declare the experiment a success.

Whether the events continue to produce the desired results without regular appearances from Woods and Mickelson – who aren’t finished with the WGCs by any means but are certainly taking a more selective approach – depends on the next generation and, at least in this isolated case, the collective delivered.

“It always gets you excited anytime you're in a final group playing with anybody. But whenever you have the top guys up at the top of the leaderboard, it's always more fun,” said Reed, who also bogeyed the last for a 67. “You're going out and now all of a sudden you've got the best guys versus the best guys going out in one day.”

Players are reluctant to play favorites, particularly when titles are on the line, but in the unspoken hierarchy of the Tour, major championships stand above all else, followed by these world golf gatherings, the invitationals like last week in Los Angeles and everyone else.

That harsh truth is largely due to how these events play out, with the game’s best going head-to-head more often than not. Money, elevated status, inflated FedExCup points are all nice, but having a chance to beat the game’s best is the ultimate secret sauce.

“It's a World Golf Championship,” Rahm smiled. “You would expect to compete against the best in the world. I think we all compete and want to win tournaments when everybody is playing their best, and if you win one of those stacked fields, it's a lot of fun, and it's a great accomplishment.”

There will always be golf after Tiger and Lefty, whenever that sunset arrives, but this week’s WGC is proof that the game’s best can still deliver.