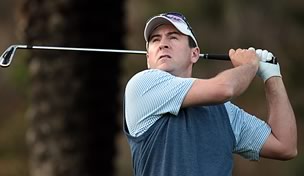 This week Jack Nicklaus plays host to an elite field at the Memorial Tournament presented by Nationwide Insurance. Steve Stricker defends his title against Tiger Woods, Rory McIlroy and Luke Donald among others. The list of former champions at Muirfield Village is a storied one, and many of the world's best players look to add this championship to their credentials as the U.S. Open looms only two weeks away. With that in mind, here is a look inside the numbers to see which players may contend for the title(s) and help your Golf Channel Fantasy Challenge team in the process:

• After a mediocre finish at the BMW PGA Championship, Ben Curtis returns to the U.S. where he has been among the best players on Tour over the last 4-6 weeks. Curtis currently leads the Tour in strokes gained putting and ranks in the top 10 in both scoring average and greens in regulation percentage. The Columbus, OH native and Kent State alum will look for a home-field advantage this week at Muirfield Village.

• Long driver Dustin Johnson will be back in action for the first time in nearly three months. Johnson has not played since Doral, sidelined with a back injury that forced him to withdraw from the Masters before play began. He will look to build off of good memories from last year's Memorial, where he finished fourth.

• Outside of Tiger Woods, few can match the Memorial resume of Jim Furyk. The 2002 champion has six career top-10s in this event, and finished runner-up as recently as 2009. Furyk has been remarkably consistent this season, finishing T-26 or better in eight of 10 events this year, including the last seven in a row.

• While longer hitters have often thrived in this event, the key to victory seems to be play on the greens. Seven of the last eight champions here have averaged 27.25 putts per round or fewer en route to victory, including defending champion Steve Stricker who averaged only 26.5 putter per round in 2011.

• Carl Pettersson continues to have a strong 2012 season in relative anonymity. The Swede already has a win and a pair of runner-up finishes to his credit this year, and now returns to a venue where he won in 2006. Pettersson ranks in the top 20 on Tour this year in strokes gained putting, scoring average, par-4 performance and the all-around ranking.

• Robert Garrigus is back after a week off, looking for his fourth top-15 finish in his last four starts dating back to Harbour Town. He boasts an impressive combination of statistics - Garrigus is currently second on Tour in driving distance and fifth in greens in regulation percentage. Should he improve on the greens, where he currently ranks 186th in total putting, he could contend this weekend.

Tune in to Golf Channel Thursday-Friday from 3-6PM ET for live coverage of the Memorial Tournament presented by Nationwide Insurance.