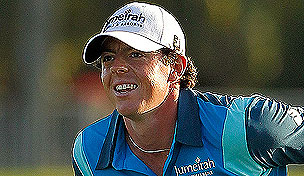 Yet another double event week has arrived for fantasy players! First, the PGA Tour continues its Florida Swing this week at Doral, home of the infamous TPC Blue Monster course which will host one of the best fields in golf outside of the four majors at the WGC Cadillac Championship. Over the years, many of the game's greats have tamed the Monster en route to victory, including Greg Norman, Tiger Woods and Phil Mickelson. At the same time, a full field will take their shot at Trump National in Puerto Rico in the hopes of notching what might be a career-changing victory at the Puerto Rico Open. Two events will require fantasy players to study two diverse fields before setting their lineups for the week. With that in mind, here is a look inside the numbers to see which players may contend for the title and help your Golf Channel Fantasy Challenge team in the process:

• No one in the WGC field this week will be able to match the Doral track record of Tiger Woods, who will be looking to improve upon last week's runner-up finish. In seven starts on the Blue Monster since 2002, Woods has finished no worse than T-10, including three wins and a second-place finish.

• Despite a MC at the Honda Classic, Johnson Wagner became the final player added to this week's WGC field based on his current FedEx Cup standing. The Sony Open champion ranks in the top 10 in strokes gained putting and has a 69.81 stroke average through seven events.

• Rory McIlroy will be making his first start as the No. 1-ranked player in the world this week. The Honda Classic champion was in contention at Doral through three rounds last year, but faded somewhat with a final-round 74 to finish T-10.

• Englishman Paul Casey will be making his first start of the 2012 season after an offseason snowboarding accident sidelined him for several weeks. Casey has a strong track record at Doral, finishing T-18 here last year and posting two top-10 finishes in his last five Miami starts.

• Sang-Moon Bae continues to demonstrate that stats can only go so far in predicting a player's success. While the South Korean ranks 99th in greens in regulation and currently resides outside the top 100 in total driving and strokes gained putting, he has made 5/5 cuts in 2012 in addition to a T-5 finish at the last WGC event.

• The TPC Blue Monster Course at Doral is not the most difficult driving course players will face this year; as a result, players like Ben Crane will hope that their strong short game - Crane ranks 7th in strokes gained putting and 2nd in birdie average - will more than make up for mediocre stats off the tee, where Crane ranks 101st in Total Driving.

• J.B. Holmes will head to the Puerto Rico Open in hopes of continuing his comeback from brain surgery, and a strong showing this week will likely require better form on Trump National's par 4 holes. Still struggling with his driving accuracy, Holmes has yet to finish a week better than +2 on the par 4's in five starts this year and played the holes in +9 last week en route to a T-56 finish.

• For the second time in three years, Michael Bradley will spend his week defending his Puerto Rico title. His 2012 season has gotten off to a slow start but that has not proved an issue here previously; last year Bradley entered this event off of four straight MCs and in 2009 it was his first start of the season. He won both times.

You can watch complete coverage of the WGC Cadillac Championship Thursday-Friday live on Golf Channel from 2PM-6PM ET.