A family affair at U.S. Open for Carlos and Alvaro Ortiz 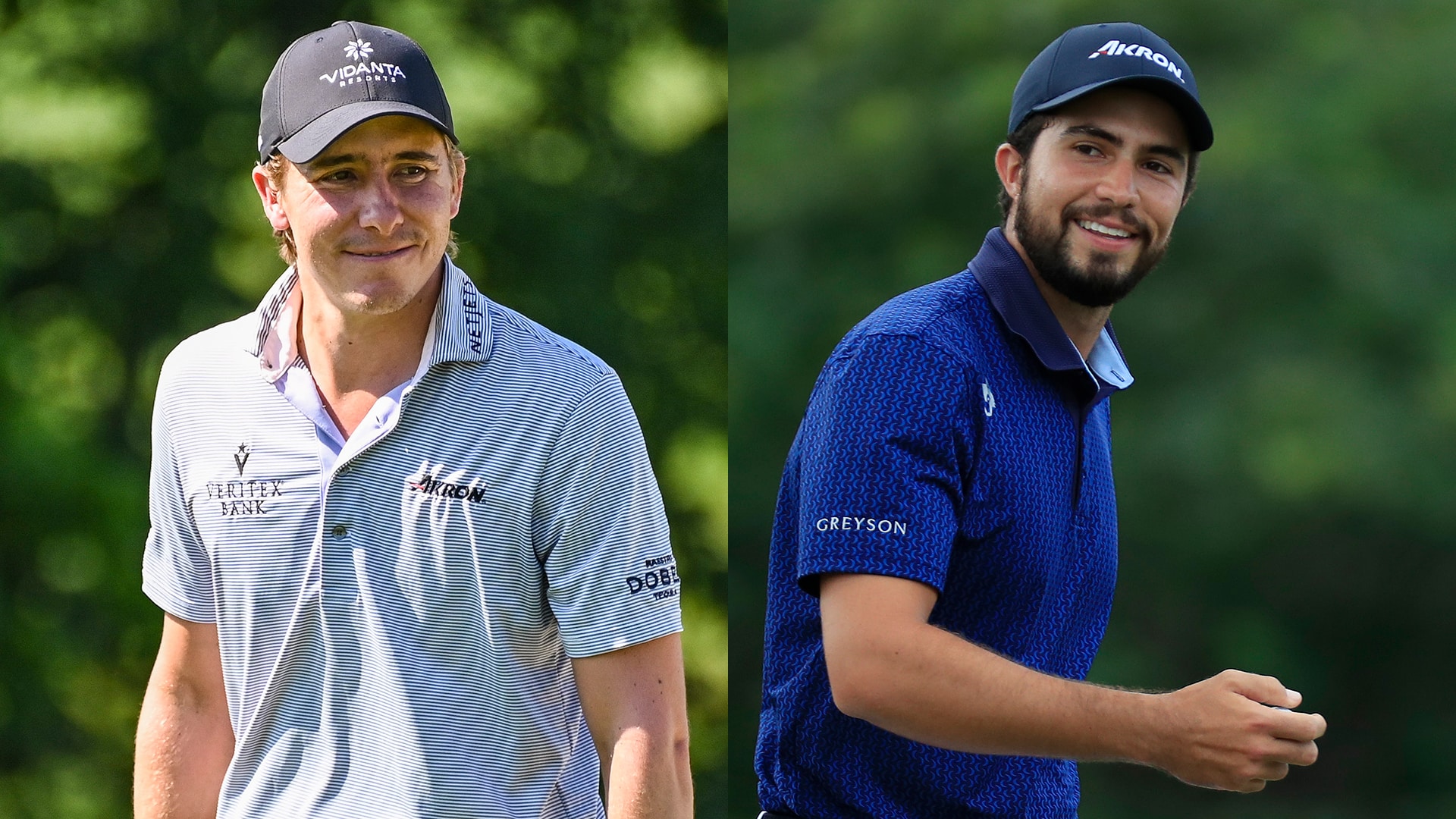 Carlos Ortiz was so tired from playing 30 holes in one day at the rain-soaked Memorial that he plopped down on the seat of a golf cart. Before long, he remembered to pull out his phone to check the scores.

Alvaro Ortiz was playing a Korn Ferry Tour event. Exhausted to the point Carlos could barely think straight, his little brother was never too far from his mind.

They grew up four years apart in Guadalajara in the shadow of Lorena Ochoa, Mexico’s greatest golfer. The brothers always had dreams of their own — the same dream — that they could land on the same big stage one day.

That moment arrives June 17-20 at Torrey Pines for the U.S. Open.

Carlos Ortiz, who earned his first PGA Tour title last fall in the Houston Open with a two-shot victory over Dustin Johnson and Hideki Matsuyama, got into the field at Torrey Pines by being among the top 60 in the world. It’s the first time he didn’t have to go through qualifying.

Alvaro Ortiz, 25, earned a spot in his first U.S. Open through a 36-hole qualifier in Dallas.

“I think it’s going to be an awesome week for the whole family,” Alvaro said. “Carlos has been a huge influence in my life, guiding me all these years. He’s been a role model for me. Having him out there is going to be awesome for my career, for myself, for my family.”

The last brothers to play in the U.S. Open were Edoardo and Francesco Molinari of Italy in 2011 at Congressional. That wasn’t a big surprise because they were Ryder Cup teammates the year before in Wales.

Edoardo Molinari, who had fallen outside the top 600 in the world just over a month ago, made a late push through a special European Tour points list to qualify for this U.S. Open and join his brother, who has a five-year exemption from his British Open victory at Carnoustie in 2018.

This will be the first time since 1990 that two sets of brothers — Ivan and Michael Smith, Lanny and Bobby Wadkins — were in the U.S. Open.

Carlos Ortiz first earned a PGA Tour card in 2014, an amazingly quick path for someone who didn’t get much notice as a junior. At the time, Mexico had only five players who had ever reached the PGA Tour. He went through Q-school and then won three times on the Web.com Tour to earn an instant promotion.

The dream was Augusta National, and Ortiz swore he would never go until he was in the Masters. And then little brother got there first, winning the Latin American Amateur to earn an invitation to the 2019 Masters. He finished one shot behind low amateur Viktor Hovland.

Big brother watched it all unfold from outside the ropes.

“I always said I wasn’t going to go until I played, but I went and it was awesome,” Carlos said with a grin. “It was special for my family, my brother. I had to be there for him. It was one of those experiences where it made me work harder because you want to be there so bad.”

He made his Masters debut two years later, and little brother hasn’t let him forget who got there first.

“All the time,” Carlos said. “But it’s fun. We have a great relationship.”

“It was so cool growing up together, even though we were four years apart,” Alvaro said. “We went to a lot of soccer games with my dad. We played golf and got to travel to so many tournaments. It was a cool experience with an older brother. I thought these were the footsteps I was supposed to follow.”

Carlos went to a boarding school in Germany that had a golf program — he was speaking German before he ever learned English — but he was a bit of an unknown to U.S. colleges. North Texas offered him the best chance.

Alvaro already was studying German to follow his brother when the school ended its golf program. Their father found a school in Dallas — not far from Carlos at North Texas — and that led to a scholarship at Arkansas.

Alvaro believes he wouldn’t have gone to a big program had his brother not come before him.

Carlos is No. 29 in the FedEx Cup as he tries to get to the Tour Championship for the first time. Alvaro is leading the PGA Tour Latinoamerica money list, virtually a lock to have full status on the Korn Ferry Tour next year.

Carlos marvels at how fearless his brother can be, which played out over videos a friend and Alvaro’s girlfriend were sending him from the U.S. Open qualifier.

Alvaro wasn’t sure he needed birdie on the final hole, but he left nothing to chance. On the closing par 5, he had a tree blocking his path to the green on his third shot. He found a tiny gap and blasted a wedge up and through the opening to 10 feet for birdie. He wound up qualifying with two shots to spare.

“He’s not afraid. He will go for pins,” Carlos said.

They have played in five PGA Tour events together, but never had the same tee time. Both hope that can change at Torrey Pines, and there is precedent.

Ten years ago at Congressional, the USGA put the Molinaris together with Matteo Manassero, two brothers and a trio of Italians. The previous year at Pebble Beach, the Molinari brothers were in consecutive groups.

“When we play the same tournament, my mom watches me on the front and my dad on the back, or the opposite,” Alvaro said. “Or they walk 36 holes if we’re in the morning and afternoon. For sure, it would be easier on the parents. For us, it would be funny. I haven’t played him in a competitive round. I don’t know how it would go.”

No matter. They’ll be at Torrey Pines, both playing a major, just like they always hoped.