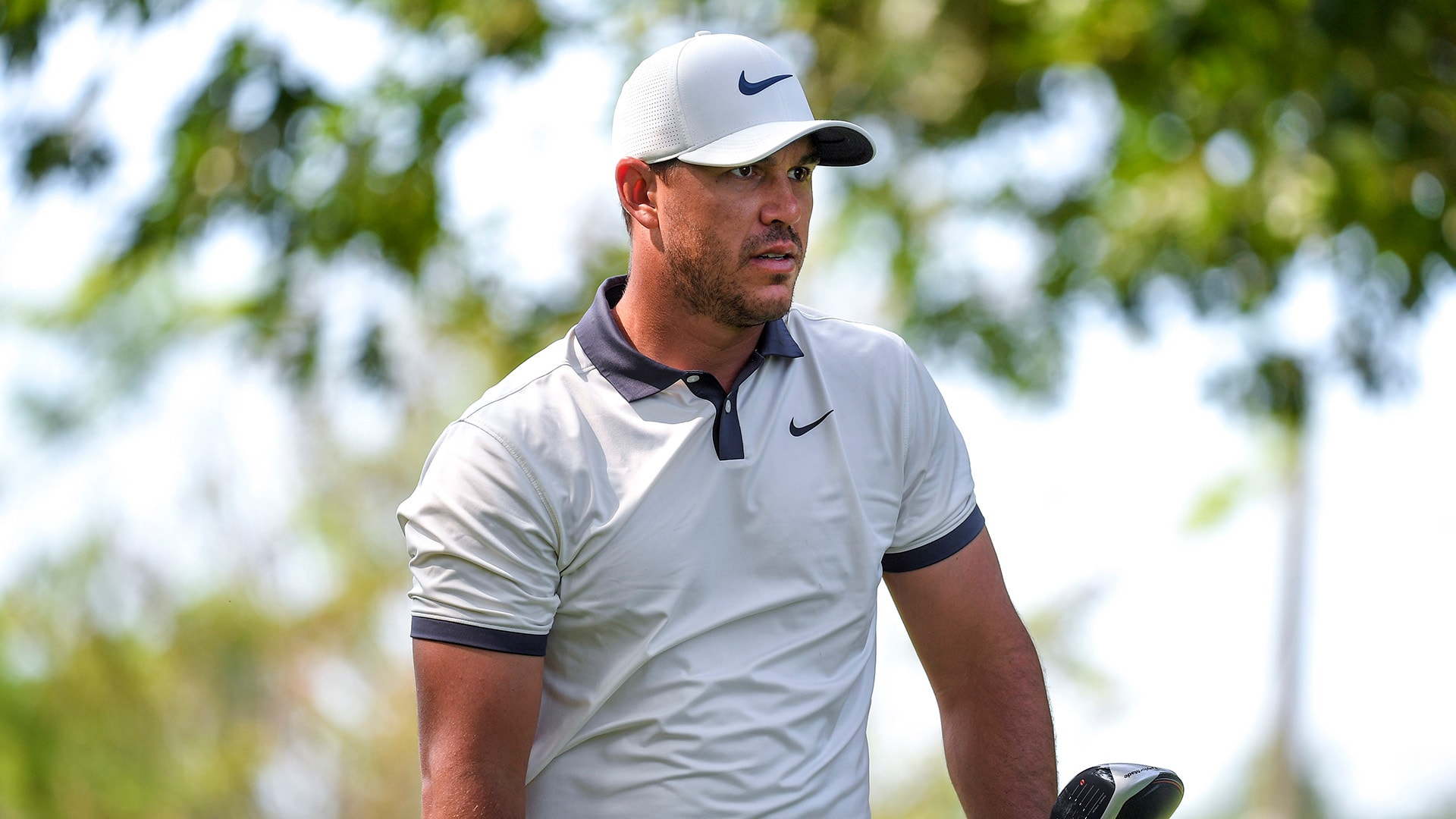 Brooks Koepka will renew his quest to figure out a non-major this week in Minnesota.

Koepka headlines the field in the inaugural 3M Open outside Minneapolis, where the four-time major champ and current world No. 1 will play the first two rounds alongside Patrick Reed and Kevin Na. Koepka has thrived in the major setting this summer, but his last two starts in regular events have proven frustrating: a T-50 finish in Canada and a T-57 result two weeks ago in Connecticut.

Reed is playing for the fourth straight week, and his T-5 finish at the Rocket Mortgage Classic was his best result on Tour since the 2018 U.S. Open. Na captured the Charles Schwab Challenge in May and finished sixth last month at the Korean Open.

Other featured groups in Minnesota include Phil Mickelson, who will be grouped with Tony Finau and Nate Lashley. Mickelson is making his first start since missing the cut in Hartford, while Finau has missed three cuts in a row following a runner-up at Colonial. Lashley won last week in Detroit after taking the last spot in the field.

Bryson DeChambeau joins Koepka as a top-10 player in the field, and he'll be joined by Charles Howell III and Keegan Bradley. Howell contended through 36 holes in Detroit before fading to a T-35 finish, while Bradley is making his first start since a runner-up showing at the Travelers Championship. The final PGA Tour Live featured group includes the international trio of Jason Day, Hideki Matsuyama and Corey Conners. Matsuyama finished T-13 last week in Detroit while making his 24th straight cut, the longest active streak on Tour.

Exact tee times for each group, along with those for the other players in the 156-man field, are expected to be released Tuesday afternoon.