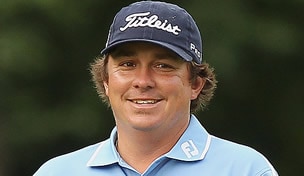 The PGA Tour heads to the Arizona desert for this week’s Waste Management Phoenix Open. Here are a few featured pairings to watch during the first two rounds at TPC Scottsdale:

Mickelson is always a fan favorite given his Arizona State connections, and he has a strong history at this event. Dufner is returning to the States after back-to-back starts in the Middle East, and he too has played well at TPC Scottsdale, posting top 10 finishes in each of the past two years. Fowler, meanwhile, was tied for last after the first round of last week’s Farmers Insurance Open, but he rallied not only to make the cut but to eventually finish T-6, playing his last three rounds in 13 under.

Watney tied for fourth last week at Torrey Pines, Henley won earlier this year at the Sony Open, and Watson, in his only action of the season, tied for fourth at Kapalua. Bubba withdrew from last week’s event with the flu. How he rebounds this week will be of interest, of course, but so too will his appearance at the raucous par-3 16th. For the past few days, he has asked fans on Twitter what he should do there during the tournament.

Stanley may be the defending champion, and Bradley may be one of the best 20somethings in the game, but the most intriguing player in this group is Kaymer, who has taken up PGA Tour membership for this season. The 2010 PGA champion has enjoyed a rebirth following his dramatic clinching putt at the Ryder Cup, posting six top-11 finishes in his past seven worldwide starts, including back-to-back top 10s to start the European Tour season, in Abu Dhabi (T-6) and Qatar (T-9).

Singh is the story of the week, after he admitted in a bombshell SI story that he was using a banned substance. Will this news be distracting? Will he be forced to withdraw? How will the fans respond to him? How will his fellow playing competitors react? It will be a fascinating group to follow.