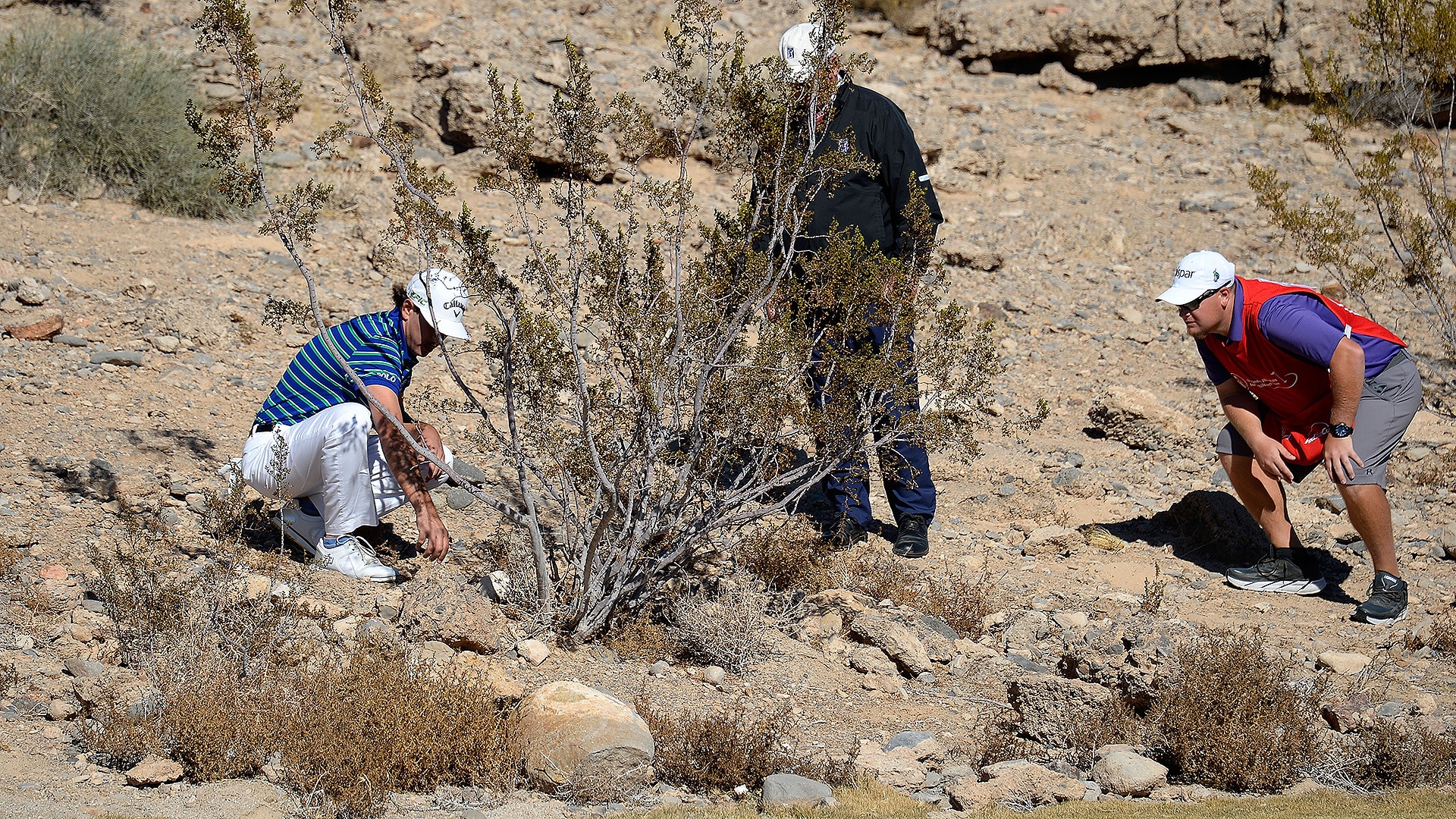 LAS VEGAS – Saturday’s final group of J.J. Spaun, Kelly Kraft and Robert Garrigus did quite a bit of moving on Moving Day – backwards.

Spaun, Kraft and Garrigus played the third round at the Shriners Hospitals for Children Open a combined 18 over par at a wildly windy TPC Summerlin.

While Spaun fought his way to a 2-over 73 and a share of the 54-hole lead, Kraft and Garrigus plummeted down the board with rounds of 79 and 77, respectively.

Standing in the 18th fairway, Garrigus had his hat turned backwards – so it wouldn’t blow off – and backed away from his shot twice as the wind howled in his face.

While the groups who teed off early were able to avoid some of the strongest winds, the final group faced the most trying conditions.

“When I got here a little before 10 o’clock, it was nice,” said Spaun, who hours later opted for an extra 40 yards of club on his approach to the par-5 16th. “Then, about a half hour before my tee time, when I was heading over to the range, it started whipping up a little bit.

“That’s just how it is. You deal with what you get. Whether you get a good wave or a bad wave, you’ve got to just suck it up and deal with it.”