Will Zalatoris wrote his caddie a check for the winner's share, then went and won 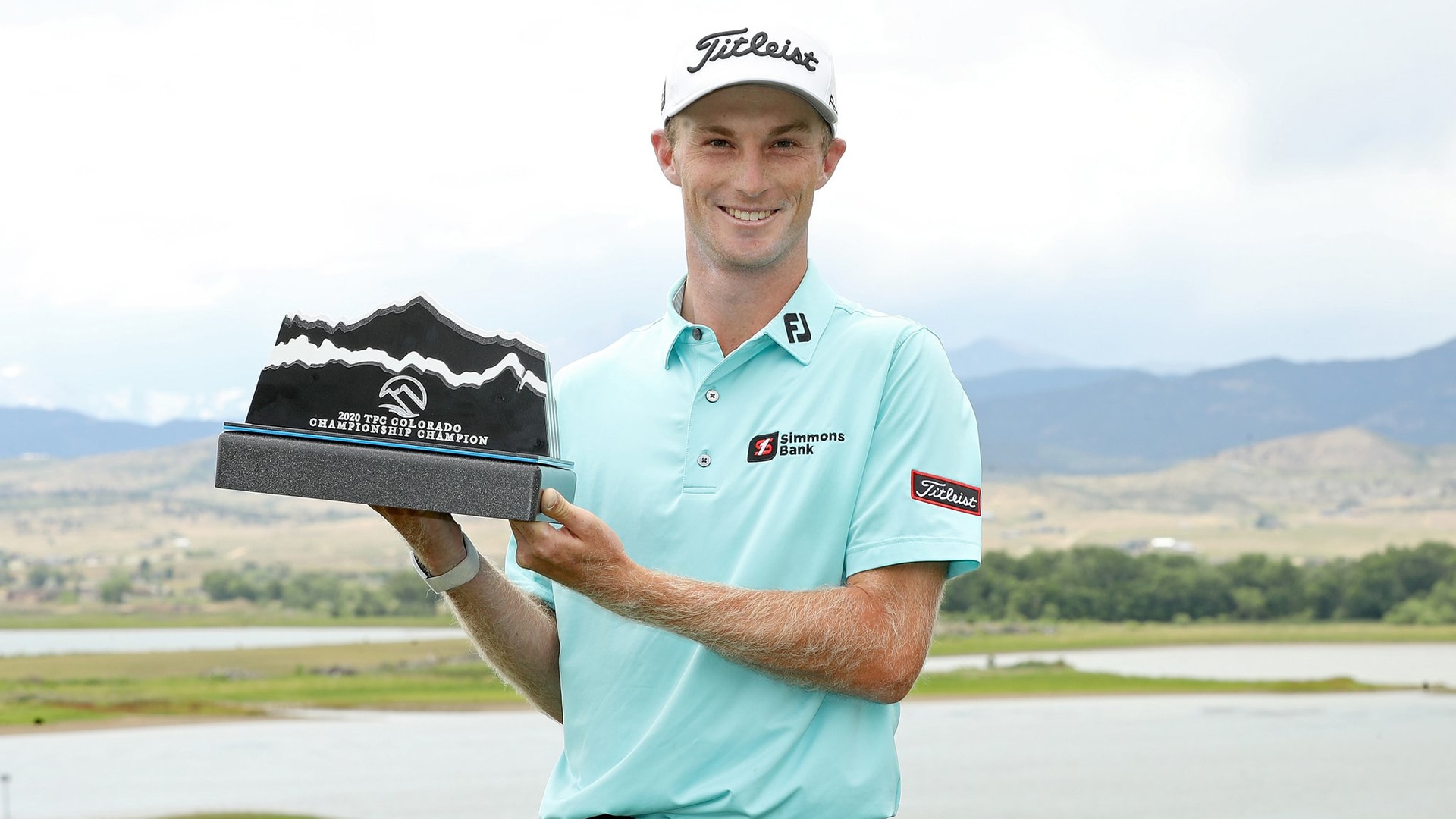 It’s an overused adage these days in professional sports: Trust the process. But for Will Zalatoris, it’s what’s kept him on track.

In recent weeks, though, Zalatoris could finally sense a breakthrough.

He nearly got the job done three weeks ago at TPC Sawgrass, but he slipped to a T-6 showing on the final day in the KFT’s return to competition. He then followed with finishes of T-3 and solo fourth, rising to fourth on the tour’s points list heading into this week’s TPC Colorado Championship.

“You just keep going about your business and when it’s your time, it’s your time,” Zalatoris said Friday afternoon, holding the 54-hole lead at Heron Lakes. “Over the last few weeks, I’ve really tried to slow everything down. When you’ve played three weeks in a row and have been in contention every week, you just feel more comfortable and build into that rhythm.”

That explains why Zalatoris, so confident after taking a lead into a final round for the second time in a month, wrote his caddie, Ryan, a check for his share of the winner’s payout before teeing off Saturday.

We’re close. They’d been saying it all week, so why not?

Zalatoris put pen to paper, and hours later did the same in signing off on a closing 3-under 69, the finishing touches on a one-shot win over Chase Johnson, Zalatoris’ first professional victory.

Zalatoris was nearly correct. His last win – on any level – came during the fall of his senior year at Wake Forest, at Duke’s Rod Myers Invitational, in 2017. Months later, Zalatoris, the ACC Player of the Year as a junior (only Bill Haas and Webb Simpson have also won that award for Wake), opted to turn pro early, foregoing his final semester with the Demon Deacons to chase his dream of playing on the PGA Tour.

Approaching three years later, Zalatoris is still chasing. He did little with his Tour starts fresh out of college but earned conditional KFT status last year and turned that into full playing privileges. When the season was suspended in March, he sat 18th in points but also facing the new reality of a KFT mega-season and no graduation to the big tour until fall 2021.

Meanwhile, six of his former Walker Cup teammates from that 2017 U.S. team are full-fledged PGA Tour members. Collin Morikawa has won on Tour. Cameron Champ has done so twice. Davis Riley, Zalatoris’ roommate and the player Zalatoris beat in the final of the 2014 U.S. Junior Amateur, recorded his first pro victory earlier this year at the KFT stop in Panama.

Despite it all, Zalatoris stayed patient. He kept grinding back home in Dallas, in practice with instructors Josh Gregory and Troy Denton, in money games at Maridoe with Jordan Spieth and former Cowboys quarterback Tony Romo. And when the season resumed, Zalatoris hit the ground running.

Sure, he “forced it” that final round at Dye’s Valley, and he made a few too many mistakes in the weeks after. But he was playing too well to not win, and truly believing that is what gave him the confidence to write that early check, and to remain calm despite a three-putt on the second hole Sunday.

With playing competitors Taylor Pendrith and Erik Barnes getting off to strong starts, Zalatoris eventually found his groove with birdies on Nos. 5 and 8, and a crucial 15-foor par save on the par-4 seventh after hitting a wedge over the green.

With Johnson posting 14 under thanks to a final-round 63, Zalatoris knew he needed at least one more birdie on his final six holes to break the tie. He got it on 16, and then made two big pars coming in to seal the win. His two-putt par on the par-4 18th came from just 10 feet, as Zalatoris hit arguably the shot of the tournament from the left rough, about 212 yards out.

“That’s gone,” Zalatoris said after striking the shot, thinking it was headed some 30 yards over the green. The ball had other plans.

“Went from very stressful to a stress-less finish,” Zalatoris said.

One could say the same for Zalatoris’ path now to the PGA Tour. While it will be a lengthy wait – unless he can win twice more this season and earn automatic promotion – Zalatoris is in comfortable position atop the circuit’s points list. He’s also locked up an exemption to the U.S. Open at Winged Foot this fall, and should he remain in the top 10 by the end of the Korn Ferry Tour Championship, which is eight events away, Zalatoris would at least get a few starts in opposite-field events on Tour next season.

“One step closer,” Zalatoris said after his big breakthrough.

Zalatoris obviously has big goals. Winning Saturday was one of them, but as he looks at the likes of Champ and Morikawa and Maverick McNealy and Doc Redman starring a level above, he’s quickly reminded: “Job’s not finished.”