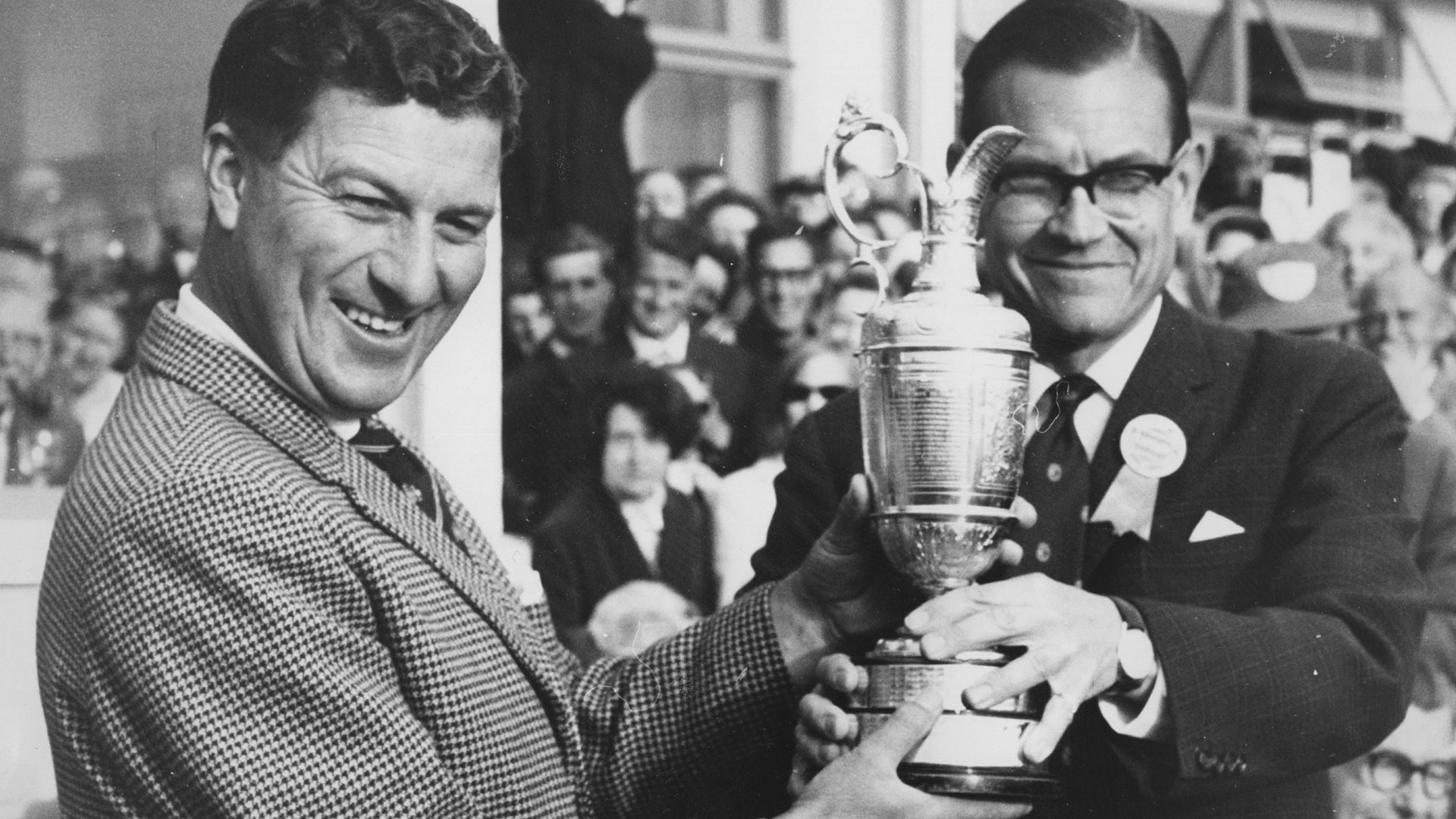 Hailed as a hero to some and as golf royalty to others, Peter Thomson, a five-time winner of The Open and the only player in the 20th century to win the championship for three straight years, died Wednesday. He was 88.

Thomson had been suffering from Parkinson's disease for more than four years and died at his Melbourne home surrounded by family members, Golf Australia said.

The first Australian to win The Open, Thomson went on to secure the title five times between 1954 and 1965, a record equaled only by American Tom Watson.

Thomson also tied for fourth at the 1956 U.S. Open and placed fifth in the 1957 Masters. He never played the PGA Championship.

In 1998, he captained the International side to its only win over the United States at the Presidents Cup at Royal Melbourne.

Asked by The Associated Press in 2011 how he'd like to be remembered, Thomson replied: ''A guy who always said what he thought.''

Veteran Australian golfer Karrie Webb was among the first to tweet her condolences, saying she was ''saddened to hear of the passing of our Aussie legend and true gentleman of the game .... so honored to have been able to call Peter my friend. RIP Peter.''

Former PGA Tour commissioner Tim Finchem said Thomson was ''a champion in every sense of the word, both on the course and in life.''

''Many know him as a five-time champion golfer of the year or as a three-time captain of the Presidents Cup International team.'' Finchem added. ''But he was also a great friend, father, grandfather and husband. He was golfing royalty, and our sport is a better one because of his presence.''

Former golfer and now broadcaster Ian Baker-Finch, the 1991 Open champion, called Thomson his ''hero'' - ''Peter - my friend and mentor R.I.P. Australian golf thanks you for your iconic presence and valuable guidance over the years.''

''Peter gave me a number of very interesting and valuable thoughts on the game, how it has developed and where it is going, which demonstrated his genuine interest and love of golf,'' Slumbers said. ''He was one of the most decorated and celebrated champion golfers in the history of The Open.''

Born in the Melbourne inner-city suburb of Brunswick on Aug. 23, 1929, Thomson was a promising cricketer. He scored an unbeaten 150 runs for the Carlton club against a men's side as a 15-year-old.

But golf became his passion, and he turned professional in 1947.

He won the national championships of 10 countries, including the New Zealand Open nine times and Australian Open three times. He first played on the PGA Tour in the U.S. in 1953 and 1954, finishing 44th and 25th on the money list, respectively. He won the Texas International in 1956.

Thomson won nine times on the Senior PGA tour in the U.S. in 1985, topping the money list. His last tournament victory came at the 1988 British PGA Seniors Championship, the same year he was inducted into the World Golf Hall of Fame.

Overall, he won 26 European Tour events, 34 times on the Australasian PGA tour and 11 on the seniors tour in the U.S, as well as once in Japan.

In later years, Thomson wrote articles for many publications and daily newspapers, was club professional at Royal Melbourne and designed more than 100 golf courses. In the 2011 Presidents Cup program, Thomson provided an insightful hole-by-hole analysis of the composite course at Royal Melbourne.

Thomson was always reluctant to compare his wins with anyone else's.

''All records are qualified in that they were made at a certain time in history,'' Thomson told golf historian and author Brendan Moloney for a story on his 80th birthday.

''The circumstances change so much, and so do the players' attitudes. In golf, only in the last 30 years or so has there been a professional attitude to playing for money. The professionals in the USA and Britain and anywhere else all had club jobs as a backstop to their income.

''When they did play and make records, you have to understand that they were taking time off from the pro shop,'' he said. ''So the records that were set were pretty remarkable.''

Thomson always had stories to tell, and told them well. With a full head of hair and a lineless face that belied his age, the Australian wasn't afraid to let everyone know his feelings on any subject.

That was true as far back as 1966. As president of the Australian PGA, Thomson was indignant that Arnold Palmer's prize for winning the Australian Open was only $1,600, out of a total purse of $6,000, one of the smallest in golf.

''Golf Stars Play for Peanuts,'' blared the headline of a story he wrote. ''Never before has such a field of top golfers played for what $6,000 is worth today. Canada offers 19 times that. I know 19 other countries who give more.''

But he was always happy on the golf course.

''I've had a very joyful life, playing a game that I loved to play for the sheer pleasure of it,'' Thomson said. ''I don't think I did a real day's work in the whole of my life.''

Thomson served as president of the Australian PGA for 32 years and worked behind the scenes for the Odyssey House drug rehabilitation organization where he was chairman for five years. 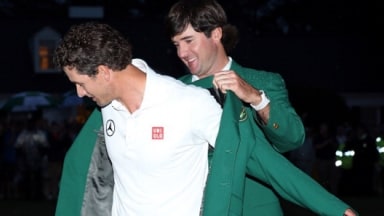 Adam Scott has a chance to capture Oz's Triple Crown. In honor of his year, here's the top moments in Aussie history. 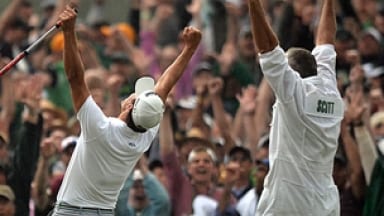 Quotes of the Week: Major redemption

We have all the reaction to Adam Scott's euphoric victory at the Masters in this week's edition of Quotes of the Week. 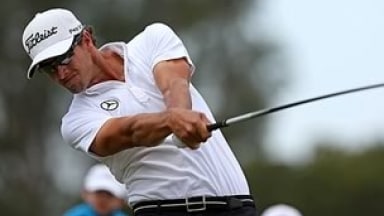 High praise has been heaped upon Masters winner Adam Scott, with one Australian legend saying that Scott is primed to become world No. 1.