Flashback: Spieth, Kaufman wipe out while fishing in kayak in Hawaii 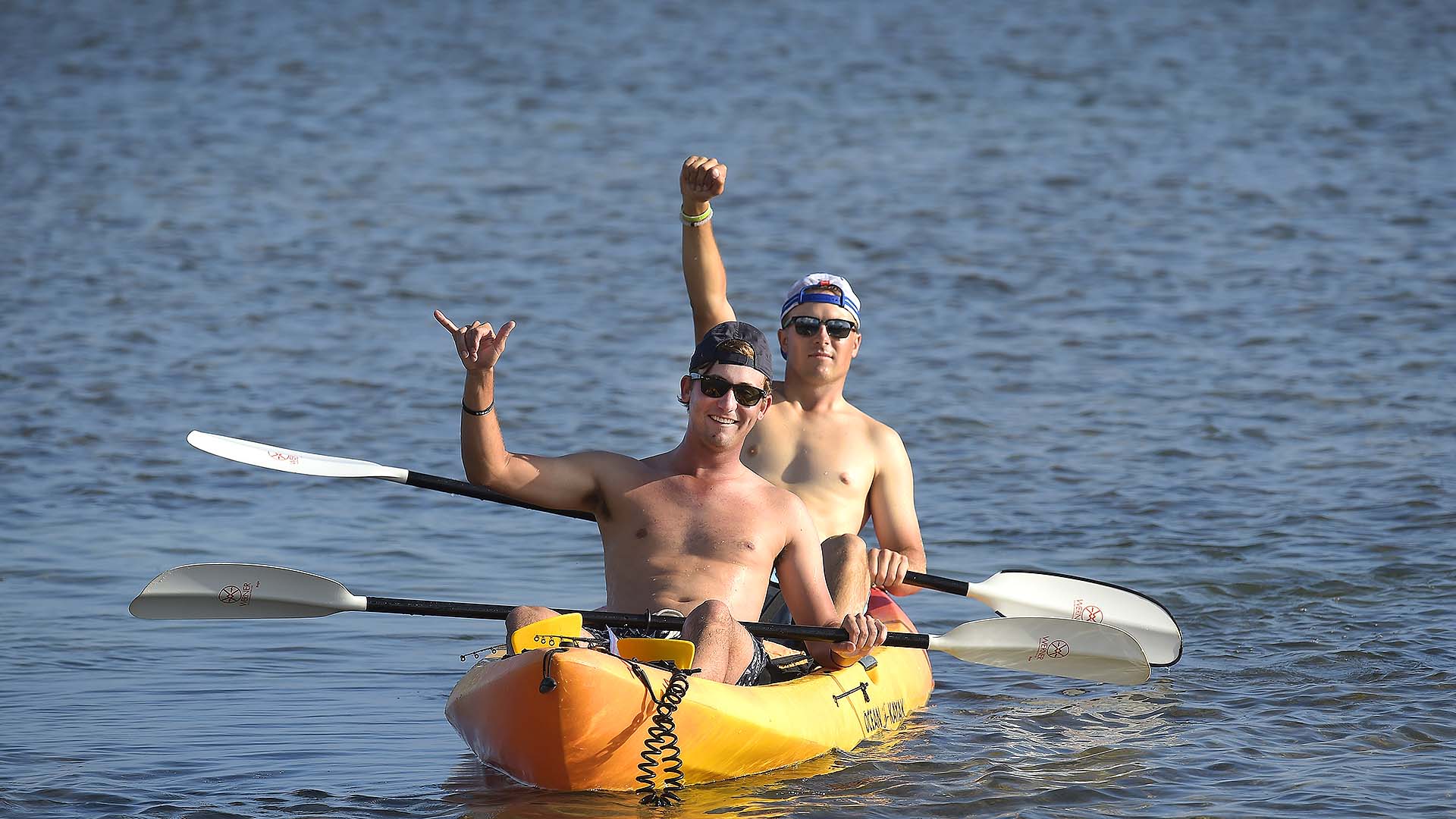 Jordan Spieth and Smylie Kaufman have made plenty of shirtless memories while vacationing in a tropical paradise as members of the #SB2K crew with Justin Thomas and Rickie Fowler.

But the duo went on an adventure of their own while at the 2017 Sony Open in Hawaii, deciding to go fishing in a kayak off the coast at Waialae Country Club instead of grinding on the range after their opening rounds.

Luckily (for us) their kayak didn't make it out of the range of television cameras, because their trip didn't go exactly as planned.

After struggling to catch any fish, the buddies headed out into rougher waters, where they inevitably wiped out - check it out around the 3-minute mark of the video below:

Spieth and Kaufman came back soaking wet and without their fishing poles, but hey, at least they were in good spirits.

Hope those cell phones were in plastic bags, guys. pic.twitter.com/xjmJH5dIY7

Realizing their crash was documented ... And replaying it over and over. pic.twitter.com/QIuyTNg0vb