Fowler among leaders at weather-affected Mayakoba 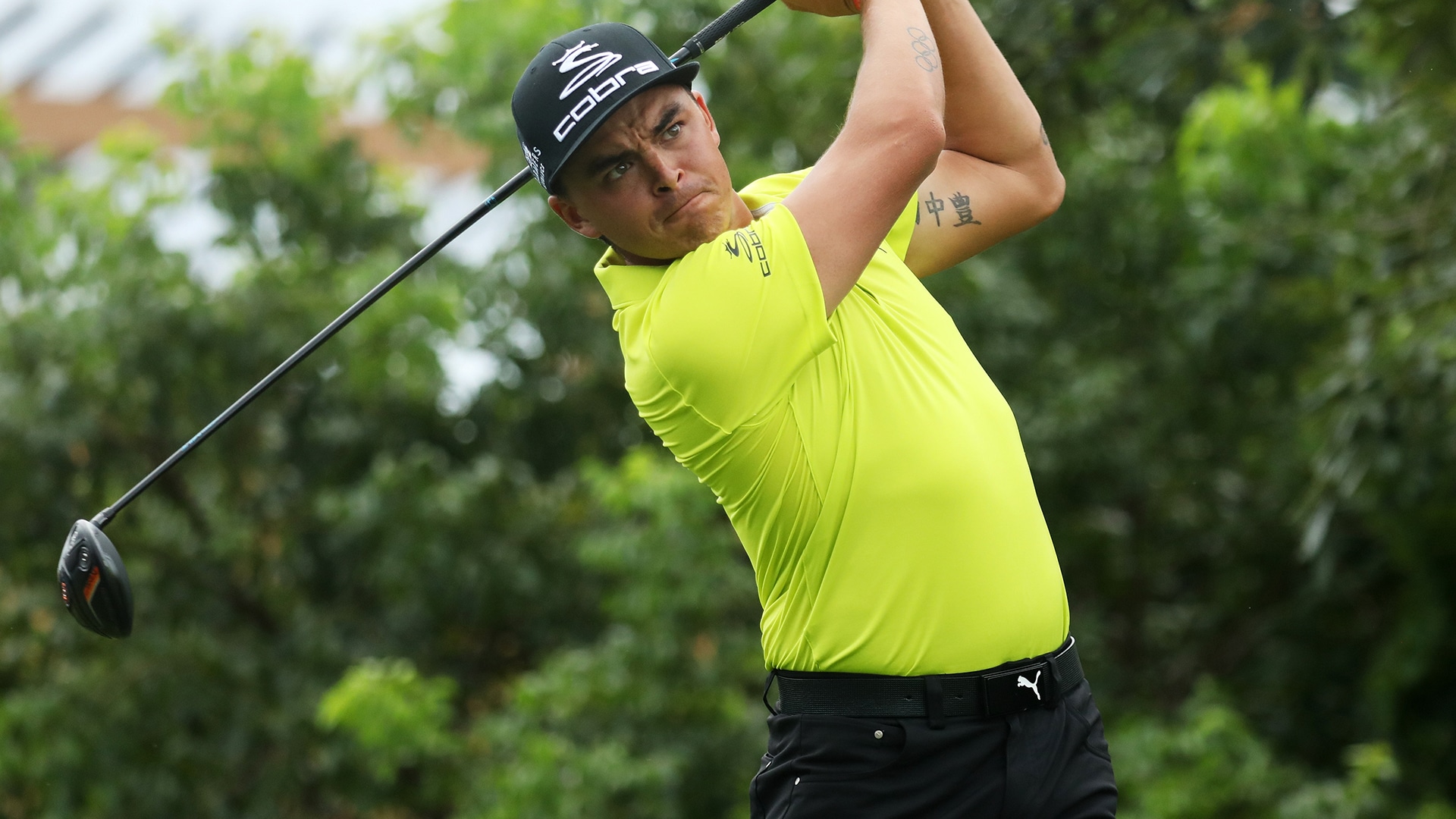 PLAYA DEL CARMEN, Mexico - Rickie Fowler woke up at 5 a.m. Saturday and played three holes in the OHL Classic at Mayakoba. It was enough to get him a three-way share of the 36-hole lead going into a marathon finish in Mexico.

Fowler and Patrick Rodgers had to wait out a five-hour rain delay just to resume their second round Saturday. Fowler saved par from a bunker on the 18th hole for a 4-under 67. Rodgers finally make his first bogey of the tournament on his 17th hole had to settle for a 65.

They shared the lead at 10-under 132 along with Patton Kizzire, who hasn't hit a shot since his 70 on Friday.

The last three groups didn't have enough light at El Camaleon Golf Club to even start the third round, leaving them a 36-hole finish on Sunday. But that's only if the weather at this rain-plagued event allows. More thunderstorms, with heavy downpours, were in the forecast for the next two days.

''We deal with weather every once in a while on the PGA Tour, around the world, really,'' said Fowler, at No. 10 the highest-ranked player at Mayakoba. ''You kind of just learn to play when you get to play, relax when you get to relax. Rest when you can, tee it up when you can.''

Fowler had three tough finishing holes Saturday morning, and they were even more challenging after another storm moved through. There was mud on the golf balls, and it didn't help when Fowler twice wound up in bunkers. Both shots came out a little hot, but we managed to escape with pars.

Rodgers finally dropped a shot when he missed the green on the par-3 eighth and failed to get up-and-down. But he saved par from right of the ninth green to at least keep in a share of the lead going into the final day. With the forecast, there was no guarantee of getting in 72 holes.

Players will be allowed to lift, clean and place their golf balls through the green for Sunday.

John Oda, playing the PGA Tour for the first time as a pro, shot a 65 and was one shot behind along with 31-year-old rookie Brandon Harkins and Brian Gay, neither of whom hit a shot Saturday because they were already done with their second rounds.

Charles Howell III already was 4 under through six holes of the third round when darkness halted play. Howell was at 8-under par.

Seventy-nine players made the cut at 1-under 141, but there will not be a 54-hole cut because the groups will stay the same over the final two rounds. Patrick Reed bogeyed three of his last four holes to miss the cut by one.

Fowler hasn't played since Oct. 1 at the Presidents Cup except for a few casual rounds. He is playing at Mayakoba for the first time under the tour's ''strength of field'' policy that requires players to go to a tournament they haven't been to in the last four years.

So far, he has no regrets, and not much rust.

''I'm very happy, coming from basically five weeks of very little golf played,'' Fowler said. ''There were only two rounds last week when I was playing at home that were consecutive. All the other ones were spread out. It was never far off, so I was looking forward to getting down here. Hard not to enjoy yourself when you're at a place like this where you can go hang at the beach and really throw your feet up and relax.''

Rodgers is trying not to press.

He won the Jack Nicklaus Award as the nation's top college golfer when he was at Stanford, and it has been frustrating to see friends from his high school class of 2011 already have PGA Tour titles - in the case of Jordan Spieth and Justin Thomas, plenty of them.

Rodgers and Thomas once were roommates in south Florida when they turned pro.