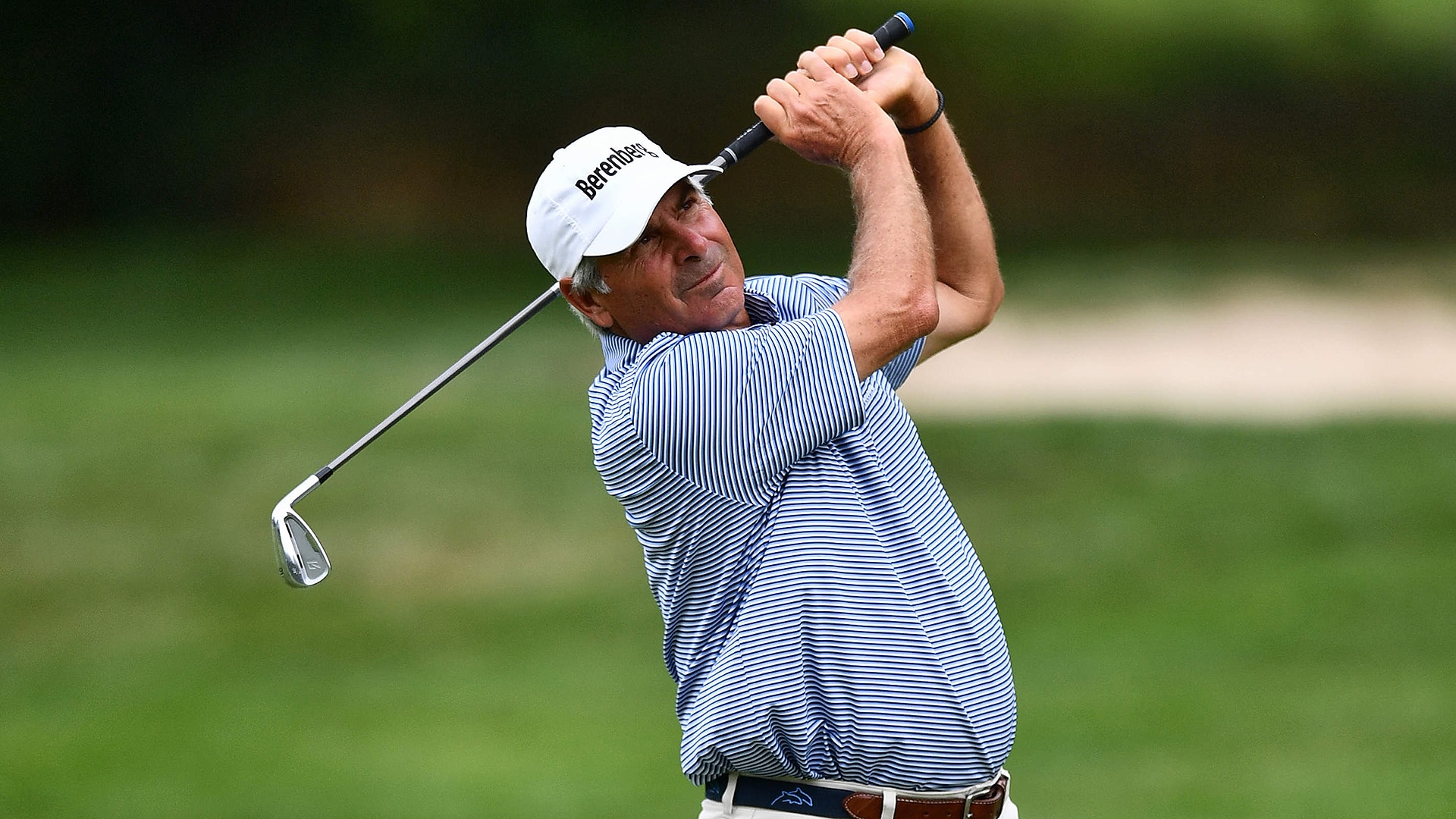 NAPLES, Fla. — Fred Couples took 11 holes before making a birdie Saturday and then made birdie on his last two holes for a 3-under 69 and a share of the lead with Robert Karlsson in the Chubb Classic.

Karlsson, the former Ryder Cup player from Sweden, hit his approach to 6 feet for eagle on the par-5 ninth hole at Tiburon Golf Club and nearly holed his approach on the 11th for a tap-in birdie. That carried him to a 66.

One shot behind was the group of Ryder Cup captain Steve Stricker (67), Berharnd Langer (68) and Alex Cejka, whose 65 was the low score of the second round on the Black course.

Langer had a 20-foot eagle putt on the par-5 18th that would have tied him for the lead.

Eight players were separated by four shots going into the final round of the PGA Tour Champions event. That group included Kevin Sutherland, the Charles Schwab Cup leader, who had a 66 and was at 8-under 136.

Couples didn't miss a fairway and converted plenty of wedges into birdies in his opening 63. This was not a repeat performance. He played the front nine with all pars. He made par on the 10th hole. Couples hit wedge into 4 feet on the 11th, and after a bogey on the next hole, hit a towering 8-iron on the par-3 13th that rolled inches from the cup.

He made one of only three birdies on the par-4 17th, and closed out his round with a 6-foot birdie putt on the final hole.

Karlsson is making only his second PGA Tour Champions start of the year, having tied for 30th last month at the Cologuard Classic. He closed out last year with five top 10s in his final seven tournaments.

“I’m just enjoying playing golf again,” Karlsson said. “It’s been a long time since November it feels like when we had sort of a good streak going. I just used the last six weeks trying to prepare for a long season ahead, and kind of just happy to get going.”