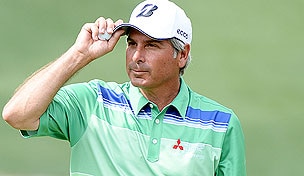 The 1992 champion who has not finished outside the top 15 in the last three editions of the spring classic added another chapter to his Masters legacy with an opening-round 68 and is two shots off the pace.

“I know how to play the course,” said Couples, 53. “This is a good spot for me. The people get fired up and they are everywhere.”

Couples said he was struggling with his swing earlier in the week but bolted for the practice tee on Wednesday after playing the Par 3 Contest and “found his swing” during a 45-mintue practice session.

Couples, who is making his 29th start at Augusta National, has opened with a better round just once in his storied Masters career (66, 2010) and has missed just two cuts.

Asked how long he plans to keep playing the Masters, Couples had a familiar take.