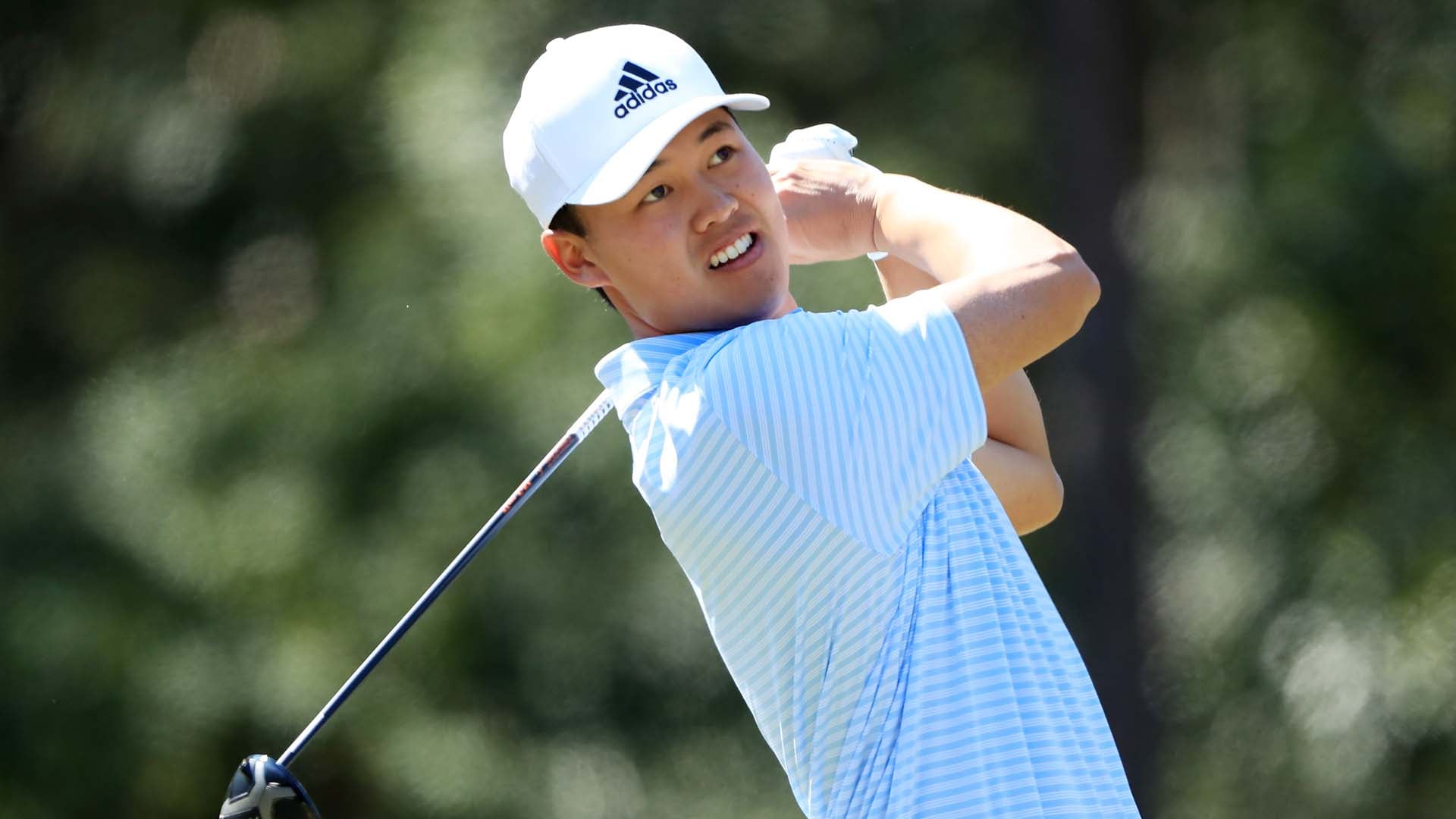 The Stanford grad took four transatlantic flights this summer to play tournaments – one for Open Qualifying, another for The Open at Royal Portrush, a third for the Walker Cup at Royal Liverpool and most recently to make his first pro start, at the Alfred Dunhill Links in Scotland.

Sure, he racked up a bunch of Delta miles, but Wu’s last trip likely resulted in a sponsor exemption into this week’s Houston Open. While he missed the cut, Wu teamed with Astros owner Jim Crane over the three days in the pro-am format.

Through 54 holes at the Golf Club of Houston, Wu has backed up Crane’s decision to extend an invite. After a 3-under 69 Saturday, Wu is tied for sixth at 8 under, just three shots off the lead.

“It doesn’t surprise me,” said Stanford coach Conrad Ray, who was back home watching the coverage on television. “He maybe has been a little under the radar with what guys like Matt [Wolff] and Collin [Morikawa] have done by winning Tour events, but he’s been very competitive.”

After going 3-0 in match play to help Stanford win the NCAA title, Wu qualified for both Opens this summer, grabbing low-amateur honors at Pebble Beach. He fared well in his amateur events, too, and earned a spot on the U.S. Walker Cup team. He went 3-1 at Royal Liverpool to help the Americans to victory.

Wu then turned pro, deciding to make his pro debut on the European Tour rather than stateside. He struggled the third day with a 76 at Carnoustie and missed the cut by four.

“I’d been playing really well and felt really confident, and then, I’m not gonna lie, that last round at Carnoustie at the Dunhil felt like I got hit in the mouth,” Wu said. “I basically hadn’t played that many bad rounds all summer, so I had to take a step back after that and kind of like, ‘Ok, be confident, do what you’ve been doing and you can go play well.’”

Wu’s second drive of the tournament Thursday in Houston found the rough and led to bogey. His next drive splashed in the water. But Wu, known for his high golf IQ and ability to stay calm through adversity, got up and down to save his par and responded with three straight birdies.

He made just one bogey Saturday as he’s continued to play to his strengths: Hit it straight and make putts.

“He knows where his ball is going. He’s really good at playing away from trouble. That’s where he really matured as a player the last couple years at our place,” Ray said. “When you watch him hit it, you’re not like overly impressed with his ball flight, but it’s consistent and he putts well.”

Wu currently doesn’t have any status, but he will play second stage of Korn Ferry Tour Q-School next month in California. He’s seen his peers have instant success, but he doesn’t regret taking his time in making the pro jump.

“I felt like I turned pro right when I was ready,” Wu said.

Wu’s former teammate Maverick McNealy sees no reason why Wu can’t soon join he and the likes of Wolff, Morikawa and company on Tour in the near future.

“If he can continue to move the ball consistently one way and control that, and putt well, that’s a great recipe for success,” McNealy said.

Ray sees a future star, though not the flashy kind.

“He does have the ability to go low. He’ll get on a hot one and he’s not scared of that,” Ray said. “But he’s going to be the guy that’s super consistent, shows up every week and has a chance to make some money.”

Wu is showing that ability this week in Houston, and he could get used to it.

As he said Saturday: “This is where I always saw myself.” 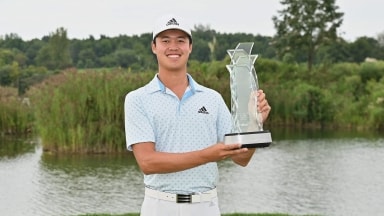 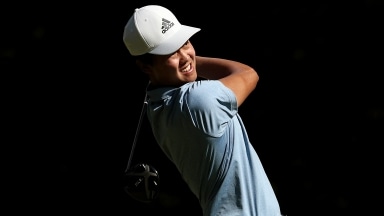 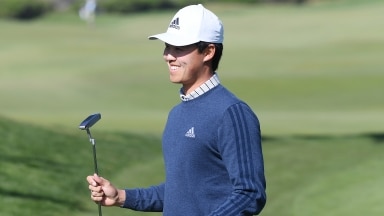