Fresh off win, inside Rory McIlroy’s jam-packed 24 hours traveling to the U.S. Open 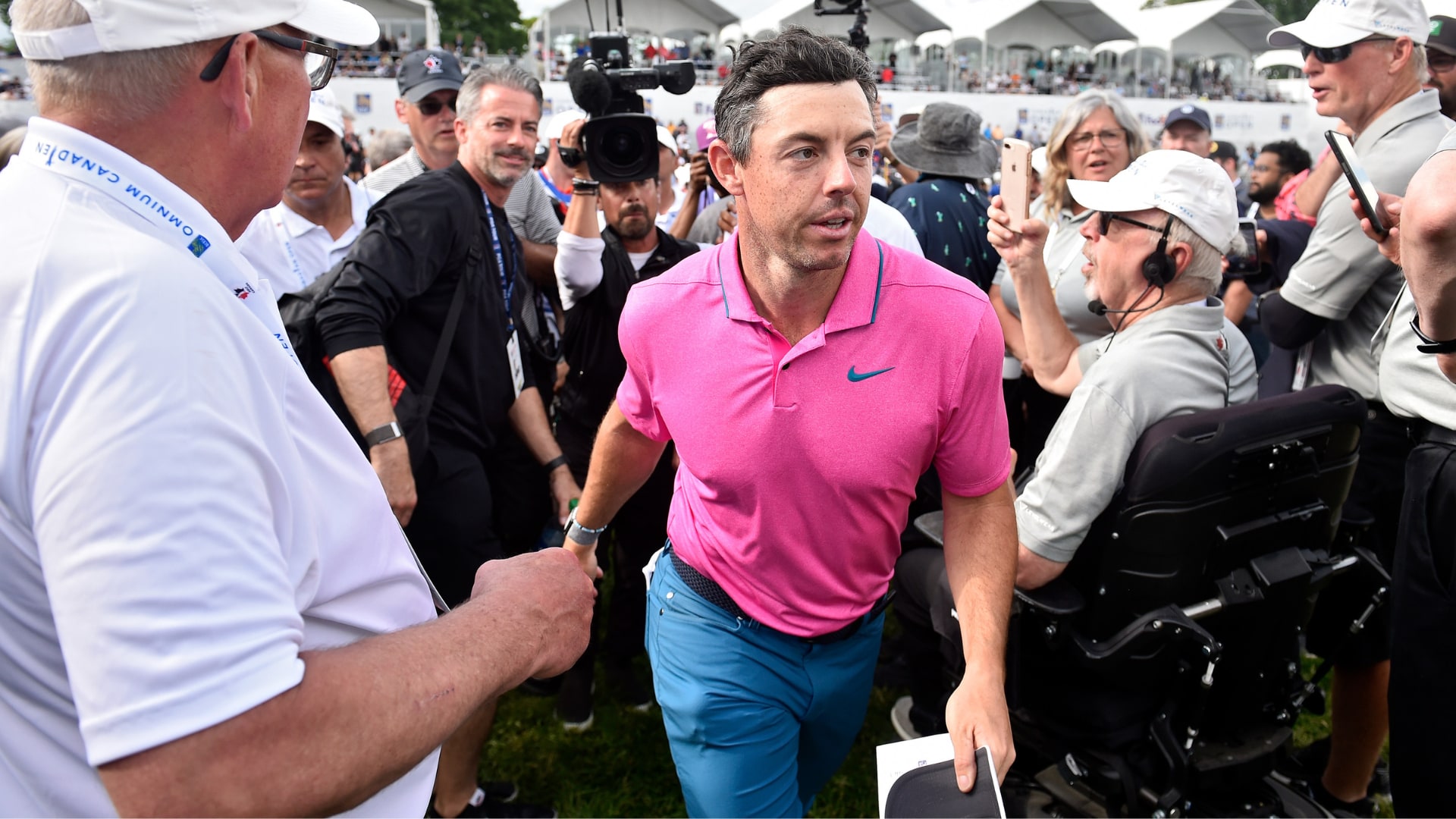 Rory McIlroy was the last player to win on the PGA Tour and win a major the following week, way back in 2014. On Sunday, he set himself up to repeat that feat by winning the RBC Canadian Open.

So how does a 21-time Tour winner spend the hours after a triumph, specifically the Sunday before the U.S. Open?

“I’ll go straight to the locker room, get all my stuff packed up, if it isn't already. Give the locker room staff a nice, generous tip for all their help this week. And then get going to the airport,” McIlroy said in his post-win press conference. “My wife and daughter are already on the plane, so [Erica’s] probably trying to keep [Poppy] entertained before I get there.”

Then it’s off to Boston to get to know The Country Club at Brookline, with maybe a glass or two of celebratory wine before he’s back to the grind.

“I gave Shane Lowry a ride from Jupiter up to Columbus last week, and he brought me a really nice bottle of wine,” McIlroy said. “So that's been with us. So maybe open that, if I'm not feeling too tired.”

Pretty straightforward: family, flight, freshen up and do it all over again, but Rory will be taking one key change from this week into major competition.

“One of the things for me this week, which I don't do usually, is I was pacing out all my yardage, writing all my notes down in my yardage book,” McIlroy said of the task that’s usually delegated to his caddie, Harry Diamond. But Harry wasn’t on the bag this week, opting to stay home for something even better: the birth of his second child, who arrived just in time Thursday to see Uncle Rory smash the weekend.

In his stead, McIlroy’s long-time friend Niall O’Connor filled in for the second time in the 33-year-old’s career.

“I had my head in my book a lot more today and was really into my shots and into my golf,” McIlroy reflected, saying despite the heavier load, “I think it really helped in terms of my mentality and my approach to some shots.”

With his head in his yardage book and Diamond “hopefully” returning this week, McIlroy is off to Brookline to try to make history once more.