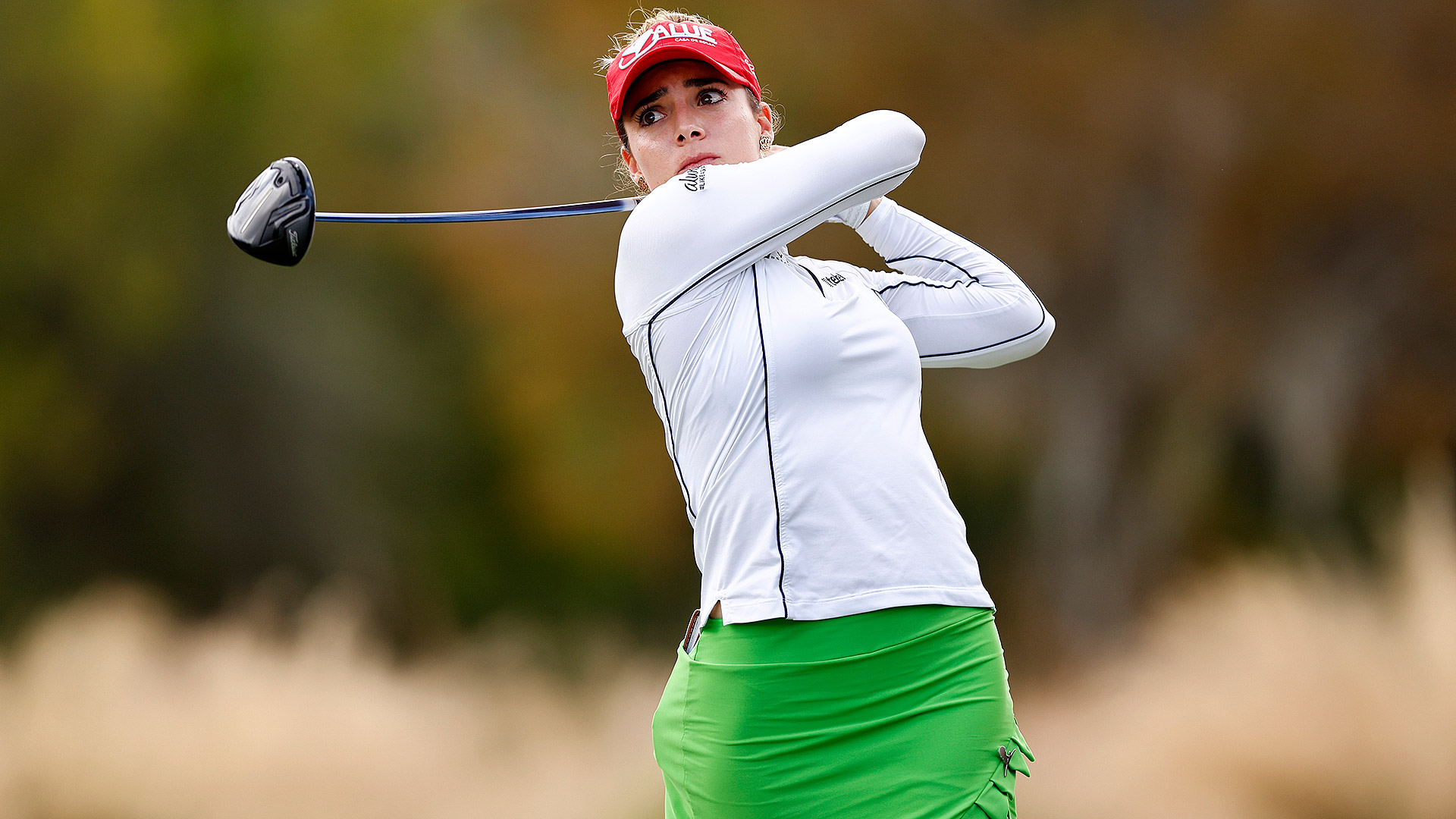 ORLANDO, Fla. – Gaby Lopez of Mexico began a new year and her seventh LPGA Tour season with a simple, and potentially prophetic, Instagram post: “Surprise me, 2022,” she wrote.

Lopez jumped out to the lead Thursday in the Hilton Grand Vacations Tournament of Champions, piecing together what she considered a near-perfect opening round to the new season. She made six birdies in a 5-under 67 at Lake Nona Golf and Country Club.

Lopez led by one shot over a foursome of players at 68 that included three major champions: world No. 1 Nelly Korda, who won her first major last year in the KPMG Women’s PGA; Danielle Kang, the 2017 Women’s PGA champion; and U.S. Open champion Yuka Saso, who bogeyed her final hole.

Also at 68 was Ryann O’Toole, a 34-year-old American who won for the first time last summer.

Lopez is a two-time winner on the LPGA, her last being a triumph at the 2020 Tournament of Champions across town, when she outlasted Nasa Hataoka in a seven-hole playoff at Tranquilo Golf Club. This week features a limited field of 29 LPGA tournament winners from the last three seasons competing next to 50 celebrities.

Looking back, Lopez said she enjoyed carrying the crown as “champion of champions.” Apparently, she enjoyed it enough to jump right back in the mix.

For Lopez, her solid play at Lake Nona was a continuation of a hot finish to 2021, when she recorded top-10 performances in three of her final four starts.

Lopez said she enjoys competing in the pro-am format of this event, as she is able to switch off her brain from constantly thinking about golf. Starting on Lake Nona’s back nine, she enjoyed her walk alongside former NFL standout Marcus Allen and former MLB slugger Joe Carter, taking full advantage by asking them how they approached their respective sports from a mental standpoint.

Nelly Korda, who won the Gainbridge LPGA at Lake Nona in February, got off to a poor start, making bogeys at two of her first four holes, but soon showed the form that lifted her to four LPGA victories a year ago, including her first major, as well as an Olympic gold medal in Tokyo.

She birdied three consecutive holes starting at the short, par-4 fifth, and moved to 4 under for her round when she hit hybrid from 222 yards to 4 feet at the 522-yard 11th to set up an eagle.

After accomplishing so much last season, does she see any openings to improve any specific areas of her game?

“Every part of my game,” Korda said. “I mean, mental aspect, I think even the physical aspect of it. Every part of the game can get better, always. The game of golf is constantly moving forward, and you kind of have to move with it.”

Jessica Korda, Nelly’s older sister, opened defense of her Tournament of Champions title with a solid round of 69, playing 17 bogey-free holes before finishing with a bogey at the difficult, 398-yard closing hole. 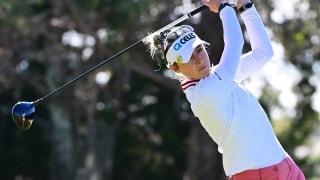 Nelly Korda used a three-birdie stretch and an eagle to right the ship after a poor start Thursday at Lake Nona.

Michelle Wie West, competing for the first time since the Women’s PGA last summer, opened with a round of 1-under 71. She made five birdies on her day, including a three-birdie run that started at the par-5 11th.

She finished in midafternoon. Afterward, would she follow her old routine and head right to the practice tee?

“I’m going straight to bed,” Wie West, 32 and the mother of an 18-month-old daughter, said with a smile.

Annika Sorenstam, a World Golf Hall of Famer who is competing on her home course, made 33 points in the modified-Stableford points format to lead the tournament’s celebrity division. Former MLB pitchers Mark Mulder (a former champion) and Derek Lowe, former NHL player Jeremy Roenick and military veteran Chad Pfeifer, who competes on a prosthetic leg, each finished with 32 points. 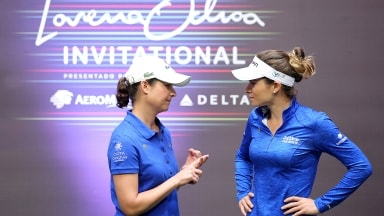 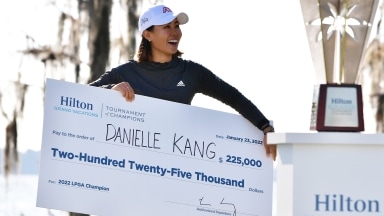 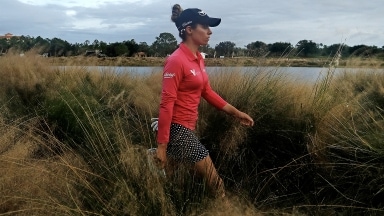 Gaby Lopez loves to journal and she’ll have plenty to write about Saturday night after shooting 3-under 69 to enter Round 4.