LAS PALMAS, Spain — Garrick Higgo of South Africa shot 7 under and took a two-shot lead into the final round of the Gran Canaria Open on Saturday.

Higgo’s round of 63 was a career best for him on the European Tour. He eagled the par-5 fourth hole and hit six birdies to go with one bogey at the Meloneras Golf Course on Spain’s Canary Islands.

“It was good. An unbelievable start,” Higgo said about going 5 under on his first four holes.

“I putted well, my chipping has been great,” he said. “I’m definitely going to try and be aggressive if I can (tomorrow), but I’m just going to enjoy it. It’s a good spot to be in.”

The 21-year-old Higgo is seeking his second title on the tour after winning the Portugal Open last season.

Matthias Schwab, Matthieu Pavon, and Connor Syme are all two shots back, followed by Sam Horsfield and Jeff Winther at three behind.

Wu Ashun’s round of 61 was the lowest round ever by a Chinese player on the European Tour. He is four shots back with seven other players. 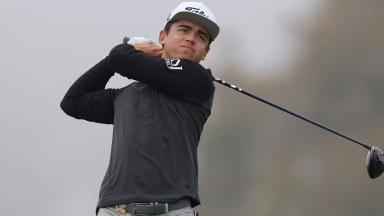 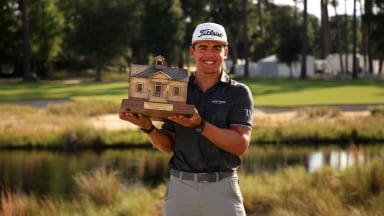