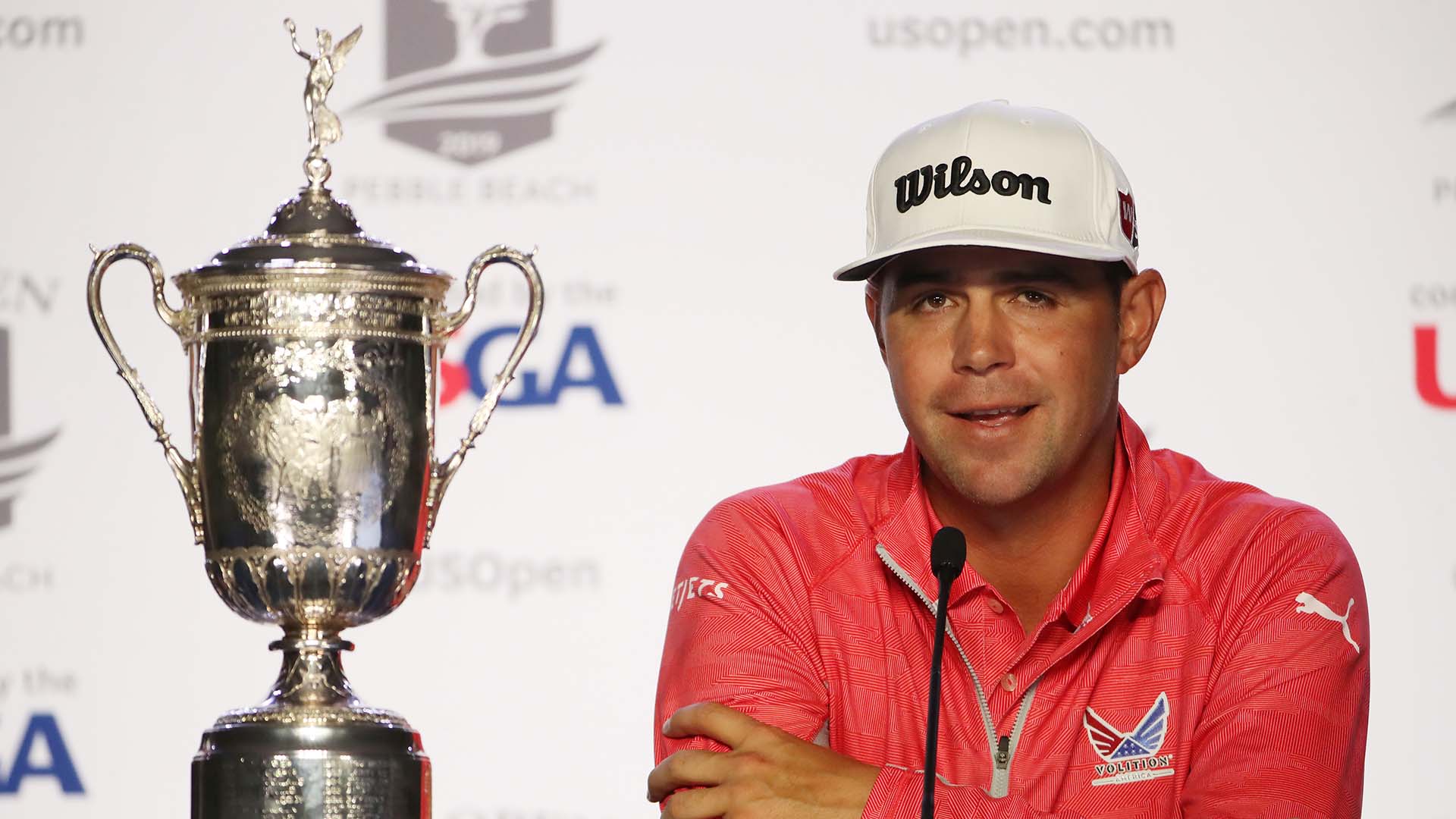 PEBBLE BEACH, Calif. – Sitting on stage Sunday with the giant U.S. Open trophy next to him, Gary Woodland stared into a throng of reporters and said with a straight face: “I don't think my game is where it needs to be, but it's getting there."

"I'm becoming a more complete player," Woodland continued to explain. "I have more shots. I can rely more on my putting, rely on my short game. Things I couldn't do even last year.”

Woodland has been trending in this direction for a while, recording two top-10s in his last three major starts before the U.S. Open, after not sniffing the top 10 in his previous 27 tries. The recent major success is a testament to Woodland's coach, Pete Cowen.

“He's been great for me. But I think we're only on the tip of the iceberg," Woodland said. “It's a work in progress. We've only been full swing since December. I'm hitting as good as I ever have.”

But just because the PGA Tour veteran thinks he can play even better doesn’t mean he can’t appreciate what he accomplished this week, especially on the mental side.

“I think from a mental standpoint I was as good as I've ever been. I never let myself get ahead of myself. I never thought about what would happen if I won, what comes with it. I wanted to execute every shot. I wanted to stay in the moment. I wanted to stay within myself," Woodland said. “I knew I was playing good going in, but I've been playing good going into a lot of tournaments before and haven't had the results I'd like. I was proud of myself to stay in it, to slow down a little bit, to slow my thinking down and really focus on what I was doing and not let my mind wander at all.”

So consider yourselves officially on notice, rest of the PGA Tour. When this U.S. Open champion finally puts it all together, watch out.