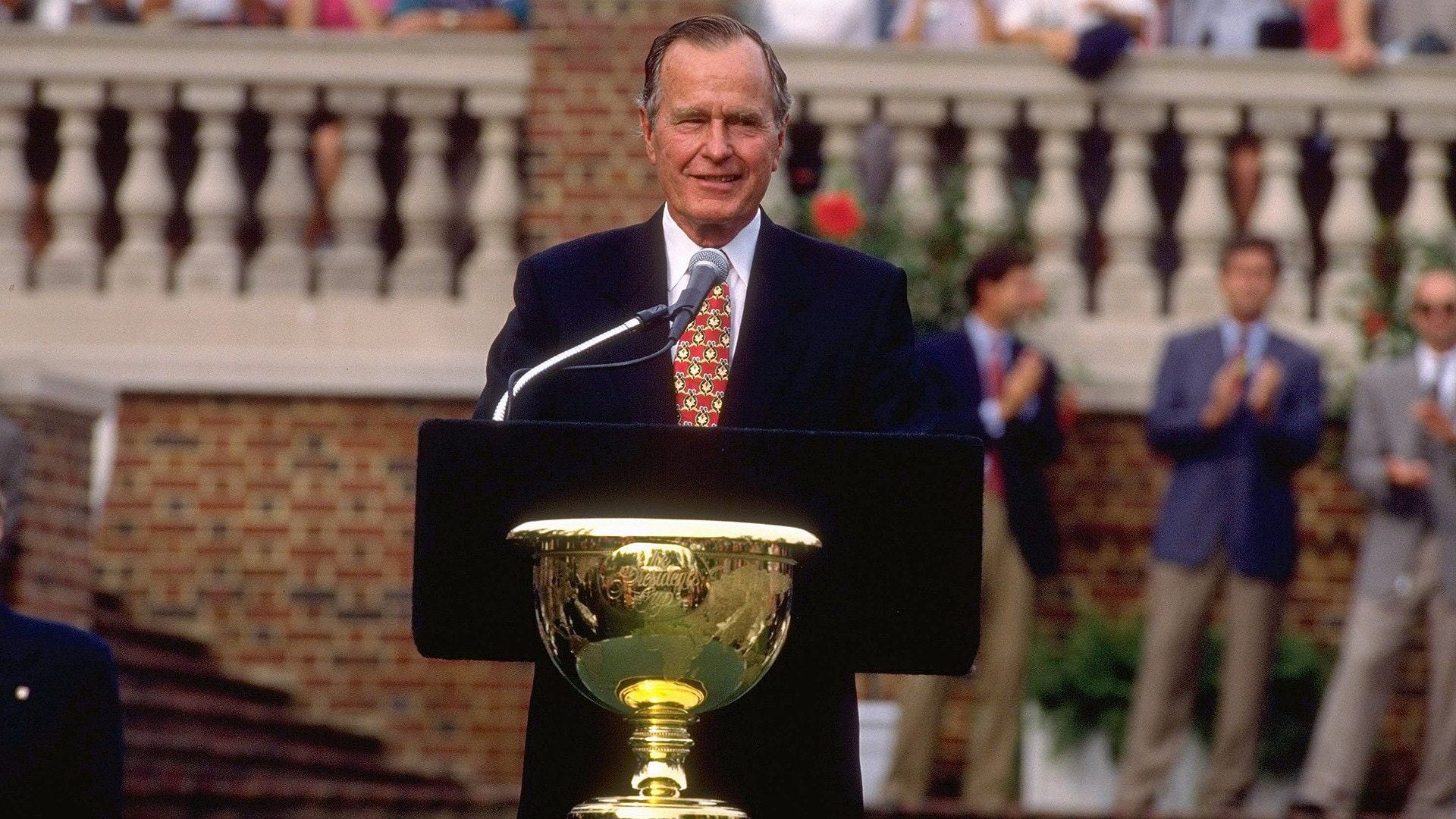 The 41st president was an avid golf fan and helped raise the profile of the sport. In the past two decades, after his administration, Bush had received numerous awards from golf organizations, including the PGA of America’s Distinguished Service Award (1997), the USGA’s Bob Jones Award (2008) and the PGA Tour’s Lifetime Achievement Award (2009).

In 2011, he was inducted into the World Golf Hall of Fame, via the Lifetime Achievement Category.

His ties to golf ran deep: Bush’s grandfather, George Herbert Walker, served as president of the USGA in 1920 and is credited with proposing the idea of the biennial, intercontinental amateur matches that have since become known as the Walker Cup.

In 1995, during perhaps his most historic round, Bush played alongside former President Gerald Ford, then-President Bill Clinton, Bob Hope and defending champion Scott Hoch at the Bob Hope Classic (now known as the CareerBuilder Challenge). 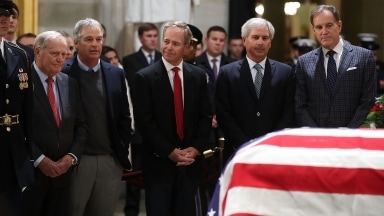 Golf notables, including Jack Nicklaus and Phil Mickelson, were at the Capitol Rotunda on Tuesday to pay tribute to former President George H.W. Bush. 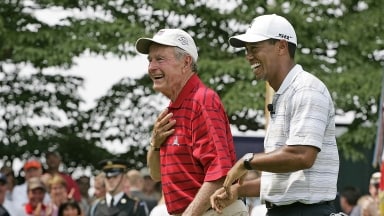 President George H.W. Bush was many things to many people, but for those within the golf community, he was the living embodiment of everything that makes the game so special. 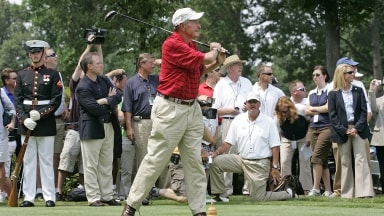 Look back through the years at former President George H.W. Bush and his lengthy, lasting relationship with golf.