The golf divide between Tour and LIV has fractured friendships, too 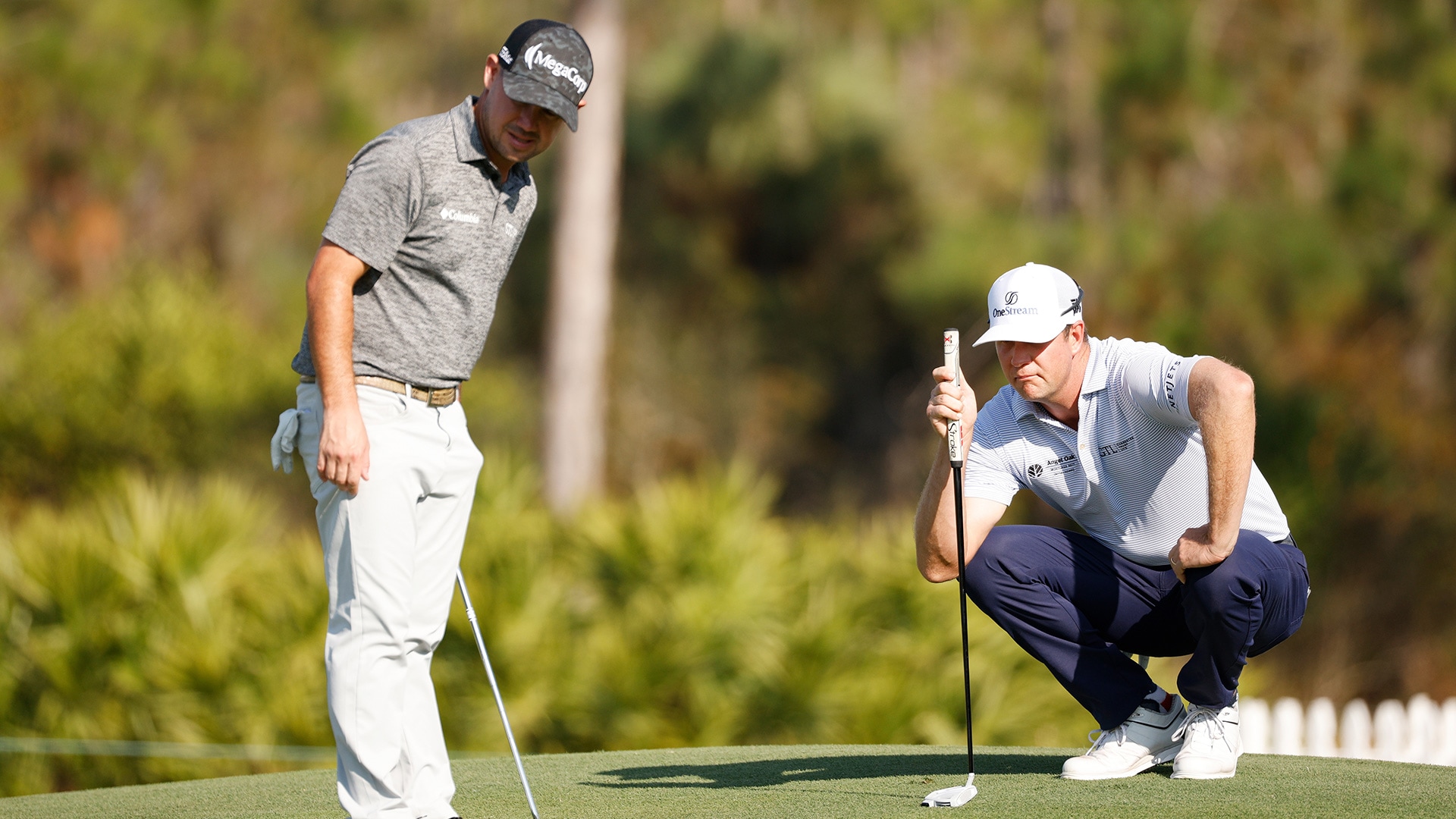 The QBE Shootout is the PGA Tour’s ultimate buddy’s trip; two-player handpicked teams playing 54 holes of “silly season” golf in Naples, Florida, as the rest of the nation braces for winter.

When the field was announced last month, the home page of the tournament’s website boasted an idyllic sun-splashed snapshot from last year’s event at the Tiburon Golf Club. Max Homa was teeing off while his teammate, Kevin Kisner, watched. The less idyllic version of the same photo showed Brian Harman standing on one side of the tee box and his teammate Hudson Swafford on the other.

Functionally, the space between the teammates is the innocent byproduct of Harman being left-handed. But given the fractured state of the professional game, the image represented a sad metaphor.

At last year’s QBE Shootout, LIV Golf was little more than a theoretical threat. Outside of the Tour’s global headquarters, few could have imagined just how disruptive the Saudi-backed league would become. Even fewer could have imagined how the startup would fracture some of the game’s closest relationships.

The divide is right there on that Tiburon tee box.

Harman and Swafford were teammates at the University of Georgia before becoming St. Simons Island, Georgia, neighbors and regular practice round partners on the PGA Tour. That all changed in early June when Swafford was among the first to break from the Tour and join LIV Golf.

Understandably, few players – including Harman and Swafford – want to make this any more personal than it already is, but in general terms it’s not difficult to read between the fractured lines.

“There’s definitely some push back. I think it’s crazy how some guys have made it personal. I don’t know if it’s jealousy, they didn’t want to take a leap of faith or they didn’t trust [LIV Golf]. I don’t know what their thinking is. I basically switched jobs. I took a different job somewhere at a start-up,” Swafford said during the LIV Golf finale at Doral in late October. “I don’t get the personal vendettas that I’ve come across towards me. It’s been quite interesting.”

Unlike some of the Tour’s more outspoken players, most notably Rory McIlroy (who has become the circuit’s unofficial spokesperson on all things LIV Golf), Harman has been largely low-key when it comes to the breakaway circuit. But he added some insight as to where he stood when asked how the game’s divide has impacted him.

“Unfortunately, yeah my relationships have changed,” Harman said. “I’m hoping that as time goes on that stuff can get fixed.”

McIlroy was not as vague in a recent interview with the Sunday Independent in Ireland regarding his relationship with Sergio Garcia, a LIV convert and former Ryder Cup teammate of McIlroy’s. 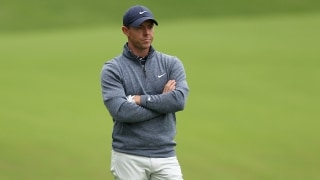 The duo’s friendship unraveled the week of the U.S. Open when McIlroy said in an interview that players who joined LIV Golf were taking the easy way out. The Northern Irishman said Garcia texted him following that interview, “basically telling me to shut up about LIV, blah, blah, blah, blah, blah.”

“I was pretty offended and sent him back a couple of daggers and that was it,” McIlroy said.

Despite that rancor, McIlroy, who counts himself among the hardline Tour defenders, recently hinted at a possible olive branch, albeit with the heavy caveat that the only way to the negotiating table is if LIV Golf CEO Greg Norman goes.

But as strident as McIlroy has been about LIV Golf, his distaste has largely remained focused on the circuit’s leadership, particularly Norman, and its version of professional golf, not those who opted for the guaranteed riches. The best example of this is fellow Northern Irishman and LIV member Graeme McDowell.

But not everyone is open to a détente.

“Some of them don’t understand why it’s awkward or uncomfortable – why we are mad,” said Davis Love III, who also calls St. Simons Island home and has been something of a mentor for Swafford. “They are getting paid a lot of money and they swallowed the Kool-Aid.”

Not every player who remained loyal to the Tour is as passionate about the split as Love and McIlroy. Some, many even, embraced a live-and-let-live outlook, particularly as friends began to migrate to LIV Golf. While the divide has allowed words like “legacy” and “meritocracy” to be weaponized, there was an early belief that each player had to do what they felt was right for themselves and their families. Those arguments unraveled on Aug. 3 when a group of 11 Tour players who had joined LIV Golf and been suspended by the Tour for violating the circuit’s regulations on conflicting-event releases and media rights sued the circuit.

The antitrust lawsuit that was filed in the U.S. District Court in California’s Northern District unleashed a level of vitriol that had never before existed in golf.

“It was really emotional for a lot of people. For me it was the lawsuit. That’s when it really got personal for me,” Harman said. “I can’t fault anybody for any financial decision they’ve made. That’s there’s to make, not mine, but it [the antitrust lawsuit] felt like an attack on the way I provide for my family and the way that I do it. That I took very personally.”

“The one thing I have a problem with, and I would tell [Matt] Jones to his face, I do have a problem with them suing us,” said Kevin Streelman, a Scottsdale, Arizona, resident who counts Jones as a friend. “I think he’s just doing that for his Saudi controllers. They’re using him for that. That’s kind of a shame because the Tour has been very good to him for a long time.”

The legal wrangling was ratcheted up when three of the plaintiffs – Swafford, Gooch and Jones – filed a motion seeking a temporary restraining order that would have allowed them to compete in the FedExCup playoffs. Judge Beth Labson Freeman largely dismissed the players’ claims and they were banned from the postseason. But the damage was done.

Even as most of the plaintiffs dropped out after LIV Golf joined the lawsuit – including Mickelson and all but three of the original players – the animosity only grew. Even after Swafford withdrew from the legal proceedings, the line had been crossed.

“There are definitely some friend dynamics that have changed on the PGA Tour. It’s sad. It definitely hit home,” Swafford admitted. “I think everything will shake out in the end. There was definitely some animosity in the process, but at the end of the day it’s just golf and everybody’s doing what’s best for them.”

That argument, however, falls flat for some. Going to LIV Golf wasn’t necessarily an unforgivable act for many, but trying to circumvent the Tour’s regulations and play both circuits by way of legal gymnastics was viewed in many circles as an egregious overstep.

But lawsuits, including pending litigation in the United Kingdom by some LIV players trying to challenge similar sanctions from the DP World Tour, are just part of the gulf that’s only grown wider with each LIV event. It seems some friendships can endure a difference of opinion, but the vast sums of money being paid to LIV players is turning out to be just as corrosive as lawsuits.

“There’s animosity, probably some jealousy as well,” Joel Dahmen said. “That’s a lot of money they’re playing for. There are some guys over there that have made a pile of cash in eight events and they never made a pile of cash on Tour. They weren’t very competitive at times.”

While most of the barbs have been traded between the two sides in the media, there remains a connectivity among those who are loyal to the Tour and those who bolted for LIV in enclaves across the United States. From Scottsdale to South Florida, players from both sides still share the same practice range or clubhouse or gym.

“None of my close friends have said anything towards me or in the media that I felt was offensive,” said Kevin Na, who was among the first wave of players to join LIV. “I was surprised how some of the players were so negative and took it personal when all we’re really doing is playing the game of golf and doing what’s best for our family, right?”

While most relationships remain cordial, if not frosty, one LIV player who didn’t want to be identified for fear of aggravating the situation even more said the move to the rival circuit has come with a surprising amount of anger that he hadn’t anticipated.

Perhaps it’s the litigation or the jealousy or simply the duplicity of it all, but whatever is behind the underlying divisions it’s clear that LIV Golf has forged a divide in professional golf that goes well beyond ideological differences and cut through long-held friendships.

Harman and Swafford won’t be paired together for this year’s QBE Shootout. As a LIV member, Swafford – as well as defending champions Na and Kokrak and tournament host Norman – wasn’t invited and it seems neither is “there” yet. But embedded within the vitriol is a modicum of hope shared by two players who are otherwise polarized by the moment, with Harman echoing Swafford’s wish for a path forward, whatever that might look like.

“I’m just hoping it all comes out in the wash because life’s too short to be mad at people," Swafford said. "And that goes for both sides, but there’s still a lot that has to happen."