Good time to hang up on viewer call-ins 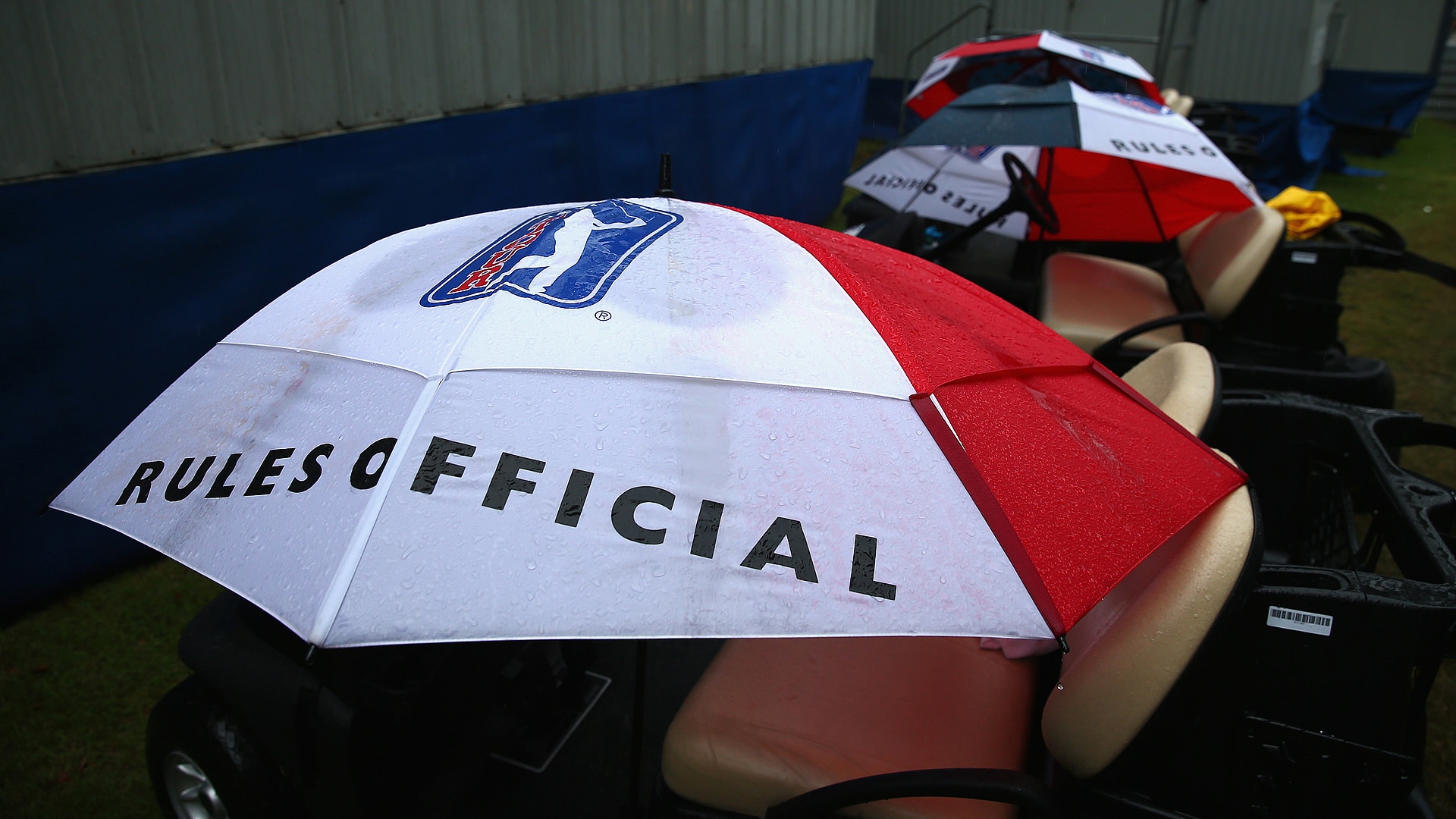 Golf announced the most massive layoff in the industry’s history on Monday morning.

Armchair referees around the world were given their pink slips.

The USGA and R&A’s announcement of a new set of protocols Monday will end the practice of viewer call-ins and emails in the reporting of rules infractions.

“What we have heard from players and committees is ‘Let’s leave the rules and administration of the event to the players and those responsible for running the tournament,’” said Thomas Pagel, the USGA’s senior director of rules and amateur status.

The protocols, formed by a working group that included the PGA Tour, LPGA, European Tour, Ladies European Tour and the PGA of America, also establish the use of rules officials to monitor the televised broadcasts of events.

Additionally, the protocols will eliminate the two-shot penalty when a player signs an incorrect scorecard because the player was unaware of a violation.

Yes, I can hear you folks saying armchair rules officials help make sure every meaningful infraction comes to light. I hear you saying they make the game better, more honest, by helping reduce the possibility somebody violates the rules to win.

But at what cost?

The Rules of Golf are devised to protect the integrity of the game, but perfectly good rules can be undermined by the manner and timeliness of their enforcement.

We have seen the intervention of armchair referees go beyond the ruin of fair play in how a tournament should be conducted. We have seen it threaten the credibility of the game in the eyes of fans who can’t fathom the stupidity of a sport that cannot separate common-sense enforcement from absolute devotion to the letter of the law.

In other sports, video review’s timely use helps officials get it right. In golf, video review too often makes it feel like the sport is getting it wrong, because timeliness matters in the spirit of fair play, because the retroactive nature of some punishments are as egregious as the violations themselves.

We saw that with Lexi Thompson at the ANA Inspiration this year.

We nearly saw the ruin of the U.S. Open at Oakmont last year, with Dustin Johnson’s victory clouded by the timing of a video review that left us all uncertain if the tournament was playing out under an incorrect scoreboard.

“What these protocols are put in place for, really, is to make sure there are measures to identify the facts as soon as possible, in real time, so if there is an issue to be dealt with, that it can be handled quickly and decisively,” Pagel said.

We have pounded the USGA for making the game more complicated and less enjoyable than it ought to be, for creating controversy where common sense should prevail, so let’s applaud executive director Mike Davis, as well as the R&A, for putting common sense in play.

Yes, this isn’t a perfect answer to handling rules violations.

There are trap doors in the protocols that we are bound to see the game stumble into, because the game is so complex, but this is more than a good faith effort to make the game better.

This is good governance.

And compared to the glacial pace of major rules change of the past, this is swift.

This is the USGA and R&A leading a charge.

We’re seeing that with the radical modernization of the Rules of Golf scheduled to take effect in 2019. We saw it with the release of Decision 34/3-10 three weeks after Thompson’s loss at the ANA, with the decision limiting video review to “reasonable judgment” and “naked eye” standards. We’re hearing it with Davis’ recent comments about the “horrible” impact distance is having on the game, leading us to wonder if the USGA is in some way gearing up to take on the golf ball.

Yes, the new video review protocols aren’t a panacea. Rules officials will still miss violations that should have been caught. There will be questions about level playing fields, about the fairness of stars getting more video review scrutiny than the rank and file. There will be questions about whether viewer complaints were relayed to rules officials.

Golf, they say, isn’t a game of perfect, and neither is rules enforcement, though these protocols make too much sense to be pilloried. They should be applauded. They should solve a lot more problems than they create.