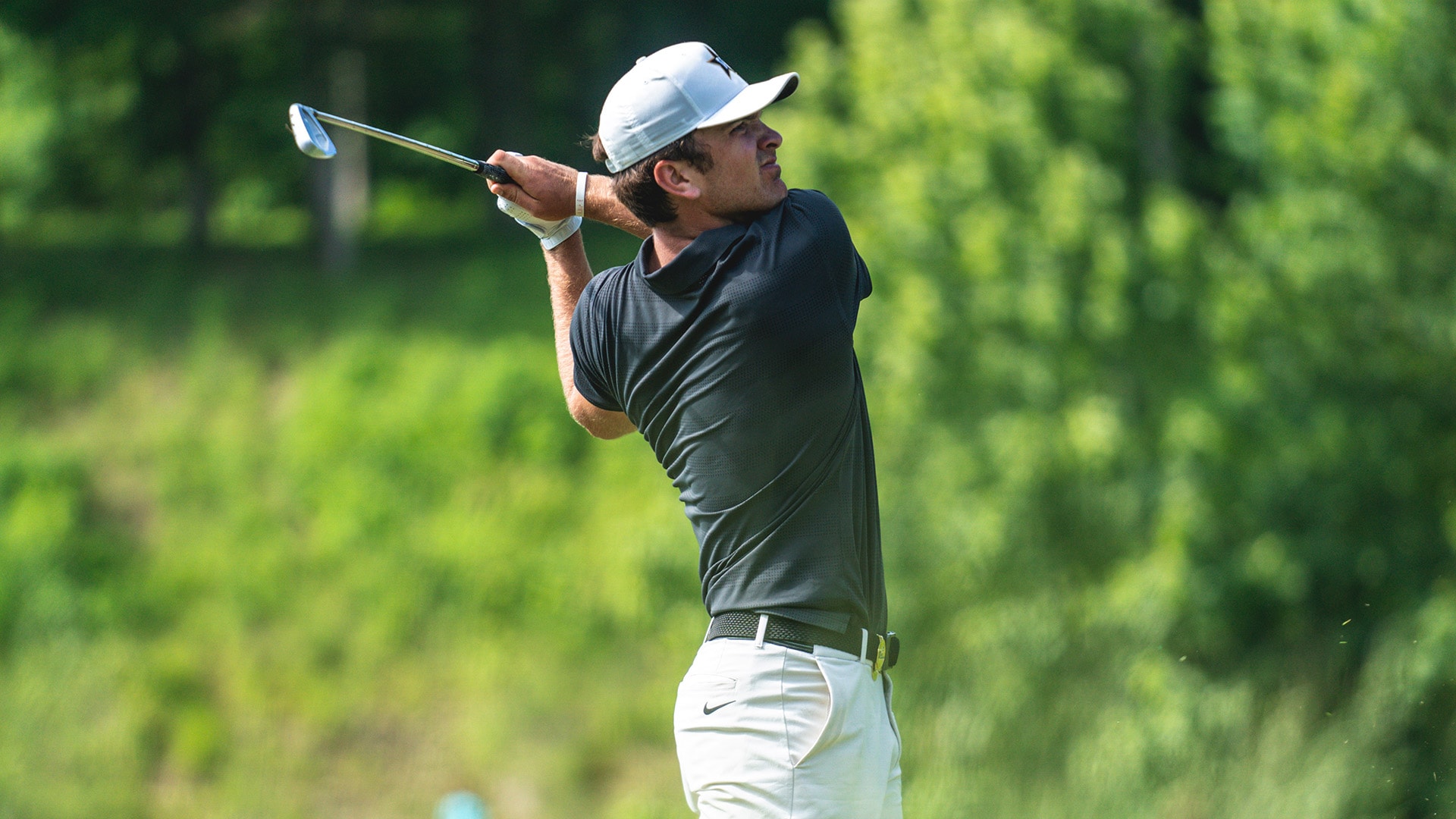 FAYETTEVILLE, Ark. – After a slow start to its NCAA Championship, Vanderbilt is beginning to find its groove – especially senior Will Gordon.

Gordon opened play at Blessings Golf Club with the worst round of his college career, a 10-over 82, as the fourth-ranked Commodores shot 19 over and were ahead of just 12 of the 30 teams in the field after the first round. Gordon also played his first nine holes Saturday in 3 over, but in his last 27 holes he’s made eight birdies and shot 3 under.

“I got ahead of the golf course today and that’s important out here,” said Gordon, who fired a 1-under 71 on Sunday. “The first day I just let the golf course get to me. I got off to a horrible start and I think it just rattled my cage a little bit. I hadn’t felt that way in a couple of years.”

Vanderbilt, an NCAA match-play qualifier in two of the past three years, has righted the ship, as well, going 1 under in its last two rounds to climb to sixth at 18 over.

“Just getting a little more comfortable and getting a little momentum on our side yesterday carried over into today,” Vanderbilt head coach Scott Limbaugh said. “There are great teams here, and great teams are going to play great no matter what happens. Wind can blow, pins can be tough, but great players will find a way to be great.”

Gordon has been Vanderbilt’s horse all season, winning twice and leading the team in top-5s (seven) and scoring average (69.21). Six of his past eight rounds have been in the 60s. For his career, he had only failed to break 80 once before Friday, shooting 81 in Cabo as a junior.

After wrapping up his opening round at Blessings, Gordon looked visibly dejected. He didn’t talk much during lunch or practice afterwards.

“He’s a big team guy, so more than anything he feels like he lets the team down when he does that,” Limbaugh said. “I think he got impatient and thought he was playing worse than he was and that just kind of escalated. But he’s more built to be able to handle that now.”

“It was pretty apparent I had to play better,” Gordon said.

Gordon flipped the switch back to his more patient and positive self. He birdied Nos. 10 and 11 to begin his third round, and then stayed the course following bogeys at Nos. 18 and 1.

His teammates followed suit. Harrison Ott’s 75 was the throw-out score as John Augenstein shot 72, Patrick Martin added a 74 and fifth-man Reid Davenport came up big with a team-best 70.

Davenport, a freshman, played just once in the fall and hasn’t notched a top-10 all season. But he has been building confidence and showed Sunday his potential.

“His talent is immense,” Limbaugh said. “He’s as talented a kid as we’ve had here. He’s just gotta learn how to put it all together. For him to go there and do that today was big.

“He’s being the guy who we all knew he could be.”

And Gordon is again.