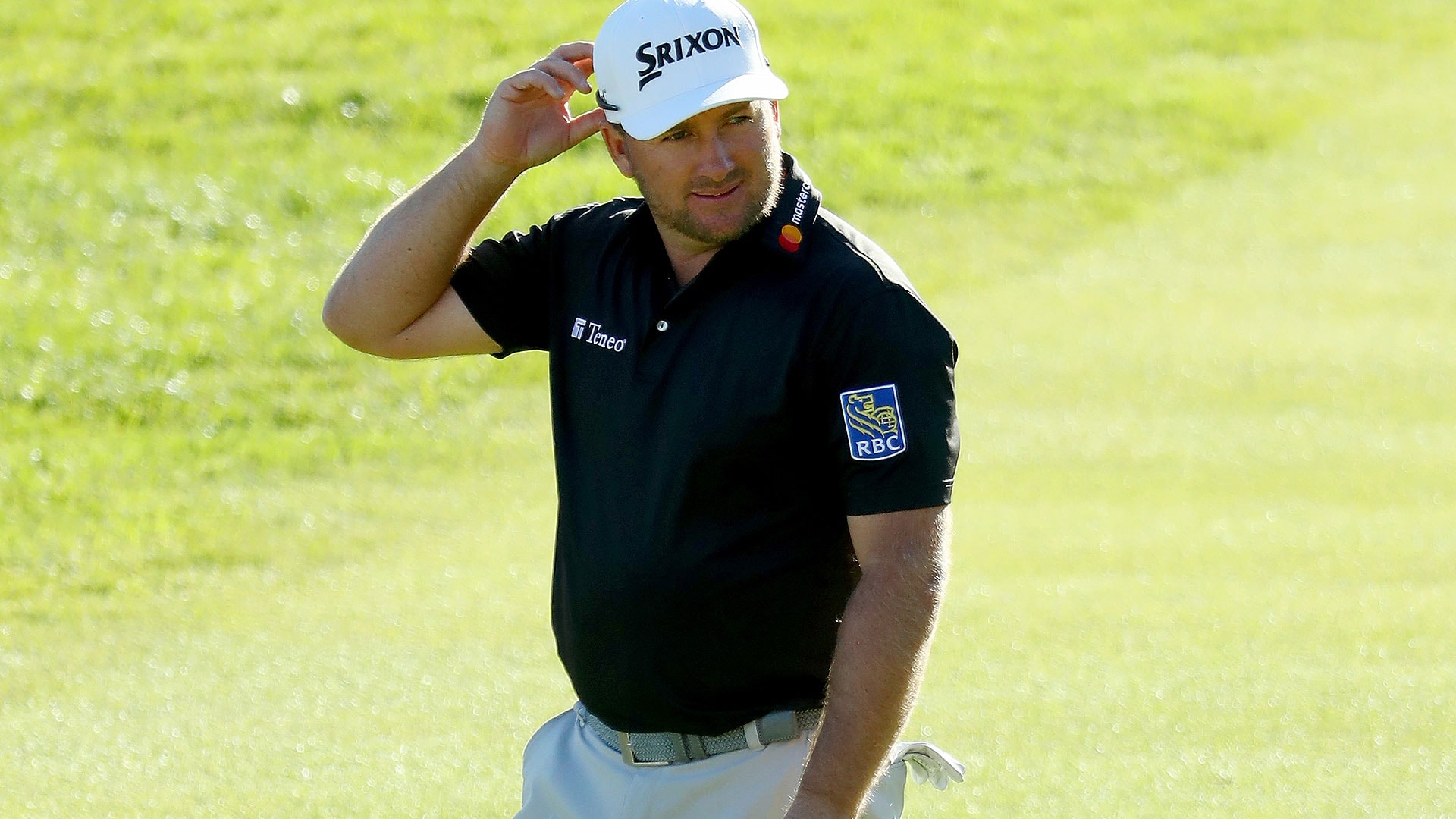 With his clubs yet to be found, McDowell posted to Twitter that he has officially withdrawn from Tuesday's qualifier in England:

I have officially withdrawn from @TheOpen qualifying tomorrow at St Anne’s Old Links. I cannot give 100% without my own equipment which has been mishandled by @AirFrance and must turn my attention to @DDFIrishOpen this weekend. Thanks for all the support.

Graeme McDowell can't find his golf clubs, and the issue may cost him a chance to qualify for The Open this week.

McDowell hopped a short flight from France to England following a T-37 finish at the HNA French Open, with plans to tee it up in final Open qualifying at St. Annes Old Links on Tuesday. While the Ulsterman landed in Manchester safe and sound, his clubs were nowhere to be found:

Need assistance from @airfrance. Flew into Manchester last night from CDG and my golf clubs are untraceable. I have a 36 qualifier tomorrow for @TheOpen and really need my bag. Thanks in advance. #help

There will be four separate, 36-hole Open qualifiers held simultaneously Tuesday, with the top three players from St. Annes, Notts Hollinwell, Prince's and The Renaissance Club all earning spots at Carnoustie in two weeks. McDowell had planned to try his hand at qualifying before heading to Ballyliffin where he'll play in this week's Dubai Duty Free Irish Open.

But as the search for his clubs extended into the evening hours Monday in Europe, McDowell seemed resigned to the fact that he would have to skip the qualifier and focus his attention on this week's Rolex Series event on the European Tour, where the top three players not otherwise exempt will also earn spots in The Open:

Clubs still not on way from Paris. Established that they are in the black hole known as CDG. @airfrance and @AirFranceUK have been very quiet on Twitter lately so no communication. Looking doubtful I will participate tomorrow @TheOpen qualifier.

I hear you man. Only 3 spots from 72 decent players and I have another event to get ready for this week, so have to cut my losses and start preparing. https://t.co/L49rE58pQh

Sent this guy @Jmjanaillac an email this morning, who I believe is the @airfrance CEO but got the cream pie. Maybe not a golfer. Frustrating one. Have to start switching my brain to @DDFIrishOpen. @TheOpen spots there also. Still need clubs!!!

McDowell won the 2010 U.S. Open, but he is currently ranked No. 175 in the world and his PGA Tour exemption for winning the 2015 OHL Classic at Mayakoba expires next month. Last year he missed The Open for the first time since 2003.