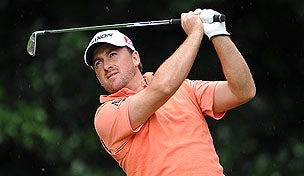 Graeme McDowell may not have walked away with the claret jug Sunday, but he did accomplish something else: The Northern Irishman virtually assured himself of a spot in the upcoming Ryder Cup, moving from fifth to second on the European Points List after his T-5 at Royal Lytham.

The top 5 after the Open Championship (points in parentheses):

The next five players will be the highest five on the World Points List not already on the team. Currently, that handful of players would consist of the following in order of their position on the list (points in parentheses):

Olazabal will finalize his team by making two picks. Here are a few players not currently inside the top five on either points list but who deserve consideration:

Nicolas Colsaerts: Bookend 65s at the Open show the potential of this long-hitting Belgian.

Ian Poulter: Always gets psyched for the Ryder Cup, and the Englishman’s T-9 at Royal Lytham was his second top 10 in a major this year (7th, Masters).

Padraig Harrington: Red-hot the past few months, the Irishman was a disappointing T-39 at the Open.