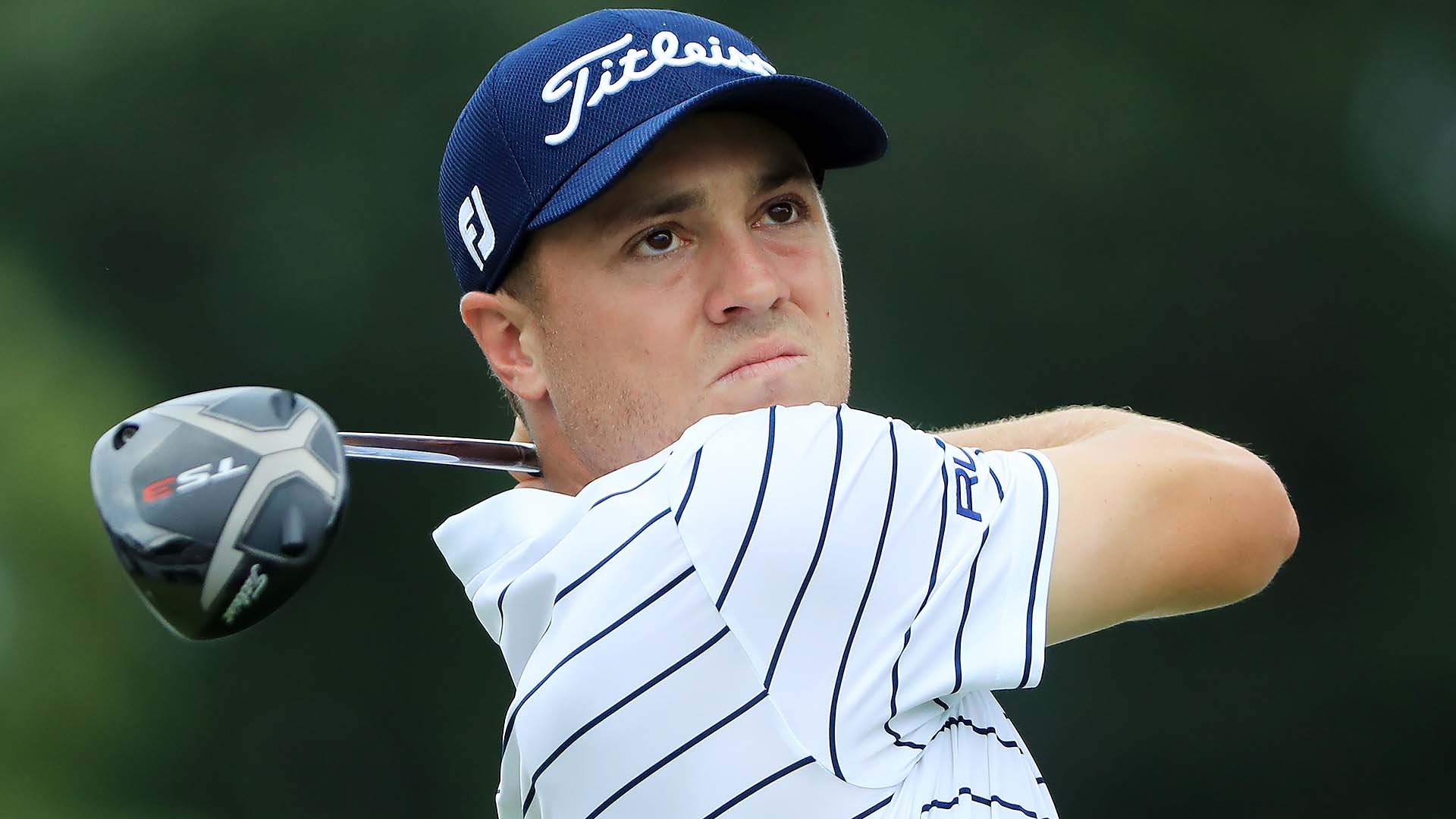 MEDINAH, Ill. – Medinah Country Club boasts a storied history, one that dates back nearly 100 years and includes five major championships and a Ryder Cup. It has built a reputation as a brawny, demanding, old-school layout, one that requires precision in every facet of the game.

And in the course of three rounds at the BMW Championship, that storied reputation has been torn to shreds.

It’s the depth of the red figures that are plastered across the leaderboards outside Chicago, where only two players will begin the final round over par. This, on a course where Lou Graham shot 3 over in 1975 and still left town with the U.S. Open trophy.

Eleven under, the 72-hole total that Tiger Woods shot en route to victory here at the 1999 PGA Championship, is only tied for ninth with a round to go and doesn’t stand a chance of retaining that position. Even Woods’ 18-under winning total from the 2006 PGA likely wouldn't be enough to catch Thomas.

“We all thought this was one of the more tough and bigger ballparks, and the whole field is playing well,” said Woods, who is T-31 at 7 under. “Somehow guys are figuring out a way to all make birdies.”

While Woods didn’t seem to have many answers, the same cannot be said for some of his peers. Adam Scott shot a 3-under 69 to move inside the top 20 at 9 under, but he was neither shocked nor surprised at the low scores posted around him.

While the scoring deluge has likely led to plenty of wincing among the Medinah membership, some factors have conspired to aid and abet the 69-man field. With the tournament moved up a month from its usual mid-September slot, players are enjoying summer heat that allows the ball to soar. And while sporadic storms throughout the week have softened the No. 3 course, the rain that blew through Saturday morning and caused a 76-minute suspension of play meant the leaders teed off with the course at its most vulnerable.

But in the Aussie’s eyes, the scoring this week highlights a glaring issue with the current state of the game. Scott pointed to shorter layouts like Colonial and Harbour Town as examples that length is not synonymous with challenge, and believes that the task required of top players has become overly simplified.

“If you require us to shape tee shots to get it in play, I think we’re going to struggle,” Scott said. “We just play straight. Everything straight. And if you had to draw a driver to get it in the fairway, down where you want to be and long, then I think we’re going to see different scores. But while there’s an option to go over trees and go over bunkers, it’s just relentless.

“The driver is the most forgiving club in the bag now. You swing as hard as you can and get it down there far, it’s not skillful. It’s not a skillful part of the game anymore.”

Scott was not alone in his assessment. Seven years removed from his postseason run to the FedExCup, Brandt Snedeker is poised for an East Lake return but mirrored Scott’s thoughts nearly word-for-word at Medinah.

Snedeker pointed to players like Jack Nicklaus, or even Davis Love III, both of whom were skilled drivers in their respective eras. But neither man could swing out of his shoes off the tee because the cost for a mis-hit drive with older equipment was exponentially more penal.

These days the misses are more manageable, which means top players like Thomas and Rory McIlroy can fire at will with the biggest club in the bag.

Staked to a six-shot lead and coming off his best round of the year, Thomas agreed that the soft conditions contributed significantly to the blood-red scoring trends this week. But he bristled at the notion that modern driving is nothing more than swinging for the fences.

“Trust me, I’ll show you some drives that go pretty far off-line, even if it doesn’t especially feel that far off,” Thomas said. “It’s the biggest face, so I guess you could make an argument that yeah, it’s the easiest to hit because you have the biggest margin for error. But the faster you swing it, the easier it is to hit off-line.”

In another place in time, perhaps a baked-out Medinah would have posed as stern a test as it did in major days gone by. Perhaps the sloping fairways would be less receptive to ball flights coming from any direction, with players required to put in more thought and strategy before firing over the corner of another dogleg.

But with more rain in the forecast bumping back final-round tee times, it’s not going to dry out here anytime soon. There will be another bevy of birdies in the final round, when a par-72 monster tipping out above 7,600 yards will play more like a par-68 muni.

In the modern game, technology off the tee continues to outpace any efforts to rein in the world’s best by adding distance. Throw in some receptive fairways and soft greens, and the scoring records might as well be written on napkins.

“That’s probably the best way the Tour can temper the scoring a little bit is stop watering greens as much. And fairways, for that matter. Let it run into trouble,” Scott sad. “Just stop watering stuff so much. Let it go firm.”