Guess who's back, back again: Stenson, 43, shows ability to persevere at Hero 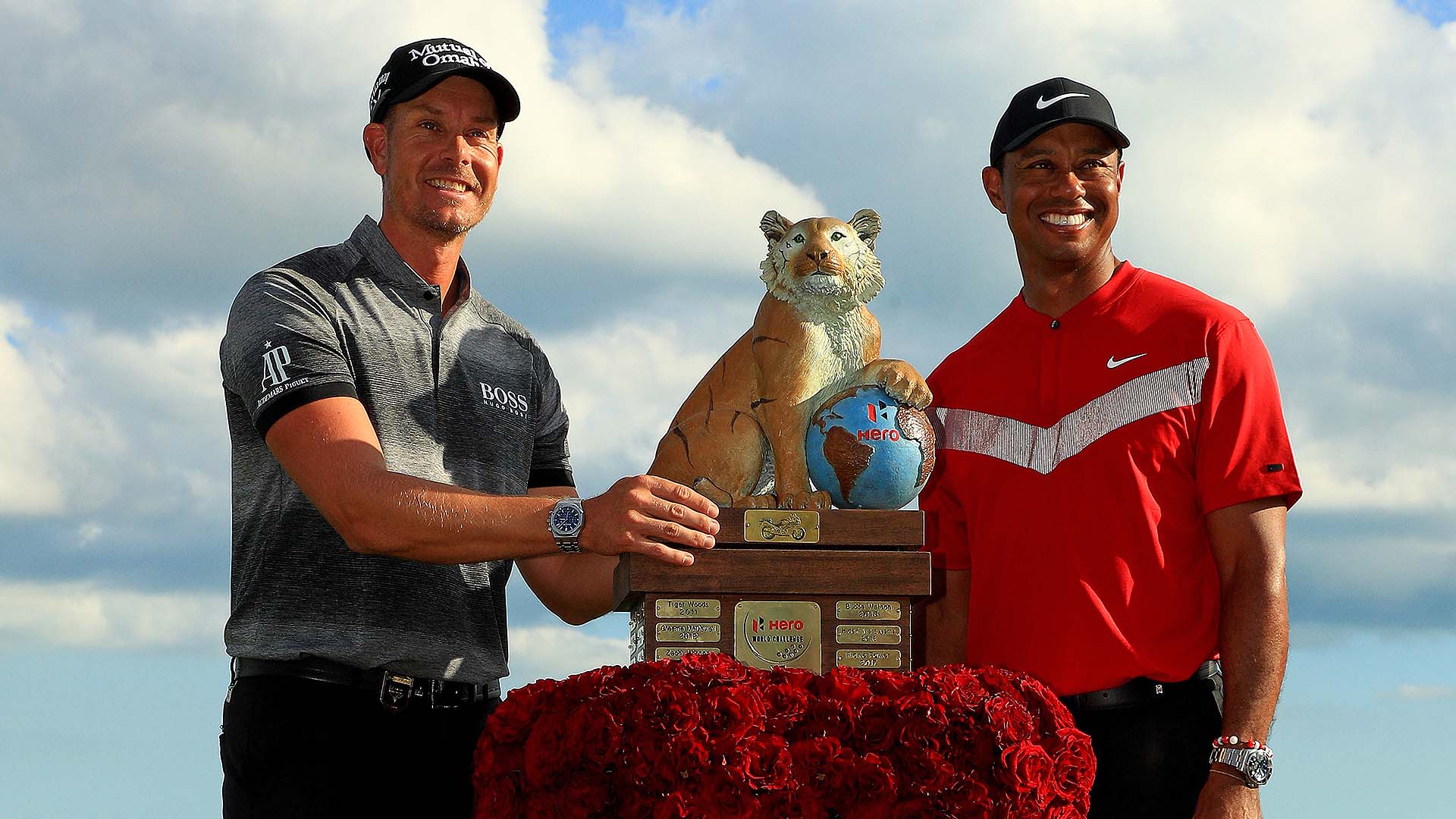 NASSAU, Bahamas – After tying for 44th two weeks ago at the European Tour’s finale in Dubai, Henrik Stenson headed straight to the range for an emergency session with swing coach Pete Cowen.

“For once we managed to pick the right things to work on, I guess, and I came here with certainly a better feeling,” said Stenson, who needed a special exemption to qualify for this week’s Hero World Challenge.

Stenson ended a two year winning drought by shooting 6-under 66 Saturday and notching a one-shot victory over Jon Rahm, his first win since the 2017 Wyndham Championship.

“I haven't played bad golf, but I haven't put myself in contention enough,” Stenson said. “It's just been a very average season, but it finished on a high and this should give us some good momentum. … Looking forward to the challenges ahead, because as we all know, this game is filled with challenges and you've just got to keep on working hard in keeping your patience and good things will come.”

At age 43, Stenson has had to navigate several hurdles. Back in 2001, Stenson overcame the full-swing yips to reach top 10 in the world. Ten years later, he experienced another dark period, dropping outside the top 200, but again battled back, climbing to world No. 2 and winning the 2016 Open Championship.

Now, after two surgeries in three years – a right-knee operation in 2016 and a left-elbow procedure about a year ago – and a dip to No. 40 in the world, Stenson continues to show an ability to persevere.

“The way that Henrik has fought his way back, the countless hours he's hit golf balls to figure it out, there aren't a lot of guys who lose their golf swing and come back,” said Tiger Woods, who knows a thing or two about comebacks. “You can lose a putting stroke, change a grip and come back, but you lose a golf swing and he can't find a map off the tee, that's way harder to come back from.

“What he's done, what he's shown over his career is very impressive, especially he's in his 40s now, and he's worked very hard to get here.”

The most recent slump wasn’t nearly as severe as his previous two, Stenson said, but he did admit that in the past couple of years he’s played to “probably 75 percent of my capacity.” But he was able to find something that Sunday in the Middle East, focus less on the details and more on the “bigger picture” of his swing, getting his body more engaged and swing in a better position to regain some speed that he had lost.

“I'm not going to give you all the secrets, obviously,” Stenson quipped.

But there is no secret Stenson’s confidence is higher.

“It's easy to let go and not trust what you're doing when you're struggling, not getting the results you want in terms of where the ball starts and which sidespin it has,” Stenson said. “Of course, you're going to feel a little more insecure and doubting what you're doing. … It's more a question of being enough in the right direction to be able to play and feel comfortable, and clearly this week we were on the right side of the fence with that.”

While Stenson wants to get further away from that fence – “still some ways to go in confidence and when you really feel like you can hit the perfect shots,” he admitted – Saturday’s 5-wood into the par-5 15th green to set up a tap-in eagle and take command of the tournament at 18 under was, well, pretty perfect.

So was two-putting for par to clinch his first victory in what felt like ages.

“This win feels really nice given the hard hours, because even if you're not getting the results … you're still working hard and you've got to put the work in,” Stenson said. “If you don't do that, you're not going to get the rewards, for sure. This feels like a good gratification for the patience and hard work that we've done.”