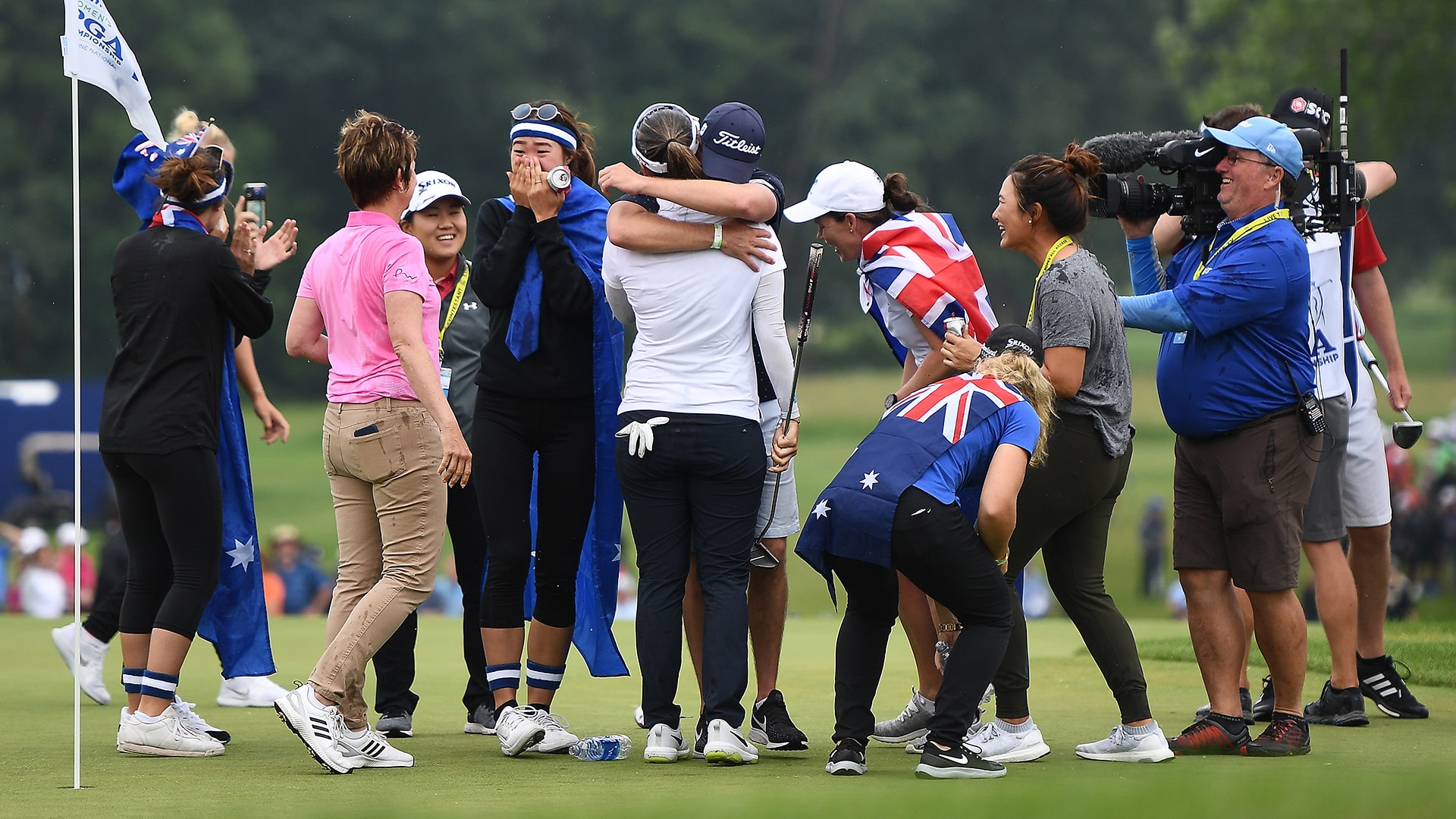 Hall-of-Famer Karrie Webb wasn’t surprised as she marched around Hazeltine National watching Green join her and Jan Stephenson as the only Aussie women to win a major championship.

Green is a former Karrie Webb scholarship winner, one of a handful of young Aussies who have been mentored by the seven-time major championship winner. As a scholarship recipient, Green and fellow amateur Su Oh got to spend a week with Webb at the U.S. Women’s Open at Lancaster (Pa.) Country Club in 2015. They got to watch close up how Webb handled major-championship pressure.

You could say Green officially graduated from the program with her wire-to-wire triumph.

The scholarship program’s story came full circle at Hazeltine, with Webb spending the week watching how Green handled pressure. Webb hosted a full house here on the outskirts of Minneapolis, with Green, Oh and the two newest Webb Scholarship winners among those sharing a domain.

Green used all the lessons Webb passed along.

How did Green sleep on the final-round lead?

“We had a big crack of thunder that shook the house in the middle of the night,” Webb said. “Hannah didn’t even hear it. I thought that was a pretty good sign she slept well.”

Green, 22, continued to show just how young and deep the LPGA is becoming. She’s the 11th different winner in the last 11 women’s majors. That’s four major winners in a row aged 23 or younger.

“I can't believe I'm in this position right now,” Green said. “To win a major championship as my first event is crazy.”

After rolling in a 5-foot putt to save par at the last, Green got a hug from Webb, who walked all 18 holes. Green also got doused in Budweiser by her boyfriend, Jarryd Fenton, and by Webb and the rest of the Aussie contingent following her.

“I don’t think any of us Australians would be the same person we are today without Karrie in our lives,” Green said.

Webb started her scholarship program in 2008 as a way to accelerate development of young female Aussie amateurs.

“Hopefully, Hannah’s win inspires all of them,” Webb said.

“This has just changed her life,” Webb said. “I don’t think she will realize it until she wakes up in the morning.”

The breakthrough was also special because of whom Green beat.

Green stared down Ariya Jutanugarn over the final 36 holes in their Saturday and Sunday pairings together. Jutanugarn swept every important LPGA award there was to win last year. She’s a two-time major winner and former world No. 1.

Green won after standing in the 18th fairway watching Sung Hyun Park, the defending champ and another former world No. 1, roll in an 18-foot birdie right in front of her, to close within a shot.

Ultimately, Green won getting up and down for par from a greenside bunker at the last, a fitting end to a week of brilliant scrambling. She got up and down from trouble all four rounds.

“That’s world class the way she closed out,” Webb said.

Yes, Green may have stunned a lot of folks who didn’t see this coming. She was, after all, ranked 114th in the Rolex Women’s World Rankings, a second-year LPGA member who had yet to contend in any of the six majors she played coming to Hazeltine.

And she was coming off a missed cut.

“Everyone was kind of shocked by Hannah’s performance,” Webb said. “But I’ve been waiting for this.”

Even after her four-shot lead dwindled to a single shot with three consecutive bogeys in the middle of the round, Green didn’t back down. She regrouped, occasionally pulling out a poem that 7-year-old Lily Kostner gave Green as she walked to the eighth tee. Kostner told Green she was going to win as she handed her the poem, which was a “thank you” for a golf ball Green handed Lily during the ANA Inspiration in April.

Green stuffed the poem into her yardage book.

“I’m your biggest fan,” Kostner wrote in her poem.

Green made a lot of new fans inside and outside Australia with her victory. 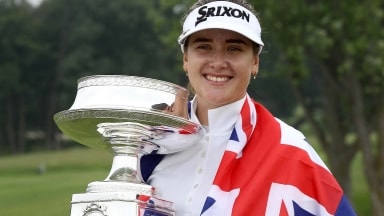