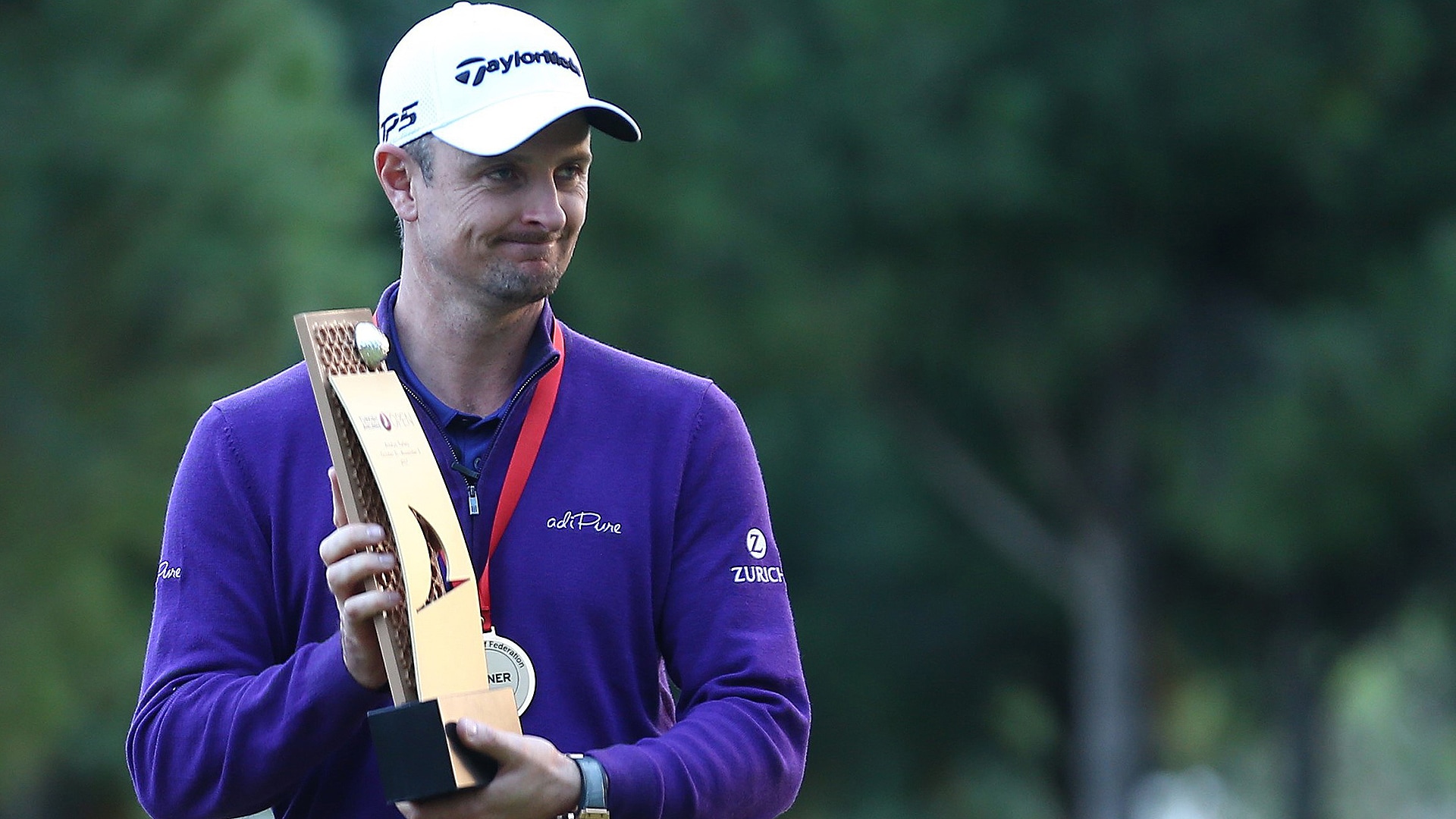 ANTALYA, Turkey – Two weeks ago, Justin Rose would have rated his season a B-minus – a solid year, couple of top-10 finishes, lofty spot at East Lake for the PGA Tour finale – but not complete

That all changed, first last week at the WGC-HSBC Champions when he rallied to beat world No. 1 Dustin Johnson, then on Sunday where he birdied three of his last four holes to win the Turkish Airlines Open.

“Now I'm probably at an A-minus with one putt at Augusta away from being an A-plus,” he smiled.

That “one putt,” of course, was his birdie attempt on the 72nd hole to beat Sergio Garcia that wandered wide and set up a playoff the Spaniard would win. That’s how thin the margins can be between a good year and a great one.

By contrast, the 37-year-old’s career defies that kind of instant analysis.

Rose’s victory in Turkey, which was sealed with a 10-footer for birdie at the last hole, was the first time he’d won back-to-back starts since 2014, when he followed his victory at the Quicken Loans National with a triumph at the Scottish Open.

It was also his 18th worldwide victory, and prompted the kind of question that normally requires more retrospective than most professionals are willing to allow at this stage of their careers.

It was a historical query cutting to Rose’s place in the game, and prompted a telling response after a noticeably pregnant pause.

It was an even better answer.

Late Saturday following a third-round 64 at Regnum Golf & Spa Resort, Rose was asked about Bradley Neil, a Scottish professional who’d just salvaged his season with a solid finish on the European Challenge Tour to regain his playing privileges. Rose has become something of a mentor to Neil, who missed 11 of his first 16 cuts after turning pro in 2016.

“Making cuts to start a career is easy,” smiled Rose, who famously began his pro career by missing the cut in his first 21 tournament starts.

From that humbling start has emerged one of the game’s most consistent players. In the last 10 years on the PGA Tour, Rose has failed to play the weekend just 40 times. He’s won a major (2013 U.S. Open) and a gold medal (2016 Olympics) and has played on three winning European Ryder Cup teams. He’s transformed himself, with an assist from swing coach Sean Foley, into one of the game’s most consistent ball-strikers and has been a perennial top-10 player in the world golf rankings.

In many respects, Rose is a self-made man. Sure, his “hello, world” moment at the 1998 Open Championship at Royal Birkdale where he tied for fourth place as a 17-year-old amateur suggested almost limitless potential, but make no mistake, he’s come by his success honestly.

Hard work and the unrelenting sensibilities of a perfectionist have hoisted Rose into a uniquely exclusive class. But would he do it all over again if offered the ultimate mulligan?

“I'm not sure I would,” he said. “It's been 20 years of hard graft, hard work and I've achieved a lot. I've achieved a major championship. I've won Olympic gold. I've won a lot of other tournaments. I've had some great moments. To kind of try to do all of that again from a fresh, clean slate, that would be a daunting task.”

Some would say the road ahead appears equally as daunting. In the short term, Rose is within four rounds of winning the European Tour’s Race to Dubai following his back-to-back victories; and another major championship is always the goal, particularly a Masters’ jacket following April’s near-miss.

But there’s an even loftier finish line for Rose, the ultimate benchmark when grading careers that transcend money lists and the kind of week-in and week-out hyperbole that can often blur the bigger picture.

“I've always said I'd like to be a Hall of Fame player, and I guess who makes that determination, I don't know, but that's kind of what I'm working towards,” Rose said. “So is that two major championships and 20 wins? I don't know what it is. Olympic gold will probably be kind of a nice bargaining chip when it comes to that.”

Under the current World Golf Hall of Fame selection process those kinds of questions go largely unanswered. Consider that Davis Love III, who was inducted into the Hall last month, passed the esoteric test with 21 Tour victories and a major (PGA Championship); while Fred Couples was given his Hall pass with 15 titles and the ’92 Masters on his resume.

Whether or not Rose has checked all the required boxes to join that club at this point is a hypothetical waste of time. At least it is to Rose, who knows he still has work to do to assure himself a Hall of Fame locker. But then hard work is what he does best.

“There's a lot more I believe I can achieve,” he said. “My mind is about just trying to get in the conversation, I suppose, and keep winning.”