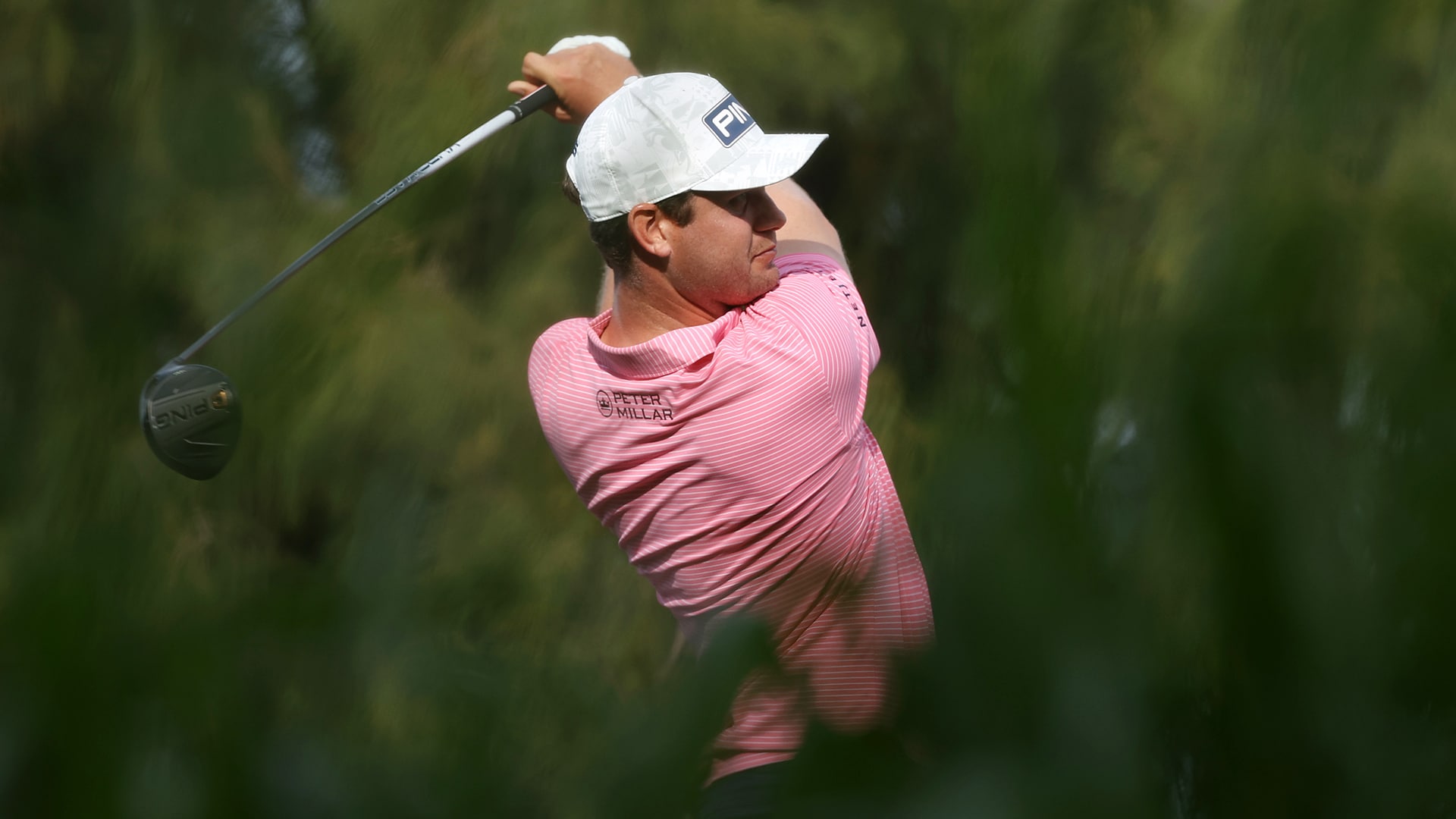 English finished with a 10-foot birdie to cap off an ideal Friday at the Sentry Tournament of Champions with a 6-under 67, giving him a two-shot lead over a quartet of players that includes defending champion Justin Thomas.

Even with a lead, it feels as though the first PGA Tour event of the year is wide open. With virtually no wind, rare for the Plantation Course at Kapalua, scores remained low and several players were stacked up behind him. That includes Masters champion Dustin Johnson, who hit it close enough all round to make a few putts in his round of 65.

“Felt like I got back in the tournament a little bit,” said Johnson, playing for the first time since his Nov. 15 victory at Augusta National.

English is among 16 players at the winners-only event who didn't win last year. Because of the COVID-19 pandemic that wiped out three months on the tour schedule, anyone who reached the Tour Championship qualified this year. English did everything but win, going from No. 369 in the world to among the top 30.

And he's playing like it. He was bogey-free and rarely faced any stress. It's hard to feel that on the western edge of Maui, and English was entertained by a pair of humpback whales splashing their fins in the Pacific below the course.

Thomas lost some of his Aloha spirit on the back nine. He had a one-shot lead at the turn, missed a short birdie chance on the par-3 11th and then struggled to keep it in play. A drive to the left in the native grass kept him from a good birdie opportunity on the short 12th. He hit another one to the left into high grass on the 13th and made his first bogey.

Thomas also failed to convert chances on the next four holes, and the 18th was looking grim when he missed a long iron and came up 40 yards short, a perilous spot with a front pin and the grain running hard toward the back. He clipped a sand wedge and it was about to go too far when it hit the pin and dropped 3 feet away. He made that for his only birdie on the back nine and shot 69.

He was among 16 players separated by four shots going into the final two days.

Xander Schauffele holed an 80-foot eagle putt on the 18th for a 66 and was in the group at 11-under 135 that included Patrick Reed, who had a 68. Another shot behind was the group that included Johnson, Jon Rahm (66) and U.S. Open champion Bryson DeChambeau (67). 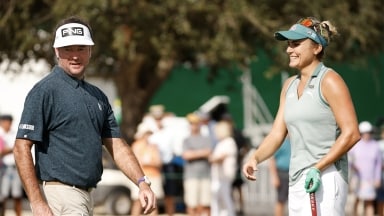 Bubba Waston's drive on No. 13 would ricochet off a fan and fall feet from an ace and teammate Lexi Thompson nearly had an ace, too. 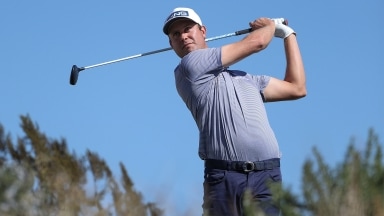