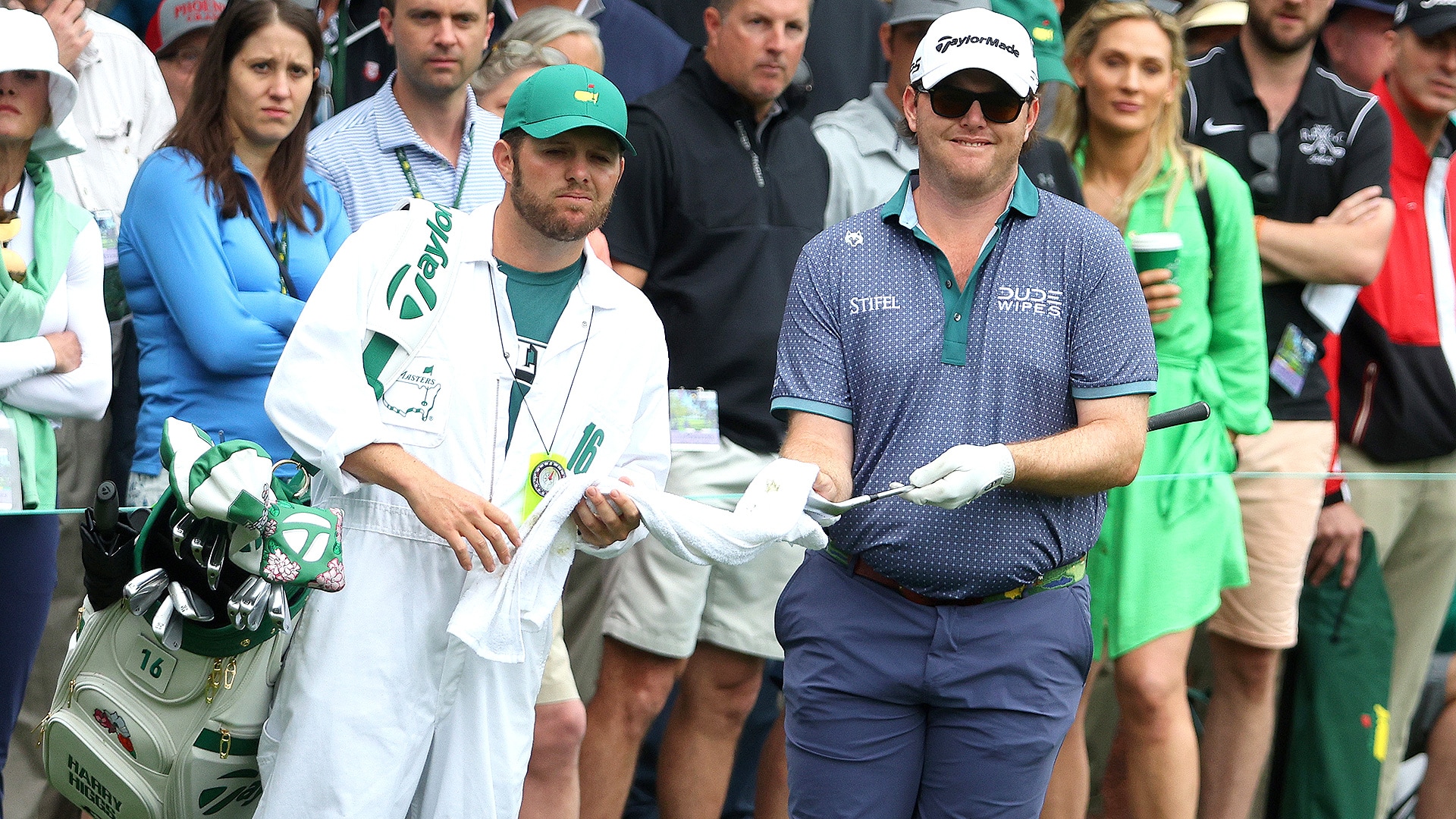 AUGUSTA, Ga. – For a Masters rookie, getting ready for their first tournament at Augusta National Golf Club is challenging enough. But that preparation was complicated even more this week by a complete weather washout on Tuesday and similar delays on Wednesday.

For Harry Higgs, however, the delays and limited practice time forced his team to find a more creative way to prepare.

“On Tuesday, right before play was canceled for the day, I had a nice feeling, and I had hit some good shots, and it just turned into, OK, let's keep feeling that,” Higgs said after his Masters first round. “It's one thing to feel that just holding a club and making air swings, let's say, and it's another to hit a golf ball and hit it into a net.”

Higgs’ swing coach and caddie, his brother, improvised by going to a nearby Dick’s Sporting Goods and purchasing a net that they set up on the back porch of their rental house.

“We covered it with some sheets and towels to make sure that it didn't hit off the little bull's-eye and come flying back at us,” Higgs said. “It was fun. Everybody in the house just sat around and basically watched me hit balls.”

The impromptu practice paid off on Thursday with Higgs opening with a 1-under 71 that included an eventful start of two bogeys (at Nos. 1 and 5) and three birdies (at Nos. 2, 3 and 4). He was tied for 11th and three shots off the early lead when he completed his round. 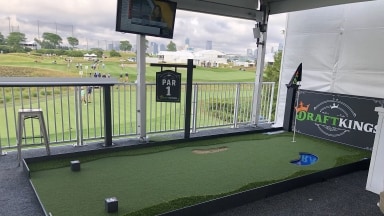 As golf enters the new world of sports betting, the faceless on social media are only going to become more outspoken and angry. 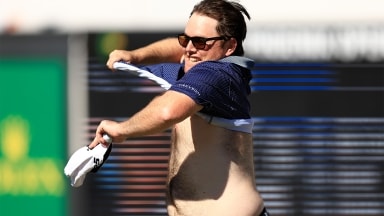 Higgs may be fined, but (clothed) fun planned

Higgs said he and Dahmen plan to make the most of any potential fine by creating a GoFundMe page with an eye toward charity. 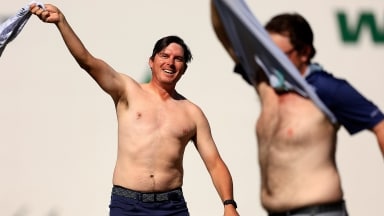 It was just a couple of pars, but Joel Dahmen and Harry Higgs went bare-chested in celebration on Sunday at No. 16.