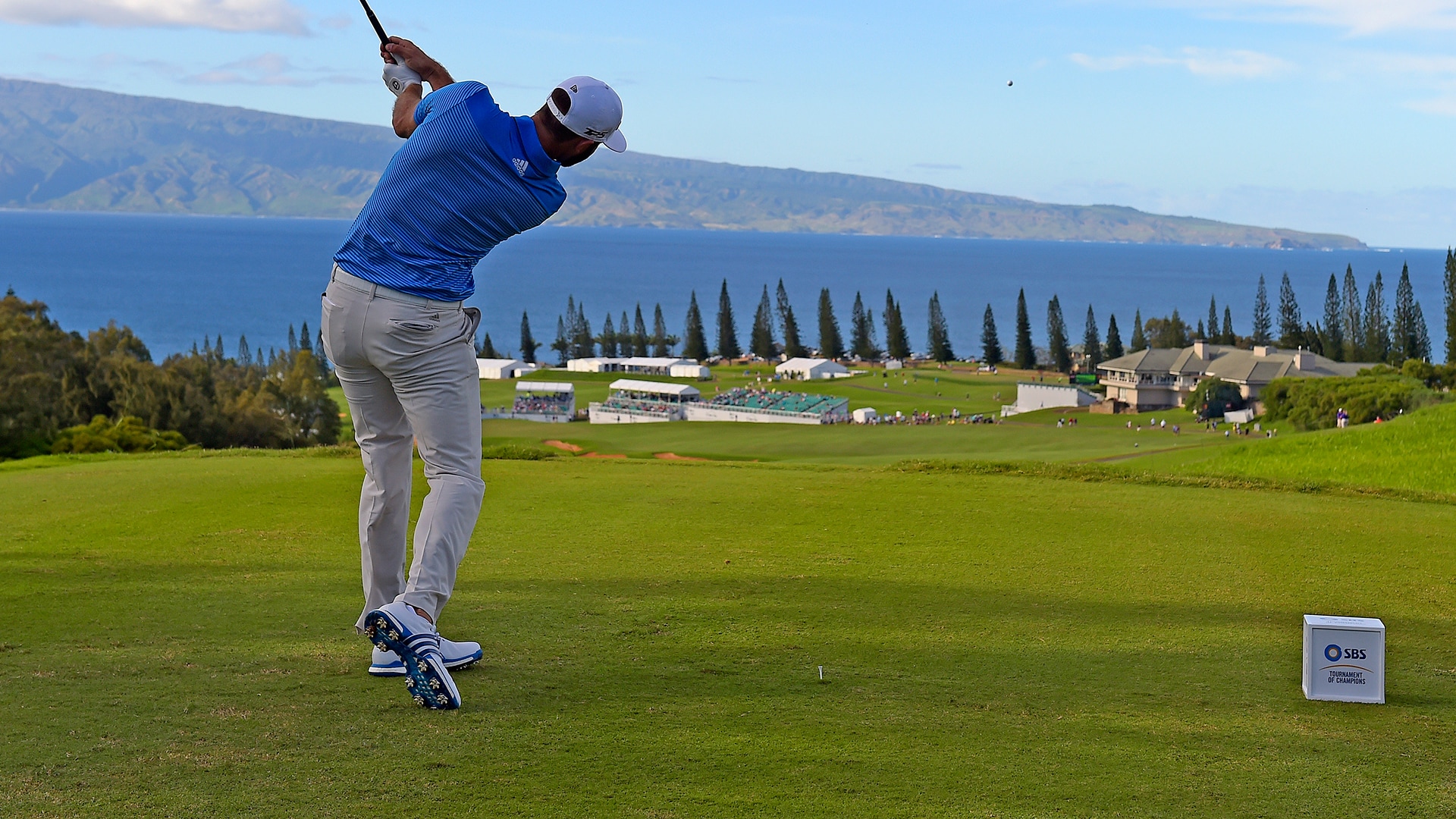 KAPALUA, Hawaii – This should come as no surprise to anyone with even a passing interest in golf, but Dustin Johnson loves Kapalua, all 7,452 sprawling yards of what is by any definition a bomber’s ballpark.

“This golf course, it's a good golf course for me. I like it. It's big. It's pretty long. I can hit a lot of drivers. I enjoy it,” Johnson said on Wednesday at the Sentry Tournament of Champions.

This is Johnson’s seventh start at the annual PGA Tour lid-lifter and his record reflects his affinity for the course; the world No. 1 won this event in 2013 and finished inside the top 10 on five occasions.

What may surprise some, however, is that the 33-year-old said he’s finally close to being back at 100 percent after suffering a back injury on the eve of last year's Masters.

“Probably for a good five months, it took a long time to recover from it,” he said. “It really affected my rotation through the ball.”

Johnson rallied to win The Northern Trust in August, but thoughts of what would have been in 2018 have given him an added level of motivation as he prepares for what he hopes is another solid run.

“I feel like the game's starting to get back to close to the form it was when I was playing so well there at the beginning of last year,” Johnson said.