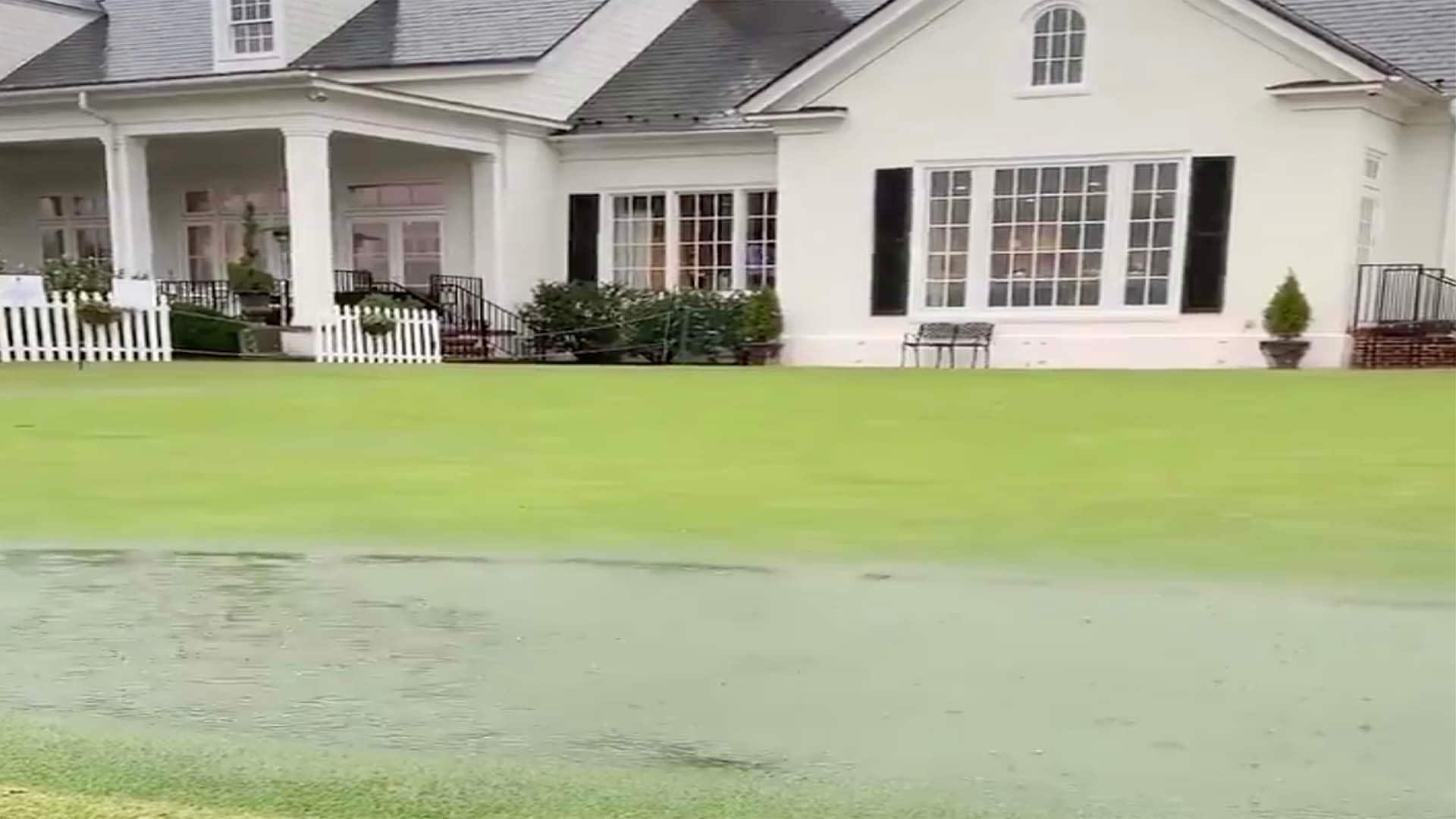 RICHMOND, Va. — Heavy rain forecast to last throughout the day forced the postponement of the third round of the PGA Tour Champions event on Sunday.

The Dominion Energy Charity Classic, the first of three tournaments in the tour's Champions' Charles Schwab Cup playoffs, will resume on the Country Club of Virginia's James River Course at 8 a.m. Monday.

Scott Parel and Tommy Tolles share the lead at 12 under par, with Colin Montgomerie one shot back.

Parel won twice last season on the tour for players 50 and over, and Tolles is seeking his first victory in three years on the tour. He entered the week 59th in the Charles Schwab Cup standings, and only the top 54 will advance to the next event, the Invesco QQQ Championship on Nov. 1-3 in Thousand Oaks, California.

Bernhard Langer (65), Miguel Angel Jimenez (68) and Retief Goosen (68) will begin the final round three shots off the lead.