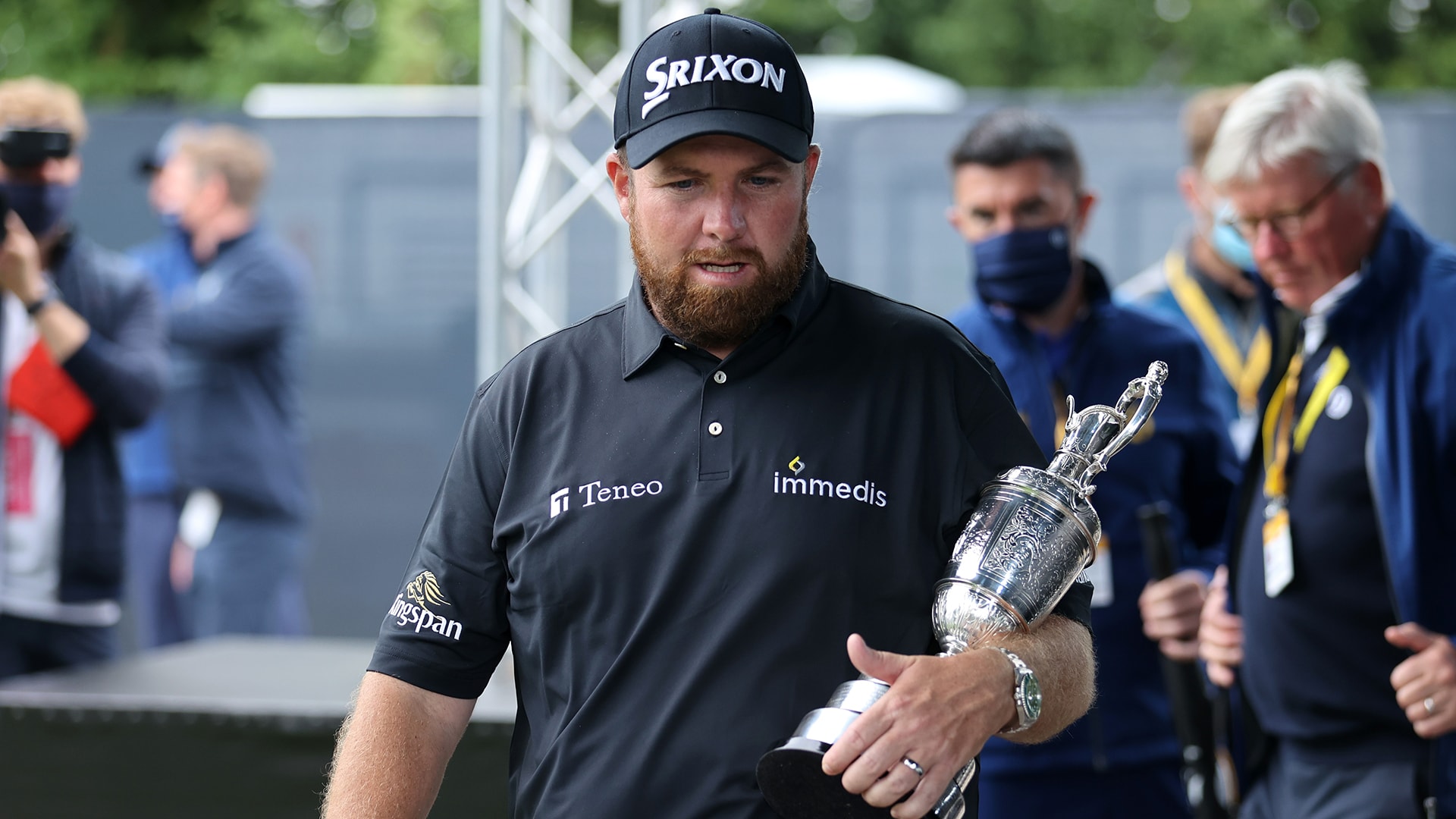 SANDWICH, England – When the full inventory of 2020 is taken, Shane Lowry can sheepishly take a rare 'W.'

The pandemic that brought the world to a standstill and threatened to unravel the fabric of everyday life did provide the Irishman with the chance to savor his signature victory at the 2019 Open Championship for a little longer.

On Monday at Royal St. George’s, Lowry echoed a familiar theme from 2020.

But Lowry also conceded that last year’s scrapping of The Open came with a silver lining: “I'm really looking forward to the week ahead. Not that I'm ready to give the claret jug back,” he laughed.

It’s been 24 months since Lowry’s emotional victory at Royal Portrush. That’s 24 months of victory laps, untold amounts of toasts from the coveted jug and loads of introductions as the “Champion Golfer of the Year.” But even those 12 extra months of glory can’t fill the hole that last year’s cancellation left.

Some might consider last year’s Ryder Cup, which was also rescheduled for 2021, the season’s greatest loss, but the majority of players and fans would first lament the cancellation of the ’20 Open.

Players don’t second-guess the R&A’s decision to cancel last year’s championship; mired in a pandemic with unprecedented travel restrictions, there were no other options. That a full year also allowed officials to return to something approaching normal this week at Royal St. George’s only served to remind players why the Open Championship is so special.

“Like I don't want to be here playing in front of nobody, so I think it's great that there's 32,000 people, and I was very excited when I heard that there was going to be that many people here,” Lowry said.

But mostly players are just excited to be back at The Open. Every major has its own personality. The Masters is spring and Augusta National in bloom. The PGA Championship has settled into its new slot in the Grand Slam schedule with historic finishes in ’19 (Brooks Koepka) and ’21 (Phil Mickelson). The U.S. Open is, well, it’s the U.S. Open.

But for many, The Open Championship is atop the Grand Slam food chain.

“It’s a tough one because 2020 provided a lot of challenges for a lot of different reasons, the other three majors were played and this one wasn’t,” Rory McIlroy said. “In my opinion this is the biggest and best of them all and the fact that this one wasn’t played was disappointing but understandably things were different here than they were in the states.

“It just makes it a little sweeter that we’re here.”

The return of The Open to this year’s schedule is a step closer to normal, which is everything that last year wasn’t.

Under the best of circumstances, The Open is a constant reminder that connects generations of players on ancient fields. That notion has only been magnified by last year’s championship. It’s the classic you don’t know what you’ve got until it’s gone.

Early Monday, Lowry returned the claret jug to officials in an informal ceremony. His 24 months as the “Champion Golfer of the Year” was over – for all the better and all the worse. The moment was something of a bookend after the chaos of 2020. Through a pandemic, a lockdown and endless cancelations professional golf appears to be back to normal, albeit with a healthy list of COVID-19 protocols that continue to loom over the competition.

The claret jug, the fans and golf’s oldest championship is back.