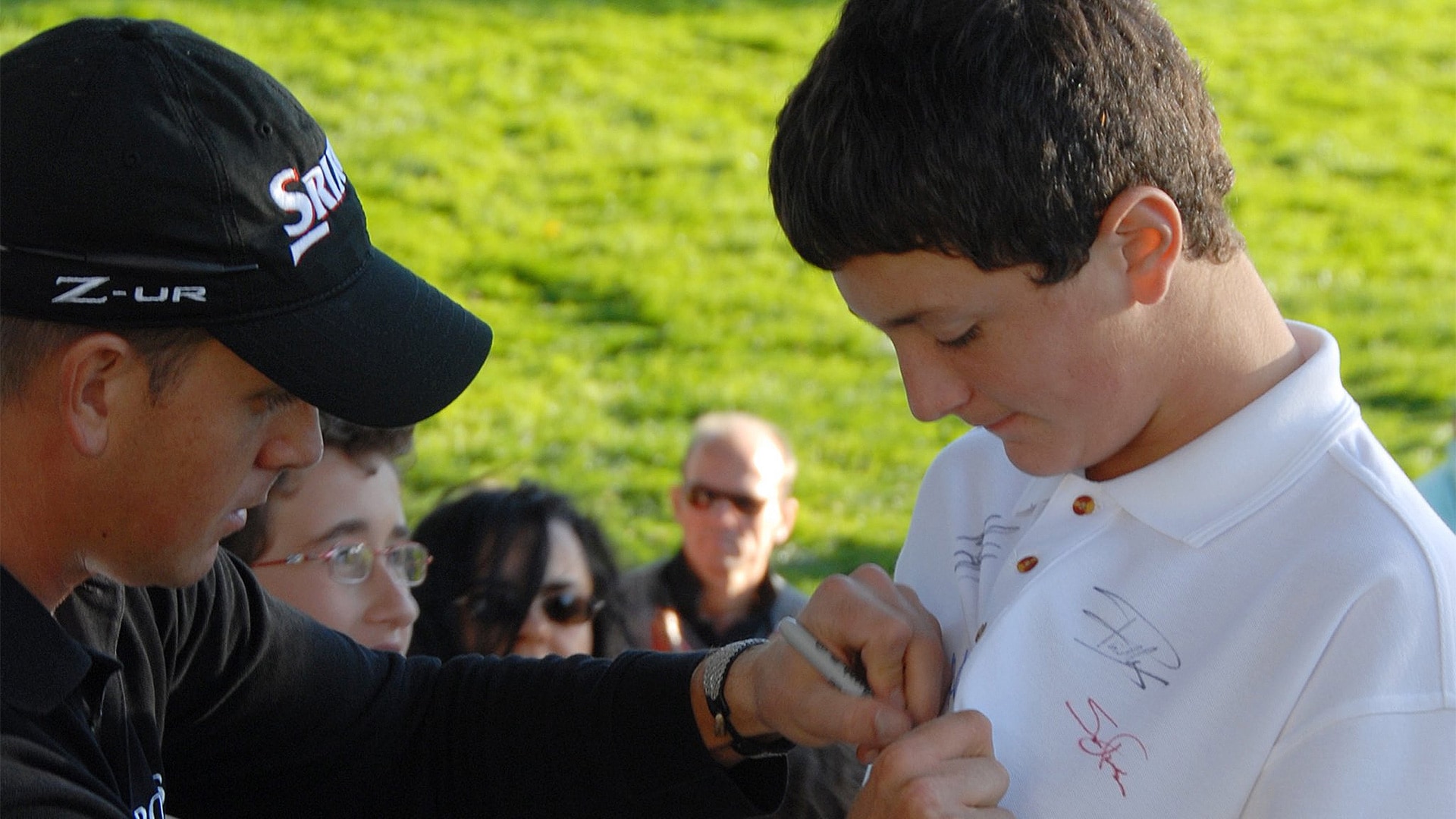 Thirteen years ago at the Volvo Masters, Henrik Stenson was a top-20 player in the Official World Golf Ranking, playing in the European Tour's season finale at Valderrama in Sotogrande, Spain.

Stenson tied for 38th that week, but made a lasting impression on one fan ... one Jon Rahm.

Rahm was a 13-year-old spectator that week and Stenson, as seen above, signed Rahm's shirt.

Rahm went on to win this event in 2019 on his way to being the tour's Player of the Year. And now, after winning this past week's Memorial Tournament, Rahm is the No. 1 player in the world.