Stenson (rib) out for last two Race to Dubai events 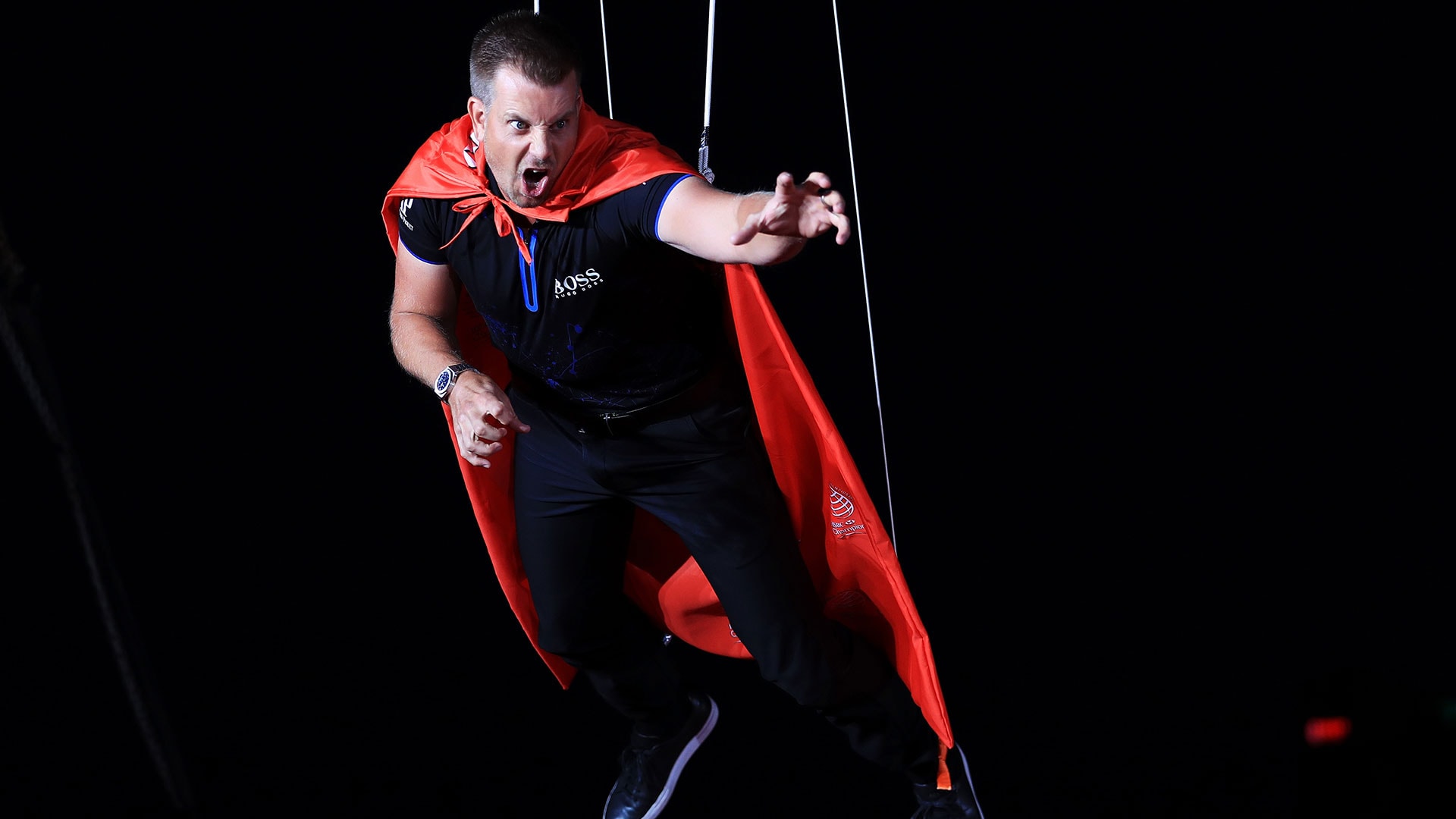 Henrik Stenson has reportedly withdrawn from the final two events in the European Tour's Race to Dubai because of a rib injury he sustained during a promotional photo shoot at the WGC-HSBC Champions last month.

Stenson finished T-35 last week at the Turkish Airlines Open, but he explained that he was far from 100 percent. The Swede hinted that his injury stemmed from the Oct. 24 publicity stunt where several top-ranked players were suspended in the air by a harness while donning capes.

"I'm not Superman even though certain people thought I was Superman," Stenson said.

While he described his upcoming schedule as "pending" on Sunday, a report from the U.K.'s Telegraph on Monday indicated that Stenson has pulled out of this week's Nedbank Golf Challenge and next week's DP World Tour Championship.

His status for the Nov. 30-Dec. 3 Hero World Challenge, which he entered as an alternate following the withdrawals last week of Jason Day and Marc Leishman, remains uncertain.

According to the Telegraph report, Stenson is also "annoyed about being persuaded" to take part in the photoshoot. While other participants included world No. 1 Dustin Johnson and defending champ Hideki Matsuyama, the report indicates that other notable players "refused to participate in the escapade."