Highlights from Tiger's opening round at Hero 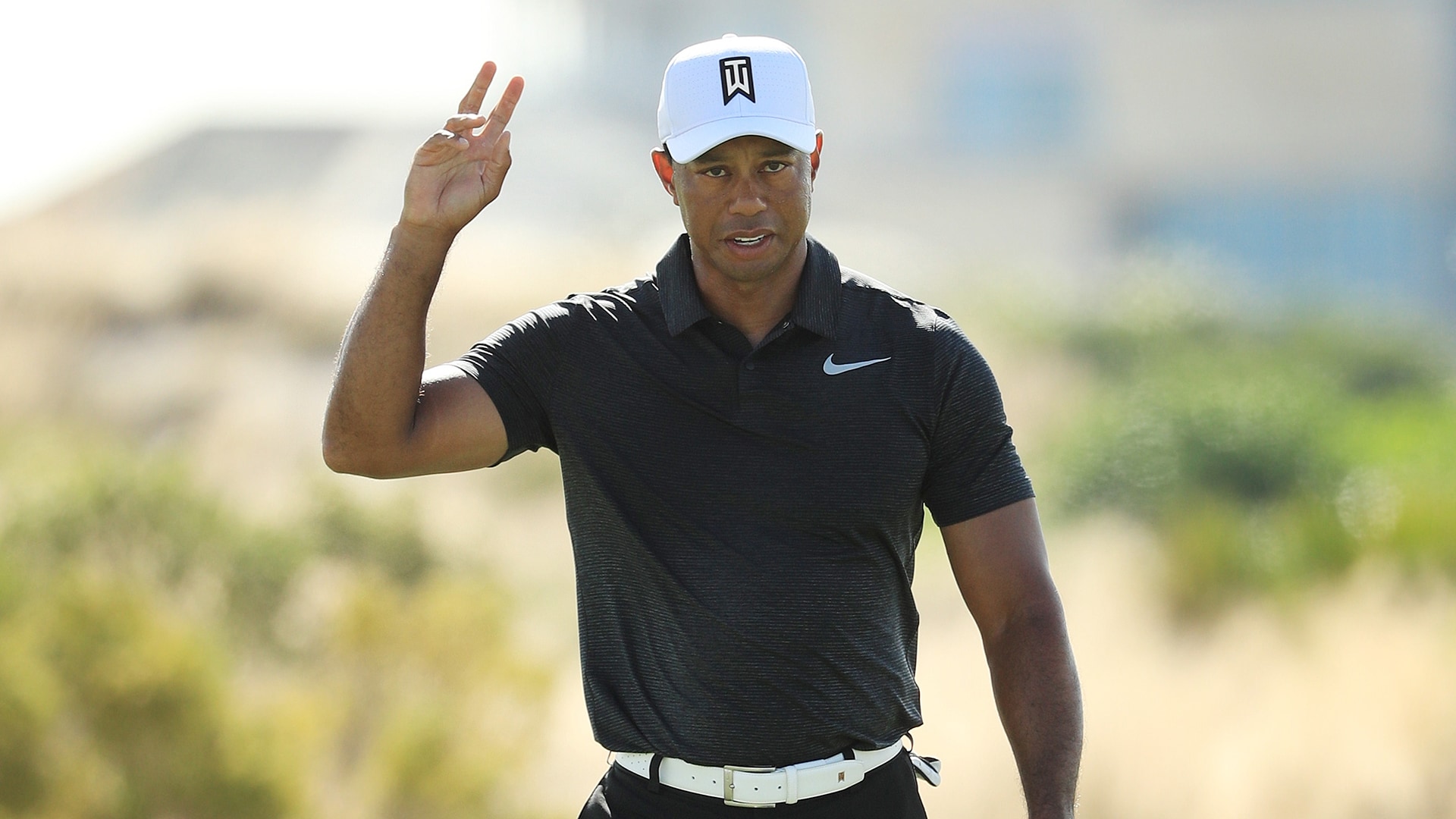 Tiger Woods made his latest return to competitive golf with a round of 3-under 69 Thursday at the Hero World Challenge.

In his first start after anterior lumbar fusion surgery, Woods started his round by ripping this drive approximately 30 yards past his playing partner, Justin Thomas.

301 days later. We are off! pic.twitter.com/YEYmlwE3zW

After two-putt pars at both Nos. 1 and 2, Woods found the fairway at the par-5 third and then got home in two via this 2-iron into the wind.

That shot set up another two-putt, but this one resulted in his first birdie of the day.

That didn't take long. @TigerWoods is in with birdie at No. 3 to move to (-1).#QuickHits pic.twitter.com/Xu1CVvtEhY

The short-game yips that have haunted Woods in recent years reared their head when Tiger missed the green at the par-4 fourth and then fatted the first chip of his round. But Woods recovered with this lengthy par save and trademark fist pump.

Following four straight pars, Tiger moved himself to 2 under par when he poured in this birdie putt at eight.

Unfortunately, Woods would give back a shot when he chunked another chip at the par-5 ninth, making the turn in 1-under 35. But he bounced right back with this birdie at the 10th.

A bounce-back birdie.@TigerWoods gets back to (-2) with a birdie on No. 10.#QuickHits pic.twitter.com/hZ7GsJwZUn

Back-to-back birdies. @TigerWoods is one shot off the lead at the Hero World Challenge.#QuickHits pic.twitter.com/4HSBUi7E0M

Woods would give one of those two shots back at 15 before closing with three straight pars at 16, 17 and 18 to play the back nine in 2-under 34.

That'll do it.@TigerWoods opens with a 69 in his first competitive round back in 301 days.#QuickHits pic.twitter.com/zNNCGEsFqR