Highlights: Tiger Woods catches fire on front nine, but struggles on back 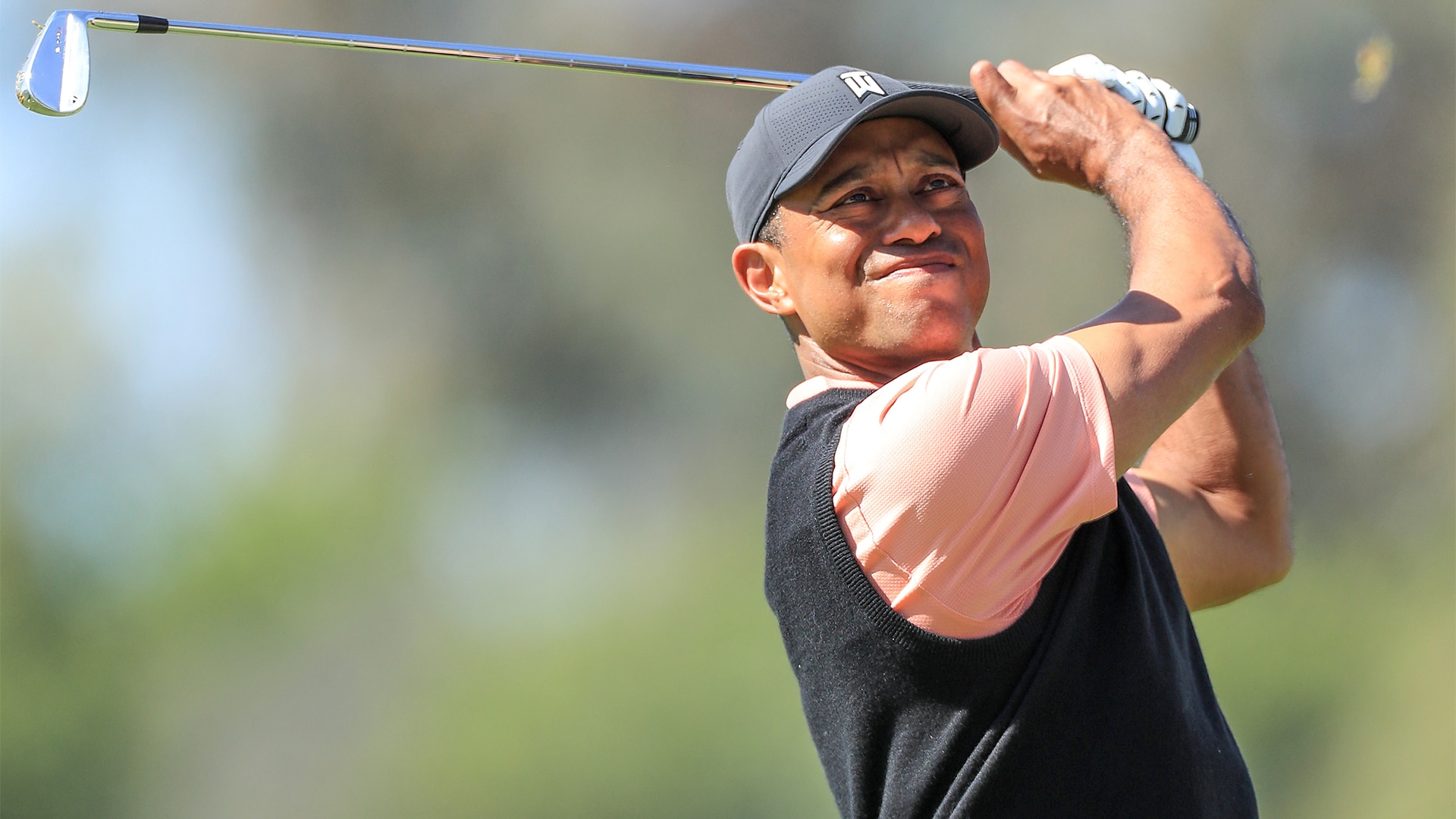 Tiger Woods is in pursuit of his first win at Riviera Country Club and his record-breaking 83rd PGA Tour victory at the Genesis Invitational this week, and he got off to a start that proved he means business in Round 1.

Woods eagled the very first hole. Yeah, seriously. After his approach shot settled on the back of the green on the par 5, Woods left himself just under 25 feet to begin the round with a 3. He buried it.

A couple ho-hum pars led him to the par-4 fifth, where he stuffed his approach to inside 3 feet. That easy tap in would take him to 3 under on the day.

Then came another dart, this time on No. 8. With 103 yards to the hole, Woods left himself just over 2 feet for a tap-in birdie to vault him up the leaderboard into a tie for second with a lot of golf left.

Woods dropped his first shot of the day at the par-4 12th after he missed a short tester for par. But you have to see this impressive cut around the trees on No. 15 — Don't ask why he was over there.

And in case you wanted to see it in slow motion...